After decades of failed military action we still don’t know what drives citizens to terror. 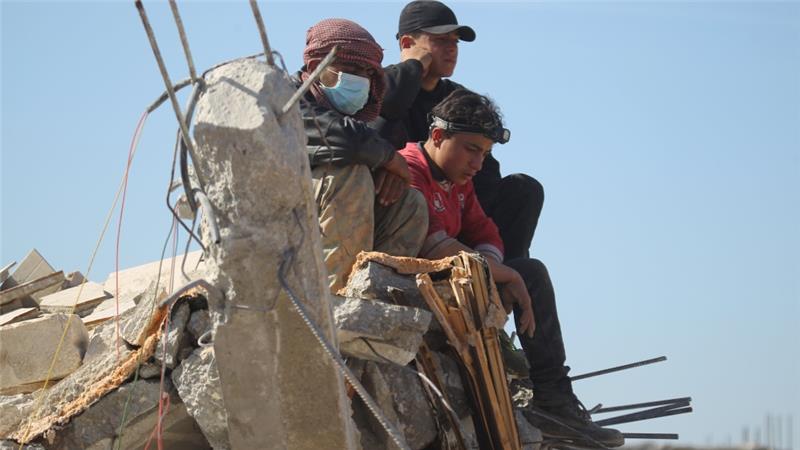 A military-based ‘security’ policy neither achieves genuine security for the citizenry nor lays the groundwork for national economic development, writes Khouri [Reuters]

27 Jul 2016 – Once again in recent weeks, the world has witnessed what has become a sad recurring phenomenon: Arab and foreign countries meet to discuss how to increase their cooperation to defeat Islamic State of Iraq and the Levant (ISIL, also known as ISIS) and al-Qaeda, while simultaneously those and other groups only expand their attacks across much of the world.

At what point does the world – especially Arab and Western countries at the core of this problem – recognise that the current strategy to defeat terrorism is not working, but in fact is expanding the networks of individuals and groups that are prepared to die for their criminal cause?

In the last week, defence ministers from 38 countries led by the United States and Arab foreign ministers met separately and continued this charade.

They vowed to enhance their battle against ISIL and al-Qaeda, but obviously remain blind to the fact that their strategies are ineffective and also probably counterproductive.

At Andrews Air Force Base near Washington, American, French, British and other defence officials repeated their commitment to expand the battle against ISIL, especially to smash its core bases in the cities of Raqqa in Syria and Mosul in Iraq.

They spoke also of enhancing non-military means of defeating ISIL, via social media, better post-conflict stabilisation in Mosul and Raqqa, and other approaches. The French and the US governments also announced expanded military engagements in the battles under way.

The negative consequences of such short-sighted and misguided failed policies have now spread far beyond those scarred lands, and terrorise civilians across Europe and the US

Arab foreign ministers for their part met in preparation for this week’s Arab League summit in Mauritania, and pledged to “defeat terrorism” and expand this fight across the region.

“We must defeat terrorism, it’s a priority,” Egyptian Foreign Minister Sameh Shoukry said. Ironically, he highlighted the long-standing dilemma that Egypt and all Arab and Western powers experience: the more they use military force to defeat terrorism, the more governance and economic chaos they create on the ground, the greater becomes the pool of millions of desperate people in places such as Iraq, Yemen, Syria and Libya, and the easier it becomes for terrorists to recruit new members and establish satellite bases in those lands.

Not only has the straight military battle against ISIL, al-Qaeda and their ilk for the past two decades failed to quell these movements, it is now also obvious to any observer or official who deals with the realities – rather than the fantasies – of our world that terrorism in these forms will remain with us as long as underlying social, economic, political, and environmental conditions in many Arab and other developing countries remain unchanged.

These include notable lack of any democratic rights for citizens, high and stagnant unemployment and underemployment rates, increasing informal labour, significant declines in education quality, steadily rising numbers of children out of school – likely to reach 25 million in the coming years – and rampant deficiencies in adequate housing, public transport, clean water access, and, recently in some countries, reliable electricity supplies.

The Arab and Western meetings of senior officials this week signal that the world should expect to put up with many more years of terror and other forms of societal disruption, deviance, and crime.

This is for the simple reason that after decades of failed military action we still have not seen a single significant commitment from incumbent officials of any plans to address these and other underlying causes of the desperation and dehumanisation that drive some citizens to terror.

The failure of military based security

Egypt and the US capture this problem better than most other countries. Their common commitment to heavy-handed militarism locally and regionally has certainly spurred more terrorism than it has stopped.

And their shared policies that deny Arab citizens basic political, social and economic rights have vastly expanded the pool of vulnerable young men and families that feed the strong recruiting chains for ISIL, al-Qaeda and many other such groups.

Egypt’s hard military response in the Northern Sinai region over the past five years has included destroying hundreds of homes, banning independent reporting in the area, killing suspected militants, and jailing hundreds of people.

This approach has seen a small local group of Islamist militants called Ansar Beit al-Maqdis develop into a wider insurgency that is now formally allied to ISIL, and also has carried out assassinations and bombings in central Cairo.

Over the past two years, Egypt under President Abdel Fattah el-Sisi has imprisoned more than 40,000 citizens – some estimates say closer to 60,000 – mainly to stem political dissent or independent activism.

This has led to heightened security concerns alongside greater economic worries. The Egyptian pound has lost a good chunk of its value against the dollar in the past few years, while tourism, employment, and other economic sectors remain stressed.

In other words, a military-based “security” policy neither achieves genuine security for the citizenry, nor lays the groundwork for national economic development.

The American-led approach to fighting ISIL achieves the same problematic results on a much wider regional scale.

Active warfare and serious national fragmentation or collapse are the fate of every country where the US and others in the past two decades have fought terrorism mainly militarily – Yemen, Afghanistan, Syria, Iraq, Libya – without addressing any of the underlying social, political, and economic disparities and deficiencies that are the deeper drivers of terror.

The negative consequences of such short-sighted and misguided failed policies have now spread far beyond those scarred lands, and terrorise civilians across Europe and the US, as they have done throughout the Arab-Asian region for decades.

When the Arab foreign ministers this week said in their statement that they agree to support “all [initiatives] that can help to end the crises of the Arab world, especially the Syrian, Libyan, and Yemeni conflicts”, one wonders why they have made no efforts to launch the single most effective initiative that can end the massive crises of governance, development, and even legitimacy in many Arab states: democratisation and the consent of the governed.

Rami G Khouri is a senior public policy fellow at the Issam Fares Institute at the American University of Beirut and a non-resident senior fellow at Harvard University Kennedy School.