18 Sep 2016 – And it happened that in those days, hired assassins disguised themselves as Senators, a significant number, but not all, and decided to attack an honorable and incorruptible woman who blocked their path to State power. Once in power, they would do what they had always done: take the public goods for their personal enrichment, escaping the reach of Justice and carrying on with their privileged situation, as always, at the expense of the people they want to exclude, and marginalize, as a useful reserve army for their services, as chattel.

They took sadistic pleasure in hurting an incorruptible and honorable woman, on the pretext that some of her fiscal practices had been criminal, something that the great majority of legal and economics specialists denied. They staged a farce and betrayed the Constitution. Removing a President without having proven a crime is a coup. The correct term for it is: a “parliamentary coup.” They were petulant, hypocritically claiming that it made them feel bad, even as they spoke of ushering in an “era, a new spring, the beginning of a new Brazil, prosperous and just.” A lie! 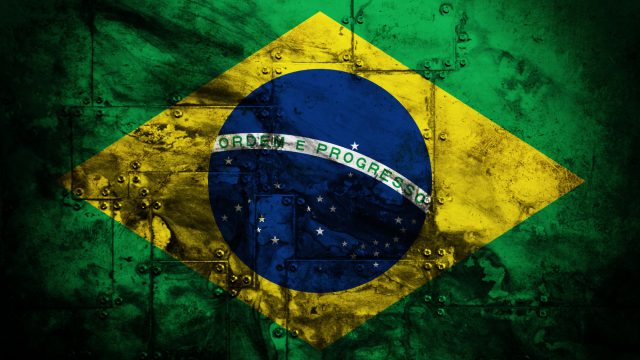 The plan, “A Bridge to the Future”, is in fact a bridge backwards, because it would eliminate the gains that the workers, women, Blacks, indigenous peoples, the LGBT communities, the poor and the invisible, had won for the first time in our history in terms of social inclusion, better salaries, health, education, labor law, retirement and access to technical and higher education. And what is worse: they want to keep the people illiterate, so that they will be silent and unable to demand their rights and dignity.

Now it is the Market that matters. Someone who wants medical treatment must go to the Market; and pay.

Whoever wants to go to a University must first go to the Marker, and pay. Everything will be turned into merchandise to be bought and sold. Can dignity be bought? Can solidarity be bought? Must love be purchased? It doesn’t matter. Those things do not count for them. But can someone live and be happy without them?

At the beginning of the conquest and domination of Mexico, there was “the saddest night”, in 1520, when much of the Spanish army was destroyed. Now we have “the saddest day” , in 2016, when a woman President was unjustly divested of the power she gained through the ballot.

In the Senate chambers and in the hallways there is spilled blood. A “political sad night” has fallen on Brazil, stealing hope from those who had climbed out of misery, and who now risk falling back into it.

And those who struggled to consolidate democracy of a social kind and to respect the will of the people, as expressed at the ballot boxes, were betrayed again. This is the day of “the long daggers” that were raised against an honorable woman and that gravely wounded the sovereignty of the people.

Today, August 31, 2016, is a day of sadness. Those who mounted that spectacle and the assassin-Senators will carry the stigma of golpistas and frauds for the rest of their lives. Their consciences will haunt them, and their legacies will be destroyed. The will to condemn cannot replace reason, that leads towards truth. They smothered truth under the mantel of injustice.

They will be in sinister company, the company of those who, years ago, assaulted the State, oppressed the people, tortured many, as they have done now with President Dilma Rousseff, and murdered those who sought to restore democracy.

And, at the end of their lives, they will face a greater Judge, who will expose all the injustice they have consciously committed.

Leonardo Boff is a Brazilian theologian, ecologist, writer and university professor exponent of the Liberation Theology. He is a former friar, member of the Franciscan Order, respected for his advocacy of social causes and environmental issues.