Empire in Decline: When the Oligarchy Inherits the Wind

The US may elect as President a racist, xenophobic, narcissistic, con man with no knowledge of policy or governance.

As of now, Trump holds a slight lead over Clinton in the latest poll.

Real progressives could be forgiven for feeling a healthy dose of schadenfreude, but then, schadenfreude is a bitter banquet if you’re all in the same lifeboat.

How could this be happening?  Well, the bottom line is, the Oligarchy is getting hoisted on its own petard.

For going on three decades now, the Oligarchy has been turning elections into a game of “heads-I-win, tails-you-lose” in which candidates from either party represented them, and not us.

The only difference between the two parties and the majority of the candidates they field is how they portray themselves, and how closely they feel they have to hew toward reality.  In terms of what they actually do once elected, the differences are less pronounced.

Three studies reveal how completely the Oligarchy controls the process, what the consequences are in terms of policy, and why a citizen’s revolt was inevitable.

The first, Testing Theories of American Politics: Elites, Interest Groups and Average Citizens, showed incontrovertibly how completely the average citizens have been disenfranchised.  As Gilens and Page note, citizens have “…only a minuscule, near-zero, statistically non-significant impact upon public policy.”  Polls on a wide range of specific issues back up this conclusion.

The second study, in which economists Saez, Zucman, and Piketty updated their analysis on wealth inequality, reveals that the Oligarchy walked away with the vast majority of the new wealth and income generated since 1980.  For example:

So, in essence, the Oligarchy took control, then took the money.

In the third study, pollsters and political consultants Patrick Caldell, Bob Perkins and Scott Miller reported on what they called The Smith Project, an in depth look at how voters perceive contemporary politics.  Here’s how they characterize their findings:

American voters strongly believe that corruption and crony capitalism are among the most important issues facing our nation — almost equal to jobs and the economy. Political alienation has existed for decades, but it now envelops over three-fifths of all voters.  These are the numbers that precede a political upheaval.

They go on to cite some startling statistics on individual issues:

In short, here’s what the three studies tell us: The Oligarchy has run a silent coup and now controls the country – including both parties; they’ve used their power to feather their own nest; and Americans realize it, and they rightfully resent it.

There’s been a lot of head scratching on the part of pundits, media and politicians about what’s happening in this election cycle, and how to account for Trump’s takeover of the Republican Party and Sander’s near takeover of the Democrats, and how—in the name of all that’s rational—someone like Trump is doing so well.

The answer to the headscratchers and the rest of the establishment lies in these three studies.  People have had it with the politics of privilege, and the favoritism of the elite, by the elite. That, Dr. Krugman and the rest of the establishment media, is why Hillary’s emails showing favoritism to those donating to the Clinton Foundation—which was established to do good, after all—is sticking, while Trump’s many more, and worse, transgressions get a pass.

The Democratic Party still lives in Davos-land, a place where it’s still possible to believe—or at least pretend—that serving the ultra-rich and corporations while purporting to represent the people at the same time is anything but a conflict of interest.  The people aren’t buying it.

Republicans—shocked that their silent dog whistle politics of hate, racism, jingoism and militarism has turned loud and rowdy and explicit—are still trying desperately to understand what happened to JEB! And Marco.

Meanwhile, a lunatic hatemonger is getting nearer and nearer to having his tiny fingers on the nuclear code. 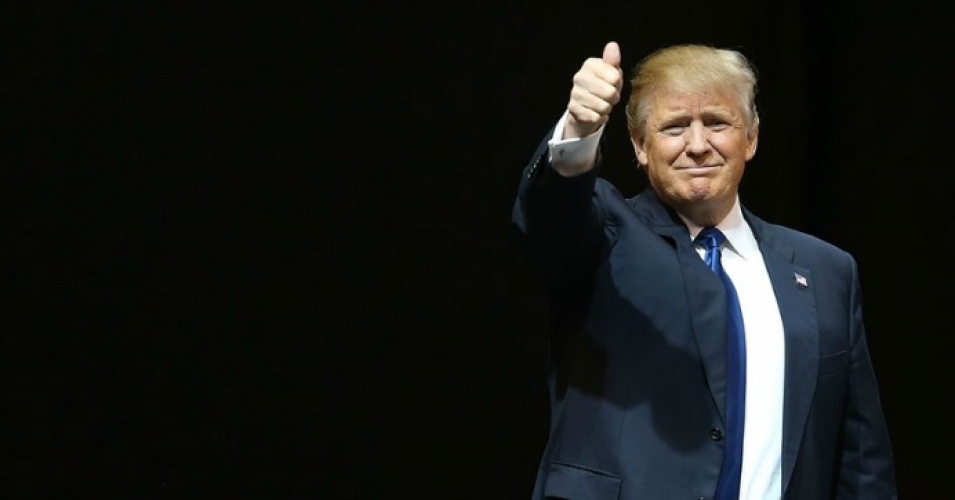 The people who told us Hillary was our best shot to win, and who then stacked the deck so she would, have a lot to answer for.  Sanders was ahead of Trump by double digits, at a time when Hillary was even or behind in polls, and it’s getting increasingly clear that he would have been a far stronger candidate in the general election.

But Hillary was the Oligarch’s candidate, and the Oligarchy still rules the Democratic Party, and still seems intent on turning elections into a something with all the truth and reality of a Kabuki dance in a Potemkin village.

John Atcheson is author of the novel, A Being Darkly Wise, an eco-thriller and book one of a trilogy centered on global warming. His writing has appeared in The New York Times, the Washington Post, the Baltimore Sun, the San Jose Mercury News and other major newspapers. Atcheson’s book reviews are featured on Climateprogess.org.