The Intellectuals We Abandon

This is a transcript of a speech that Chris Hedges gave on 3 Sep 2016 at the annual meeting of the American Political Science Association in Philadelphia. 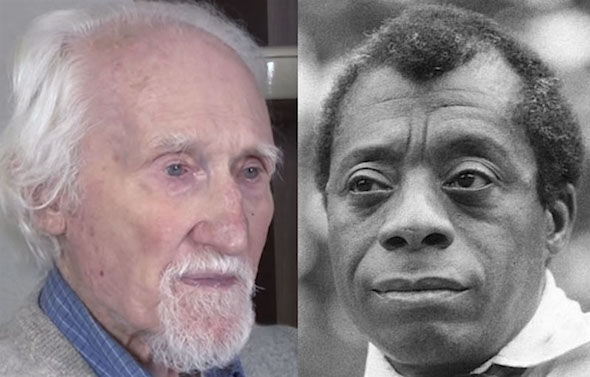 Great writers and intellectuals give us a vocabulary that allows us to make sense of reality. They excavate depths that we, without their help, are unable to fathom. We are captive to systems of power until we can name the dominant myths and the intricate systems of coercion and control that extinguish our freedom.

We are a society awash in skillfully manufactured lies. Solitude that makes thought possible—a removal from the electronic cacophony that besieges us—is harder and harder to find. We have severed ourselves from a print-based culture. We are unable to grapple with the nuances and complexity of ideas. We have traded ideas for fabricated clichés. We speak in the hollow language we are given by our corporate masters. Reality, presented to us as image, is unexamined and therefore false. We are culturally illiterate. And because of our cultural illiteracy we are easily manipulated and controlled.

The great writers—Marcel Proust, Anton Chekhov, Hannah Arendt, Simone Weil, Max Weber, Samuel Beckett, George Orwell, W.E.B. Du Bois, James Baldwin and others—knew that thought is subversive. They challenged and critiqued the dominant narrative, assumptions and structures that buttress power. They freed us. They did not cater to the latest fashion of the academy or popular culture. They did not seek adulation. They did not build pathetic monuments to themselves. They elucidated difficult and hard truths. They served humanity. They lifted up voices the power elites seek to discredit, marginalize or crush.

Sheldon Wolin was a writer of this stature. He gave us the words and the ideas to understand our corporate despotism—what he called “inverted totalitarianism.” He did so by battling the dominant trend within university political science departments that, as he lamented, has seen them become de facto social science departments “addicted” to quantitative projects, chasing after an unachievable scientific clarity and refusing to take a stand or examine the major issues facing the wider society.

This quantitative gathering of “value-free” facts may get you tenure. It may get you invited as a courtier into the machinery of power—indeed, academic writing too often serves the ends of power. But these pursuits, as Wolin reminded us, are intellectual treason. Wolin was not afraid to ask the huge, esoteric, uncomfortable and often unanswerable questions that make the life of the mind and political thought vital and important. He called out corporate power for its destruction of our capitalist democracy. He railed against the commodification of the individual and the ecosystem. He unmasked the mechanisms of manipulation. He denounced our corporate coup d’état. He upheld the integrity of the scholar. And he was often alone.

I taught his “Politics and Vision” last spring in a maximum-security prison in Rahway, N.J., to students earning their B.A. degrees. Intellectuals in our society who are poor, especially those of color, are trapped in environments and schools, and too often prisons, that make learning difficult and often impossible.

In prison these intellectuals, struggling against odds that most in this hall cannot imagine, convert their cells into libraries. My class was consumed by “Politics and Vision”—Machiavelli’s advocacy of “calculated violence” and call for the power elites to be skillful pretenders and dissemblers; Locke’s ability to convert property into an instrument for coercing citizens into political obedience; Weber’s understanding that the modern hero, unlike the classical hero battling fortuna, had to struggle against a bloodless, faceless system “where contingency has been routed by bureaucratized procedures” and where “even charisma has been bureaucratized.” The ideological mantra of corporate oppression—sine ira et studio, without scorn or bias—is, as Weber knew, a weapon to crush those with the passion, outrage, courage and vision to effect change. Wolin warned in the book that “each individual bore the awful responsibility for choice at this ultimate level but each was denied anything like the scientist’s sense of certainty.” He quoted Weber, whom he loved: “The ultimate possible attitudes towards life are irreconcilable and hence their struggle can never be brought to a final conclusion.”

This course expanded, at the requests of my students, from the required 12 class meetings to 24 and then 36. As they sat in a circle in the prison classroom week after week hunched over the text, my students began to discern that Wolin had another quality besides brilliance. He cared. And he cared about them. They were his demos. When we finished Marx, the class fell silent. One of my students then lamented that they had been waiting all semester for Marx and now it was over. I promised that once we had completed the book I would give a final lecture on Marx. By then you could feel Wolin’s presence in the classroom.

One of the many cruelties of corporate capitalism is that it has abandoned the poor and, among them, the gifted intellectuals I teach. And even when they do manage to climb out of the deep black hole we have constructed for them, even when they are able to achieve academic success, they remain stigmatized as poor men and women of color with a prison record. The abject failure to provide an education to the poor, to nurture this potential and these intellectuals—and by this I do not mean sitting on a scholarship committee but going to teach in the internal colonies and the prisons where our poor are trapped—is one of the most damning marks on academia.

One of my students, Boris Franklin, is here today. He is currently an honors student at Rutgers. I was waiting for him, with his mother, when he walked out of the prison gate after being incarcerated for 11 years. His first words to me—remember he had just spent more than a decade in a cage—were “I have to rebuild my library.” He had left 100 books behind in the prison.

Or take the case of our friend Walter Fortson, who left prison to graduate magna cum laude from Rutgers, won the university’s first Harry S. Truman Scholarship in more than 10 years and received his Master of Philosophy in criminology from the University of Cambridge. But Walter, like Boris, like all my students, remains condemned in a criminal caste system, struggling with the poverty engendered by globalization, deindustrialization and neoliberalism and damned by white supremacy. Walter, who just got his final eviction notice, is about to take a course to become a truck driver. Boris, who knows what is coming, is making sure he will graduate with a contractor’s license. We live in a despotism where Jean Valjean is again reviled, hunted and persecuted.

A couple of weeks ago I was in the windowless room of a halfway house in Trenton, meeting with one of my students, Ron Pierce, who is being released after 31 years in prison. When you leave prison it is the great giveaway. The few items in your cell—sneakers, sweatsuits, plastic bins, water bottles, food and books—cannot be taken with you. You walk out with only what you can carry. A halfway house official sat in on our conversation. When I was informed our two hours were up, I hugged Ron goodbye.

“Could you bring anything out with you?” I asked.