The Private Person and the Public Persona: Borges on the Divided Self

A timeless parable of the self-defeating quest for integration. 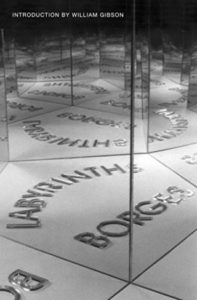 “A person’s identity,” Amin Maalouf wrote as he contemplated what he so poetically called the genes of the soul, “is like a pattern drawn on a tightly stretched parchment. Touch just one part of it, just one allegiance, and the whole person will react, the whole drum will sound.” And yet, inseparable as the parts may be from the whole, we each contain multitudes — not only psychologically, but even biologically — nowhere more so than when it comes to the bifurcation between our inner and outer selves. “Nothing and nobody exists in this world whose very being does not presuppose a spectator,” Hannah Arendt observed in her insightful inquiry into being vs. appearing and our impulse for self-display. For each of us, there is a public persona encasing the private person, an aspirational self radiating from the real self.

However integrated the our layered identity may be, our twined nature stands like a stereogram — two separate and noticeably different views, composed into a single three-dimensional image of personhood only through the special focal mechanism of our own consciousness.

No one has addressed this existential sundering more elegantly than Jorge Luis Borges (August 24, 1899–June 14, 1986) in “Borges and I” — his classic parable of selfhood, exploring the divide between private person and public persona that each of us must live with and live into. It appears in Labyrinths (public library) — a collection of Borges’s stories, essays, parables, and other writings, originally published in 1962. 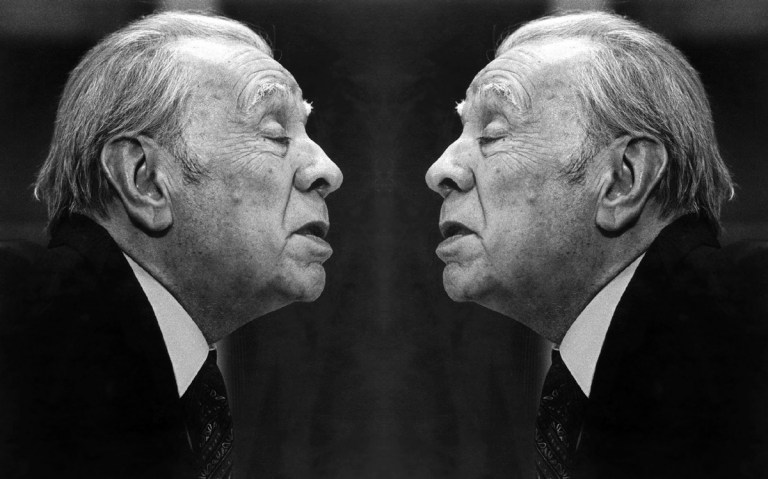 The other one, the one called Borges, is the one things happen to. I walk through the streets of Buenos Aires and stop for a moment, perhaps mechanically now, to look at the arch of an entrance hall and the grillwork on the gate; I know of Borges from the mail and see his name on a list of professors or in a biographical dictionary. I like hourglasses, maps, eighteenth-century typography, the taste of coffee and the prose of Stevenson; he shares these preferences, but in a vain way that turns them into the attributes of an actor. It would be an exaggeration to say that ours is a hostile relationship; I live, let myself go on living, so that Borges may contrive his literature, and this literature justifies me. It is no effort for me to confess that he has achieved some valid pages, but those pages cannot save me, perhaps because what is good belongs to no one, not even to him, but rather to the language and to tradition. Besides, I am destined to perish, definitively, and only some instant of myself can survive in him. Little by little, I am giving over everything to him, though I am quite aware of his perverse custom of falsifying and magnifying things. Spinoza knew that all things long to persist in their being; the stone eternally wants to be a stone and the tiger a tiger. I shall remain in Borges, not in myself (if it is true that I am someone), but I recognize myself less in his books than in many others or in the laborious strumming of a guitar. Years ago I tried to free myself from him and went from the mythologies of the suburbs to the games with time and infinity, but those games belong to Borges now and I shall have to imagine other things. Thus my life is a flight and I lose everything and everything belongs to oblivion, or to him.

I do not know which of us has written this page.

“Borges and I” went on to inspire some of the greatest writers of the past century to reflect on the divided self in hand-drawn self-portraits. Complement it with philosopher Amelie Rorty on the seven layers of personhood in literature and life and Rebecca Goldstein on what makes you and your childhood self the same person despite a lifetime of change, then revisit Borges on writing, public opinion, and our private participation in collective joy and collective tragedy.