How the US Armed-up Syrian Jihadists

“No one on the ground believes in this mission or this effort”, a former Green Beret writes of America’s covert and clandestine programs to train and arm Syrian insurgents, “they know we are just training the next generation of jihadis, so they are sabotaging it by saying, ‘Fuck it, who cares?’”. “I don’t want to be responsible for Nusra guys saying they were trained by Americans,” the Green Beret added.

In a detailed report, US Special Forces Sabotage White House Policy gone Disastrously Wrong with Covert Ops in Syria, Jack Murphy, himself a former Green Beret (U.S. Special Forces), recounts a former CIA officer having told him how the “the Syria covert action program is [CIA Director John] Brennan’s baby …Brennan was the one who breathed life into the Syrian Task Force … John Brennan loved that regime-change bullshit.” 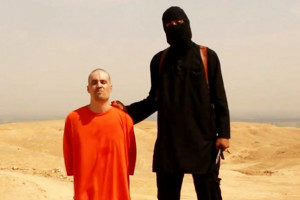 Journalist James Foley shortly before he was executed by an Islamic State operative.

Murphy’s report makes clear the CIA disdain for combatting ISIS (though this altered somewhat with the beheading of American journalist James Foley in August 2014): “With the CIA wanting little to do with anti-ISIS operations as they are focused on bringing down the Assad regime, the agency kicked the can over to 5th Special Forces Group. Basing themselves out of Jordan and Turkey” — operating under “military activities” authority, rather than under the CIA’s coveted Title 50 covert action authority.

The “untold story,” Murphy writes, is one of abuse, as well as bureaucratic infighting, which has only contributed to perpetuating the Syrian conflict.

But it is not the “turf wars,” nor the “abuse and waste,” which occupies the central part of Murphy’s long report, that truly matters; nor even the contradictory and self-defeating nature of U.S. objectives pursued. Rather, the report tells us quite plainly why the attempted ceasefires have failed (although this is not explicitly treated in the analysis), and it helps explain why parts of the U.S. Administration (Defense Secretary Ashton Carter and CIA Director Brenner) have declined to comply with President Obama’s will – as expressed in the diplomatic accord (the recent ceasefire) reached with the Russian Federation.

The story is much worse than that hinted in Murphy’s title: it underlies the present mess which constitutes relations between the U.S. and Russia, and the collapse of the ceasefire.

“The FSA [the alleged “moderates” of the Free Syria Army] made for a viable partner force for the CIA on the surface, as they were anti-regime, ostensibly having the same goal as the seventh floor at Langley” [the floor of the CIA headquarters occupied by the Director and his staff] – i.e. the ousting of President Assad.

But in practice, as Murphy states bluntly: “distinguishing between the FSA and al-Nusra is impossible, because they are virtually the same organization. As early as 2013, FSA commanders were defecting with their entire units to join al-Nusra. There, they still retain the FSA monicker, but it is merely for show, to give the appearance of secularism so they can maintain access to weaponry provided by the CIA and Saudi intelligence services. The reality is that the FSA is little more than a cover for the al-Qaeda-affiliated al-Nusra. …

“The fact that the FSA simply passed American-made weaponry off to al-Nusra is also unsurprising considering that the CIA’s vetting process of militias in Syria is lacklustre, consisting of little more than running traces in old databases. These traces rely on knowing the individuals’ real names in the first place, and assume that they were even fighting-age males when the data was collected by CTC [Counterterrorism Centre] years prior.”

Nor, confirms Murphy, was vetting any better with the 5th Special Forces operating out of Turkey: “[It consisted of] a database check and an interview. The rebels know how to sell themselves to the Americans during such interviews, but they still let things slip occasionally. ‘I don’t understand why people don’t like al-Nusra,’ one rebel told the American soldiers. Many had sympathies with the terrorist groups such as Nusra and ISIS.” 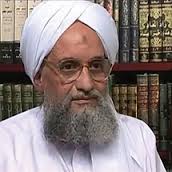 Others simply were not fit to be soldiers. “They don’t want to be warriors. They are all cowards. That is the moderate rebel,” a Green Beret told Murphy, who adds:

“Pallets of weapons and rows of trucks delivered to Turkey for American-sponsored rebel groups simply sit and collect dust because of disputes over title authorities [i.e. Presidential authorities] and funding sources, while authorization to conduct training for the militias is turned on and off at a whim. One day they will be told to train, the next day not to, and the day after only to train senior leaders. Some Green Berets believe that this hesitation comes from the White House getting wind that most of the militia members are affiliated with Nusra and other extremist groups.” [emphasis added.]

Murphy writes: “While the games continue on, morale sinks for the Special Forces men in Turkey. Often disguised in Turkish military uniform, one of the Green Berets described his job as, ‘Sitting in the back room, drinking chai while watching the Turks train future terrorists’ …

“Among the rebels that U.S. Special Forces and Turkish Special Forces were training, ‘A good 95 percent of them were either working in terrorist organizations or were sympathetic to them,’ a Green Beret associated with the program said, adding, ‘A good majority of them admitted that they had no issues with ISIS and that their issue was with the Kurds and the Syrian regime.’”

Well, that says it all: the U.S. has created a ‘monster’ which it cannot control if it wanted to (and Ashton Carter and John Brennan have no interest to “control it” — they still seek to use it). 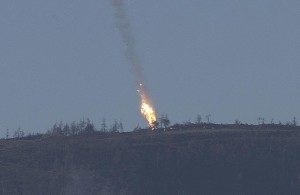 Video of the Russian SU-24 exploding in flames inside Syrian territory after it was shot down by Turkish air-to-air missiles on Nov. 24, 2015.

Jack Murphy explains succinctly why this “monster” cannot be controlled: “In December of 2014, al-Nusra used the American-made TOW missiles to rout another anti-regime CIA proxy force called the Syrian Revolutionary Front from several bases in Idlib province. The province is now the de facto caliphate of al-Nusra.

That Nusra captured TOW missiles from the now-defunct Syrian Revolutionary Front is unsurprising, but that the same anti-tank weapons supplied to the FSA ended up in Nusra hands is even less surprising when one understands the internal dynamics of the Syrian conflict, i.e. the factional warfare between the disparate American forces, with the result that “Many [U.S. military trainers] are actively sabotaging the programs by stalling and doing nothing, knowing that the supposedly secular rebels they are expected to train are actually al-Nusra terrorists.”

How then could there ever be the separation of “moderates” from Al-Nusra – as required by the two cessations of hostilities accords (February and September 2016)? The entire Murphy narrative shows that the “moderates” and al-Nusra cannot meaningfully be distinguished from each other, let alone separated from each other, because “they are virtually the same organization.”

The Russians are right: the CIA and the Defense Department never had the intention to comply with the accord – because they could not. The Russians are also right that the U.S. has had no intention to defeat al-Nusra – as required by U.N. Security Council Resolution 2268 (2016).

So how did the U.S. get into this “Left Hand/Right Hand” mess – with the U.S. President authorizing an accord with the Russian Federation, while in parallel, his Defense Secretary was refusing to comply with it? Well, one interesting snippet in Murphy’s piece refers to “hesitations” in the militia training program thought to stem from the White House getting wind that most of the militia members were “affiliated with Nusra and other extremist groups.”

It sounds from this as if the White House somehow only had “inklings” of “the jihadi monster” emerging in Syria – despite that understanding being common knowledge to most on-the-ground trainers in Syria. Was this so? Did Obama truly believe that there were “moderates” who could be separated? Or, was he persuaded by someone to go along with it, in order to give a “time out” in order for the CIA to re-supply its insurgent forces (the CIA inserted 3,000 tons of weapons and munitions to the insurgents during the February 2016 ceasefire, according to IHS Janes’).

U.S.-backed Syrian “moderate” rebels smile as they prepare to behead a 12-year-old boy (left), whose severed head is held aloft triumphantly in a later part of the video. [Screenshot from the YouTube video]

Support for the hypothesis that Obama may not have been fully aware of this reality comes from Yochi Dreazen and Séan Naylor (Foreign Policy’s senior staff writer on counter-terrorism and intelligence), who noted (in May 2015) that Obama himself seemed to take a shot at the CIA and other intelligence agencies in an interview in late 2014, when he said the community had collectively “underestimated” how much Syria’s chaos would spur the emergence of the Islamic State.

In the same article, Naylor charts the power of the CIA as rooted in its East Coast Ivy League power network, its primacy within the intelligence machinery, its direct access to the Oval Office and its nearly unqualified support in Congress. Naylor illustrates the CIA’s privileged position within the Establishment by quoting Hank Crumpton, who had a long CIA career before becoming the State Department’s coordinator for counterterrorism.

Crumpton told Foreign Policy that when “then-Director Tenet, declared ‘war’ on Al-Qaeda as far back as 1998, “you didn’t have the Secretary of Defense [declaring war]; you didn’t have the FBI director or anyone else in the intelligence community taking that kind of leadership role.”

Perhaps it is simply – in Obama’s prescient words – the case that “the CIA usually gets what it wants.”

Perhaps it did: Putin demonized, (and Trump tarred by association); the Sunni Al Qaeda “monster” – now too powerful to be easily defeated, but too weak to completely succeed – intended as the “albatross” hung around Russia and Iran’s neck, and damn the Europeans whose back will be broken by waves of ensuing refugees. Pity Syria.

Alastair Crooke is a former British diplomat who was a senior figure in British intelligence and in European Union diplomacy. He is the founder and director of the Conflicts Forum, which advocates for engagement between political Islam and the West.