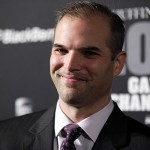 To the offending prosecutor, Ladd Erickson, who is apparently a fan.

13 Oct 2016 – A little over a month ago, private security guards working on behalf of the Dakota Access pipeline company clashed with Native Americans. They were protesting the bulldozing of land on a Standing Rock Sioux tribal burial site in southern North Dakota.

Guards sprayed protesters with pepper spray and unleashed attack dogs on the crowd – which included children – in a reprehensible example of corporate violence.

Filming the protests in North Dakota that day was a crew from Democracy Now! The show’s award-winning anchorwoman Amy Goodman conducted interviews during the protests and covered the dog attacks as they unfolded.

The show’s subsequent special report about the incident went viral, with more than 14 million people viewing it on Facebook.

Shortly thereafter, the Obama administration intervened, stopping pipeline construction on Army Corps land and asking the company to “voluntarily pause all construction activity” in the area.

This victory for the Standing Rock Sioux would likely not have been possible without the aggressive independent reporting of Democracy Now!, whose pictures created significant public pressure. 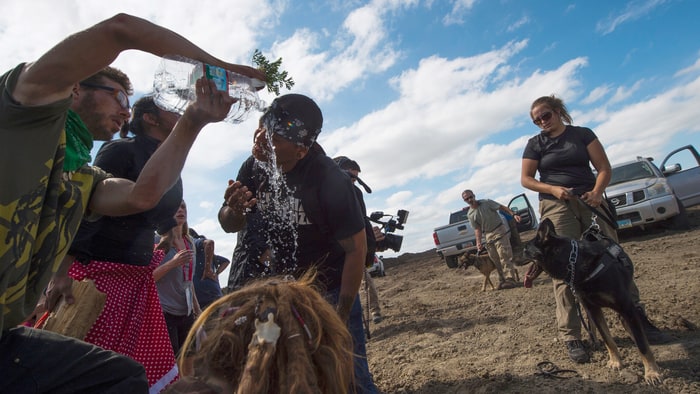 Prosecutor Ladd Erickson argued publicly that Amy was not acting as a journalist at the time of the protests.

“She’s a protester, basically. Everything she reported on was from the position of justifying the protest actions,” he said.

Erickson added that he was distressed that Goodman had not mentioned alleged assaults on guards, or trespassing.

A Hawaii-based attorney named Teresa Tico wrote Erickson to complain. She first asked if he had been quoted correctly when he pooh-poohed Goodman’s status as a journalist. She also hailed Goodman’s career and hastened to reassure Erickson that Amy is, in fact, a reporter.

This, weirdly enough, is where my name comes up in this story. Erickson wrote back to Tico and said:

“One of my favorite writers is Matt Taibbi from Rolling Stone and I try to track his stuff. Ms. Goodman has interviewed him a couple times that I have seen and that is my primary source for knowing who she is.”

Democracy Now! passed on this strange note and asked for comment.

I don’t normally like to disagree with anyone possessing the excellent judgment to be a regular reader of mine, but Erickson is dead wrong here. 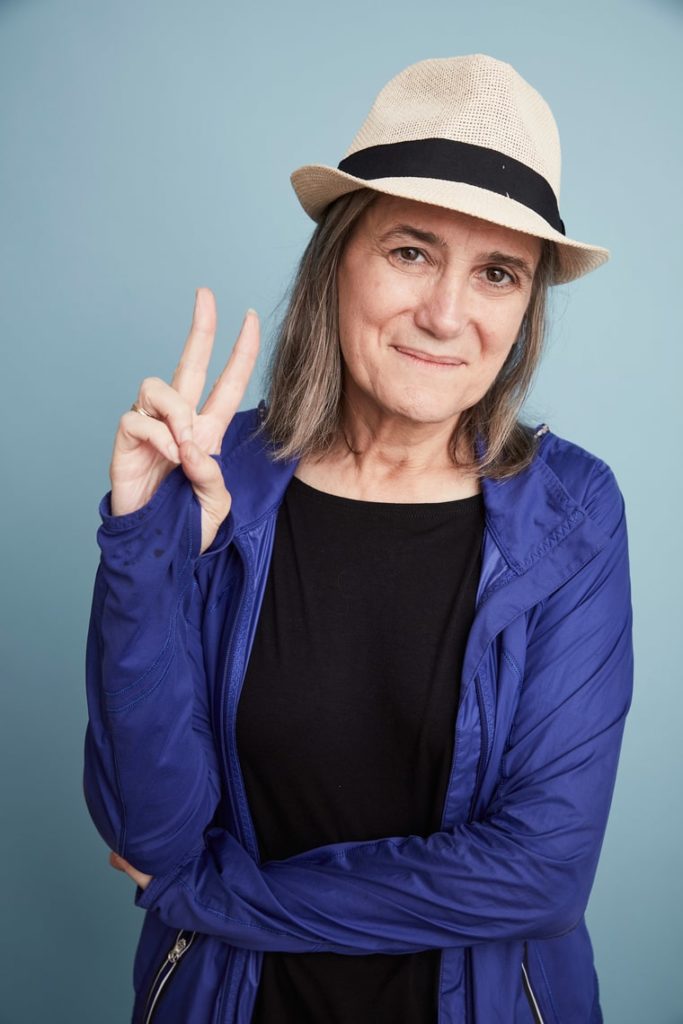 Amy Goodman was clearly acting as a reporter at the protest. Moreover, she’s as close to the ideal of what it means to be a journalist as one can get in this business.

I was actually with Amy in Toronto when she got news of the arrest. Ironically, she was being recognized at the premiere of All Governments Lie, a film about journalists carrying on the independent muckraking tradition of I.F. Stone.

I first heard of Amy Goodman almost twenty years ago, when the United States was commencing its war in Kosovo. Amy and Jeremy Scahill were due to receive an award from the Overseas Press Club for Drilling and Killing: Chevron and Nigeria’s Oil Dictatorship, ironically a film about the violent behavior of a rapacious energy firm.

Richard Holbrooke, the American ambassador to the U.N. and Bill Clinton’s special envoy to Yugoslavia, was giving the keynote address at the Overseas Press Club event. Amy and Jeremy tried to take the opportunity to ask him challenging questions about America’s aggressive behavior in the run up to war.

But when Scahill stood up after Holbrooke’s speech and tried to ask the question, he was shouted down by all the “respectable” journalists from the networks and the major news dailies. Scahill specifically asked Tom Brokaw and Leslie Stahl to support him.

Brokaw instead stood up in between Holbrooke and Scahill, told Jeremy to sit down, then went on to have dinner with Holbrooke at his table. The New York Post the next day wrote: “BROKAW SHUSHES KOSOVO CRANK.”

I tell this story because it’s a key to understanding the difference between Amy Goodman and someone like Tom Brokaw, whom I’m sure Mr. Erickson would describe as a journalist no matter where he chose to take pictures.

The journalism business is designed to make telling the truth difficult. There are a lot of obstacles.

In return for access to high-ranking politicians, the government typically charges a little bit of your honesty.

In return for the large sums of money advertisers pay to major network news operations, you have to give up a little bit more.

Then there’s audience. In order to secure a big one, you sometimes need to give up still a little bit more of your soul.

The easiest route to a big audience is a commercial network operation that piggybacks on the popularity of its other programming, like sports and sitcoms. Go that route and you are beholden not only to your own advertisers, but those supporting those other programs.

The other route to a big audience is designing a program that tells people what they want to hear, which usually ends in not challenging your viewers/readers at crucial moments.

So if your primary interest is in doing this job correctly, you usually have to give up the access, the money and the audience.

You can go without the first two and still do a good enough job. But to have an impact, you have to reach people. So you have to find another way.

Amy Goodman found another way. She insisted on her complete independence throughout her entire career.

Moreover she was never satisfied with merely doing the job and not having an impact. She essentially built her own large television news operation, and she did it precisely for moments like the Standing Rock protest.

The whole point of fighting to be independent for your whole career, and building your own news network instead of working at someone else’s existing, corporate-funded one, is so that you can cover something like the Dakota Pipeline story whenever you feel like it.

So not only was Amy Goodman doing journalism when she was at those protests, the only kind of journalist who would even be there almost by definition would have to be one like Amy Goodman.

That’s not to say more commercial-minded outlets can’t or don’t cover pipeline controversies, or the misdeeds of powerful energy companies. They just tend not to, for some reason.

In post-communist Russia, I watched as new press freedoms quickly faded due to intimidation by government officials and mafia figures. A few of my Russian colleagues were beaten and even killed at the dawn of the Putin era.

We don’t have to deal with anything like that in America, thankfully, and this is not remotely the same thing.

But a prosecutor who arrests a reporter because he doesn’t think she’s “balanced” enough is basically telling future reporters what needs to be in their stories to avoid arrest. This is totally improper and un-American. We have enough meddling editors in this country without also recruiting government officials to the job.

Mr. Erickson, thanks sincerely for reading, but please drop the charges.