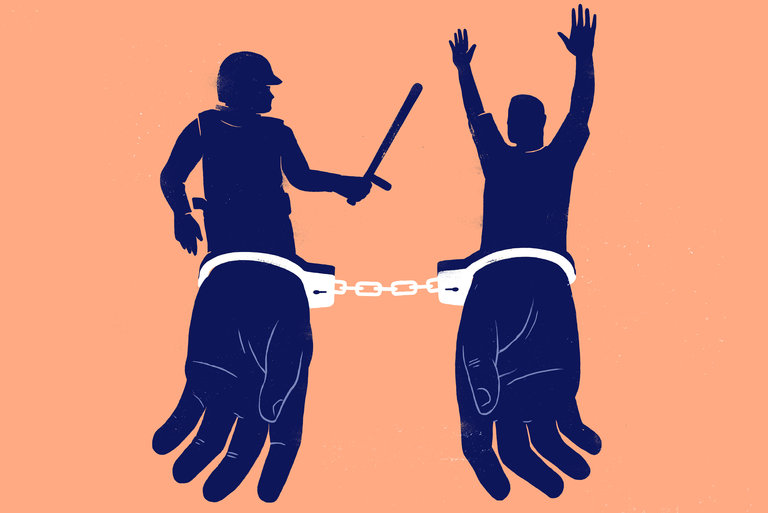 18 Oct 2016 — When I cover a street protest in Brazil, I make sure to bring a helmet, a gas mask and a pair of goggles as protection from tear gas. I wear running shoes so I can escape from the police, and long pants as protection from shrapnel and rubber bullets. I carry a digital camera and a lawyer’s phone number. My press card always hangs around my neck.

Protests have been a regular feature of Brazilian political life for the last three years. The wave of demonstrations began in June 2013, when millions took to the streets against an increase in public transport fares. Demonstrations peaked again in the months before the 2014 World Cup. And they have been back with a vengeance since August, when Dilma Rousseff of the center-left Workers Party was stripped of the presidency because of allegations that she manipulated the state budget.

The rise in protests has brought with it violent police responses, which tend to be most intense against left-wing demonstrations. (The military police seemed to welcome anti-Rousseff protests.) Although the military police, which are under control of the state governors, are not necessarily aligned with the right, they follow principles of order and subordination. They seem to regard protesters as enemies and threats to the social order.

There have been many casualties. In São Paulo alone, policemen have blinded four people at protests in the past few years. The most recent was Deborah Fabri, a 19-year-old student who was hit in the eye with shrapnel from a stun grenade during a protest in August against Michel Temer, the interim president. Another 19-year-old, Vitor Araujo, lost his right eye during a September 2013 rally against corruption.

Two photojournalists, Sérgio Andrade da Silva and Alex Silveira, were blinded by rubber bullets. They sued the state of São Paulo, but in both cases the court ruled that they were not entitled to compensation because they had put themselves in danger.

Protesters are taking their safety into their own hands. In São Paulo, a first-aid group can be found at demonstrations applying bandages to bleeding foreheads, setting fractures and disinfecting wounds. Sometimes, these volunteers aren’t able to handle the number of injured people and others step in, like my 62-year-old mother, who carries a first-aid kit with rubber gloves, saline solution, peroxide, antiseptics, gauze, bandages and surgical masks to protect people from tear gas.

Protesters have likewise created their own institutions to defend their legal rights. Groups of legal observers and pro bono lawyers attend the rallies, watching to see if the police break the law. These observers take notes on illegal police procedures like the removal of identification tags, the use of expired tear gas, the misuse of nonlethal weapons and the disproportionate use of force.

Unfortunately, that doesn’t stop the police. At one protest against the 2014 World Cup, the military police detained 262 people, nearly 20 percent of the demonstrators. The authorities claimed the mass detention was for “verification purposes,” but the procedure is highly controversial and, some say, illegal.

After rallies, a group called Activist Lawyers checks police precincts for detained people, because police officers rarely provide information about where they are taking them — or, for that matter, the reason for the arrest.

In addition to cracking down on activists, first-aid responders and lawyers, the police also harass journalists, especially photographers. In October 2013, Yan Boechat saw a group of military police assaulting a first-aid worker at a demonstration in São Paulo. Mr. Boechat immediately started to photograph the scene. When he ignored police demands to stop, he was beaten by 13 officers. His camera was also broken.

On a more surreal note, a few weeks ago, the photographer Antonio Rodrigues was accused of assaulting a police officer with his camera and attempting to steal a police baton. (He says, more plausibly, that he was just trying to protect himself from the officer’s blows.) Many of my photographer colleagues tell me that even when their equipment is left intact, someone at the police station will delete their videos and photos.

So far, no officer has been charged with excessive violence or abuse of authority during protests. I could spend pages recounting cases of police abuse at protests. But if I had to choose just one episode to share it would be the arrest of 26 students, mostly from high school, two hours before a demonstration in September in São Paulo.

The students were accused of being part of a “black bloc,” an anarchist group that attends protests and sometimes vandalizes symbolic targets, like government buildings or banks. The students spent the night at the headquarters of the Organized Crime Investigations Department. They were denied access to lawyers and the police refused even to release their names.

Journalists have reported that the arrest was probably arranged by an undercover army captain who had been posing as an activist on Tinder and WhatsApp groups. According to reports, he was suspected of working as an infiltrator for at least a year. The military police deny any knowledge of the intelligence operation, although there were dozens of officers ready at the scene with several cars, buses and even a helicopter flying over the cultural center where the students were assembled.

What did the police find in the possession of these nefarious, would-be saboteurs? First-aid kits, gas masks, bottles of vinegar, protection glasses, cellphones, political pamphlets, markers, a car-fire extinguisher, a slingshot and a Goofy key chain. It was not that different from what I usually carry to protests, except that I don’t have such a nice key chain. They were released more than 24 hours later because the judge considered the detention unlawful.

Brazil is still in turmoil. Protests are going to continue. I’d like to hope that abuse of protesters won’t continue along with them. But nothing will change as long as the military police keep treating protesters as criminals, and not as citizens exercising their rights. These police forces should be trained to act in accordance with democratic norms and within the law, as the protesters are also bound to do. Above all, they need to be held to account when they violate the law.

And if that doesn’t happen, protesters will have to take matters into their own hands. I’ve seen it before: Activists once formed their own volunteer security group to protect people from police abuse. That could get ugly.

Vanessa Barbara is a columnist for the Brazilian newspaper O Estado de São Paulo and the editor of the literary website A Hortaliça.

A version of this op-ed appears in print on October 19, 2016, on page A15 of the New York edition with the headline: The impunity of Brazil’s riot cops.