Why the Rich Can’t Be Trusted with Money

The members of the investor class are programmed to destroy. 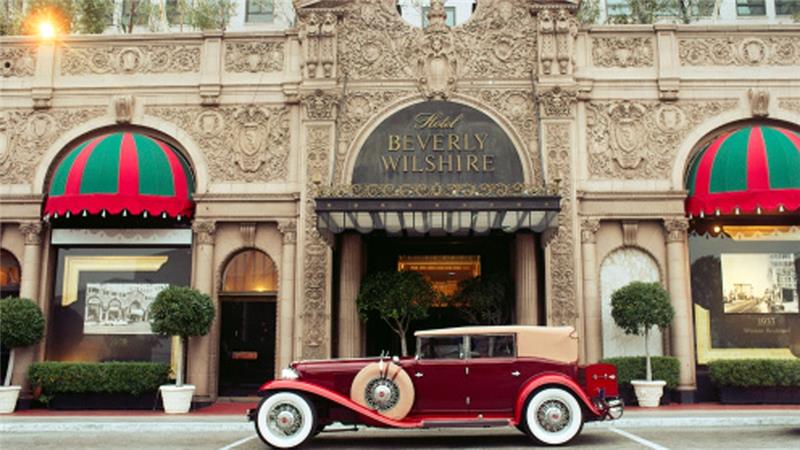 People who have accumulated some capital who understand that you can make money with money, writes Beinhart [Getty]

25 Oct 2016 – Every time the rich get too much money – as marked by a sharp rise in income inequality – the same things always happen. A bubble! A grand, exuberant, investing, spending, paper profits spree. It bursts. There’s a crash. Banks fail. There’s a recession. Even a depression. In which everyone gets hurt. Not just the fools who thought this time stocks – or real estate – will keep going up forever!

The inevitability of this sequence – in modern times, for the American economy – was documented in the previous article. The rich can’t be trusted with money.

The obvious question is why?

The easy, fun answer would be that the rich are greed freaks, gold gluttons, money junkies.

But think of a character like Scarlett O’Hara, waltzing around Tara. Or real heroes, Thomas Jefferson, George Washington, James Madison. All with grand mansions, elegant clothes, fine manners, high aspirations. With slaves to provide the labour and the crude business of forcing profit from their human chattel carried out by overseers with whips and slave chasers with hounds.

Likewise, today, once you have money, you also have bankers, accountants, advisers, and attorneys making sure your money makes money for you. There are also grand philanthropists. We know of them because they always have grand publicity for their giving. None, that I know of, have given so much that they’ve been beggared by it.

But, in any case, it’s not personal. It’s far worse than that.

Today, once you have money, you also have bankers, accountants, advisers and attorneys making sure your money makes money for you.

The members of the investor class are programmed to destroy.

That is not their conscious intent. Far from it. Think of The Terminator, the science-fiction film that depicts a future world in which thinking machines have been created. With positive goals. They were successful.

But there was no stopping point. There were no innate brakes. It got to be too much. Humans tried to stop them. The machines saw that as interference, and attacked, determined to destroy anything that got in their way.

Let’s start with capitalists. Not theoretical or ideological ones. Literal ones. People who have accumulated some capital who understand that you can make money with money. That’s a great thing.

Directly, or through intermediaries such as banks and funds and such, they want to give some of that money to other people who are good at creating, inventing, manufacturing, producing, and selling.

Those people – everyone hopes – will produce goods and services that can be sold at a profit. Sufficient profit that both the capitalists and the producers make money. Management and labour as well.

The “programme” is that money must make money. The more the better.

It is also necessary to have consumers. There’s no point in making things if there is no one to buy them.

Let us take a moment to pay special tribute to entrepreneurs. Popular mythology has it that such folks are weaklings, who will be deterred, downright devastated, so distraught that they collapse in total dysfunction at the suggestion of high taxes and news of strong regulations. 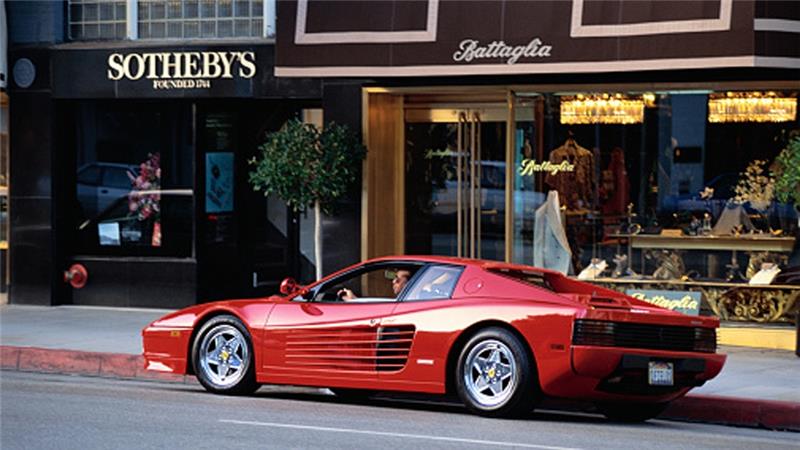 Stuck in an Ayn Rand novel

Show me a consumer. Deep in desert wastes, high on a frozen mountain, in the swamps by the alligators and snakes, hiding in the basement of a city under bombardment. If he has money to spend, someone will show up to sell him something.

Think of the places where oil is found. Wild country infested with bandits and disease. Lands ruled by dictators. Corrupt countries. Under the frozen tundra and beneath turbulent seas. Entrepreneurs are shoving each other out of the way to get to them.

High taxes? That will only stop our heroes if they’re stuck in an Ayn Rand novel. Over the past 100 years, the highest growth rates in America correlate with the highest taxes. Please, people, put some real trust in the power of greed.

We come to the dramatic moment. Ronald Reagan goes in front of the cameras in by far and away the biggest role of his career. He cuts taxes for the rich.

The advocates for this policy say they rich will invest, their investments will create … well, everything … businesses, growth, jobs, high wages! Roughly speaking, that’s supply side economics. Increase the supply, people will rush out to buy!

The investor class suddenly has twice as much available to invest as last year.

The investor class is way too smart to stick under the mattress. Money is supposed to be out there making money, damn it!

They do rush out to invest. That part is true. They give money to people who produce goods and services or who want to. If the producers are going to make more profits – which is the only way the investors make money – they have to sell more.

To sell more they need more money in the hands of consumers. Yes, if they produce something new and exciting, they may well entice consumers to dump an old product in favour of the new.

But that’s not drawing more money – in total – out of the pool, it’s just shifting around who’s getting it. If we’re just shifting things around, then there are as many losers in the investment game as winners. It sort of comes out at zero. Which is not attractive at all.

If consumers don’t have more money – overall – to buy with, it would be a natural deterrent to investing.

The tax cuts are one-year specials. The next year, the investors have another new pile of money. The year after that, still another. The investor class is way too smart to stick under the mattress. Money is supposed to be out there making money, damn it! If my banker can’t find a way to do that, I’ll find one that can! So they keep investing.

It is the fact that they are investing that pushes the markets up. Not that producers are more profitable. It’s like housing in San Francisco and Silicon Valley. It’s been going up and up and up. Because there are more people with lots of money to spend competing to buy, not because the homes and apartments are any better than they were 10 years ago.

This should be obvious. But it’s not. The basic impulse for everyone involved is to make themselves blind to it. Investors are happy because their investments have gone up. As they should be. Who cares why. Their advisers are even happier because it means more investing and more commissions. The politicians are happy because it looks like the economy is thriving. By gross numbers it certainly appears to be.

Then wow! Wow, wow! It’s getting exciting! People are making money! Fast! Just by buying and selling electronic symbols of theoretical ownership in enterprises that do something somewhere, somehow. Time to jump on board! Don’t want miss this train, baby!

The only thing slowing things down, holding more profit-making back, is rules and regulations. Archaic, antiquated, unnecessary blockages to progress. The investor class – and the people who serve them – buy thinkers, publicists, lobbyists, lawyers, and politicians. To get those barriers out of the way.

As a matter of historical fact, they are successful.

Meantime, another set of changes is happening. From the same basic causes.

Companies that actually produce goods and services have a problem. Yes, money is pouring down from the top. It’s irresistible. But it creates pressure for more profits. Yet the customer base doesn’t have more to buy with.

One solution is credit.

New and innovative ways for consumers to borrow. Once again, we’re with the machines from The Terminator. Credit is a useful and wonderful thing. Many forms of personal credit make the impossible possible. Like home and car buying. Every credit transaction, however, means that the consumer is “buying” money in addition to whatever product they’re getting. More money is diverted from actual goods and services into finance, that great pool of capital, relentlessly searching for investments, more investments.

The pressure on producers does not go away. Quite the contrary, it becomes more intense. They can’t sell more. The answer is to spend less. How? Cut labour costs. Cut employees. Lower wages.

Productivity continues to go up. As it has done steadily since the Industrial Revolution. But now the labour force doesn’t participate in the increased profits. It all goes to the top.

The disparity increases. More investment money, less money in the hands of consumers.

Productive investments have been pumped way up. What do investors do? They turn to passive investments. They put their money into things that don’t actually create goods or services. Such as real estate. Even more into financial instruments. Selling money and gambling on money. New ones are invented. Under the relentless pressure of all that money, rules and regulations fall away.

Suddenly, it’s over. It all come tumbling down.

At its base, it’s simple, classic inflation. Too much money, chasing too few goods. The goods, in this case, being productive places to invest.

Raised to crazed levels. Exasperated by the fact that money is power. Used, in this case, to make more money. The formal and informal rules and regulations are overrun. The investor class runs amok. There’s nothing within them to make themselves stop. Just like the machines in the future world from which The Terminator came. So they blow it all up.

This analysis applies to the American economy over the past century. The American economy is so big and so intertwined with the rest of the world that its effects are often worldwide. Except for the consequences of the OPEC oil hikes in the 1970s, the world economy had been relatively stable from the end of World War II to Reagan’s tax cuts. That was followed by crashes and crises in Latin America, Israel, India, Finland, Sweden, Mexico, and Asia. Not to mention the Russian crisis of 1998, but that almost certainly came from its own craziness.

A reader of the previous article commented that few regular economists would agree with my analysis. That’s absolutely true. There are approximately 40,000 working economists in America. The biggest financial event in decades was the Crash of 2008. How many of them saw it coming?

Afterwards, there two studies to find economists who had, indeed, done so, on the record. One study found four. The other found 12. Out of 40,000. Which says there is something deeply, profoundly wrong with the profession. Some ideas of what that is will be addressed in future articles.

All of this prompts questions about the issues of economic wellbeing. Where does it come from? How does it happen? What role does government have? What’s the connection between capitalism and democracy? Those are some of the places we’ll go in the future.

Larry Beinhart is a novelist, best known for Wag the Dog. He’s also been a journalist, political consultant, a commercial producer and director.