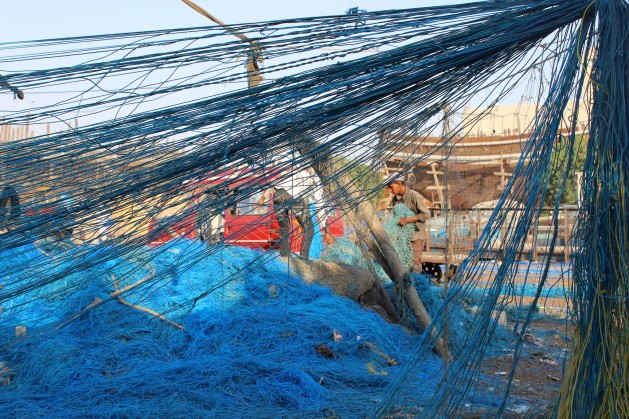 24 Oct 2016 – Every two years, governments from across the globe gather to debate the fate of the world’s whales. And every two years, Japan, Norway and Iceland find themselves in the firing line for their refusal to end commercial whaling.

This week at the International Whaling Commission (IWC) meeting in Slovenia will be no different. But while the divisive debate on whaling rages, the IWC has the chance to unite behind efforts to tackle the most immediate 21st century threat to whales – bycatch.

It is scarcely believable but accidental entanglement in fishing gear – or bycatch – kills over 300,000 whales, dolphins and porpoises (collectively known as cetaceans) every year. And that’s a conservative estimate based on data from 2008. No one knows the real figure but it far outstrips the less than 2,000 whales that are deliberately hunted and killed for commercial purposes each year.

Yet when over 80 countries gather for the 66th meeting of the IWC, the media and public spotlight will once again be firmly focussed on the whalers. And while their operations, particularly Japan’s unlawful ‘scientific’ whaling in the Southern Ocean, are still a significant concern and must be curtailed, the threat they pose to the world’s whales pales in comparison with the catastrophic death toll from bycatch.

It is scarcely believable but accidental entanglement in fishing gear – or bycatch – kills over 300,000 whales, dolphins and porpoises (collectively known as cetaceans) every year.

Back in the 19th and 20th centuries, commercial whaling devastated whale populations across the globe. Many are still struggling to recover from the wholesale slaughter. But the era of large scale whaling has ended and, while it’s critical we remain vigilant, it is time for us to redirect our focus, and much more of our efforts and resources, towards reducing bycatch.

It poses the most immediate risk to many different species and populations of cetaceans, such as the endangered North Atlantic Right Whales and Arabian Humpbacks. Some species – such as the Mexican vaquita and New Zealand’s Māui dolphin – face imminent extinction if the use of unselective fishing gear is not immediately eliminated from their habitats.

The IWC must take the lead. Its scientific committee has studied how governments can best mitigate the impact of other 21st century dangers, such as ship strikes, ocean noise, marine debris and climate change. It has even delved into bycatch in the past but only in relation to particular species and specific populations. But this is a global crisis and it needs a comprehensive global response.

The IWC is the premium global body of cetacean experts and best placed to spearhead this response. Only it has the capacity and authority to compile and assess the necessary data, recommend the most effective bycatch mitigation methods, and work with national, regional and international bodies. But it needs to seize the opportunity in Slovenia this week to put bycatch at the very top of its agenda.

Whereas whaling has been a divisive, politically charged issue for the IWC, governments and non-governmental organizations should be able to come together to tackle bycatch. By working with countries and the fishing industry to promote sustainable fishing methods that benefit people and cetaceans, the IWC should be able to ensure a more secure future for the world’s whales.

And this is not a conservationist’s pipedream. Bycatch can be reduced as efforts to limit the accidental killing of turtles, dolphins and albatrosses have proven. The IWC needs to commit itself to drastically reducing bycatch and then countries around the world must back the Commission and rigorously implement its recommendations. This would save thousands of whales, dolphins and porpoises.

In other fields, the world’s response is constantly evolving to deal with new and emerging threats. The IWC should focus on where it can have the greatest impact. It should concentrate on preventing the avoidable deaths of the over 300,000 cetaceans that are unwittingly trapped in the nets of the world’s fishing fleets each year.

This IWC meeting could be the turning point – the point when countries set aside politics and divisions and unite to bring an end to the era of bycatch.