Entrenching Capitalist Agriculture in India under the Guise of “Development” 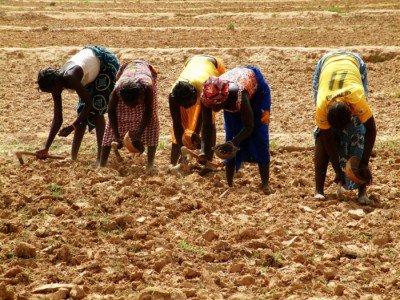 Washington’s long-term plan has been to restructure indigenous agriculture across the world and tie it to an international system of trade based on export-oriented mono-cropping, commodity production for the international market and indebtedness to international financial institutions (IMF/World Bank).

10 Dec 2016 – This result has been the creation of food surplus and food deficit areas, of which the latter have become dependent on agricultural imports and strings-attached aid. Food deficits in the Global South mirror food surpluses in the North. Whether through IMF-World Bank structural adjustment programmes, as occurred in Africa, trade agreements like NAFTA and its impact on Mexico or, more generally, deregulated global trade rules, the outcome has been similar: the devastation of traditional, indigenous agriculture for the benefit of transnational agribusiness and the undermining of both regional and global food security.

In the 1990s, the IMF and World Bank wanted India to shift hundreds of millions out of agriculture. India was advised to dismantle its state-owned seed supply system, reduce subsidies and run down public agriculture institutions and offer incentives for the growing of cash crops. As the largest recipient of loans from the World Bank in the history of that institution, India has been quite obliging and has been opening up its agriculture to foreign corporations.

India is on fast track to bring agriculture under corporate control… Amending the existing laws on land acquisition, water resources, seed, fertilizer, pesticides and food processing, the government is in overdrive to usher in contract farming and encourage organized retail. This is exactly as per the advice of the World Bank and the International Monetary Fund as well as the international financial institutes.

Hundreds of thousands of farmers have taken their lives since 1997 with many more experiencing economic distress or leaving farming as a result of debt, a shift to (GM) cash crops and overall economic ‘liberalisation’. This is a result of the plan to make agriculture financially non-viable for India’s small farms and enable the World Bank model.

The aim is to replace current structures with a system of chemical-intensive, industrial-scale agriculture suited to the needs of Western agribusiness, food processing and retail concerns. This is to be facilitated by the World Bank’s ‘Enabling the Business of Agriculture’ strategy, which entails opening up markets to Western agribusiness and their fertilisers, pesticides, weedicides and patented seeds. What we are seeing is the further commercialisation of rural India designed to entrench the forces of capitalist agriculture under U.S. leadership and its transnational agribusiness corporations.

We need look no further than the impact of chemical-intensive farming in Punjab to see some of the impacts. The application of synthetic pesticides have turned the state into a ‘cancer epicentre‘. In Maharashtra, the growing of cash crops is heavily water intensive and is placing a massive stain on water resources. As a whole, according to the Indian Council of Agricultural Research, India is losing 5.3 million tonnes of soil every year because of the indiscreet and excessive use of fertilisers and pesticides. Soil is becoming degraded and lacking in minerals, which in turn contributes to malnutrition. Across the world, the corporate-led, chemical-laden Green Revolution has entailed massive social, health and environmental costs. In an open letter written in 2006 to policy makers in India, farmer and campaigner Bhaskar Save summarised some of the impacts of this model of agriculture in India.

As a mirror image of what has happened in other countries (as described by Michel Chossudovsky in ‘The Globalization of Poverty and the New World Order‘), the Indian economy is being opened-up through the concurrent displacement of a pre-existing (very) productive system for the benefit of foreign corporations. Despite the rhetoric, jobs are not being created in any substantial number but hundreds of thousands of livelihoods are being destroyed to enable these companies to gain a financially lucrative foothold (see this and this).

It begs the question: are we to see a system of food and agriculture based on the U.S. model taking hold in India?

The fact that U.S. agriculture now employs a tiny fraction of the population serves as a stark reminder for what is in store for Indian farmers. Giant agribusiness companies (whose business model in the US is based on overproduction and huge taxpayer subsidies) rake in huge profits, while depressed farmer incomes, poverty and higher retail prices become the norm.

The long-term plan is for an overwhelmingly urbanised India with a fraction of the population left in farming working on contracts for large suppliers and Wal-Mart-type supermarkets that offer a largely monoculture diet of highly processed, denutrified, genetically altered food based on crops soaked with toxic chemicals and grown in increasingly degraded soils based on an unsustainable model of agriculture that is less climate/drought resistant, less diverse and which was never designed to achieve food security. The bottom line was always geopolitical interest and commercial gain.

The number of jobs created in India between 2005 and 2010 was 2.7 million (the years of high GDP growth). According to International Business Times, 15 million enter the workforce every year. And data released by the Labour Bureau shows that in 2015, the trend towards jobless ‘growth’ had finally arrived in India. A speech this week by the governor of the Bank of England sets out a scenario where 15 million jobs in the U.K. could eventually be lost due to automation.

So where are the jobs going to come from in India to cater for hundreds of millions of agricultural and rural-based workers who are to be displaced from the land or those whose livelihoods will be destroyed as transnational corporations move in and seek to capitalise small-scale village-level industries that currently employ tens of millions?

If we really want to feed the world, assist poor farmers in low income countries and contribute to effective and inclusive social and economic development at the same time, we should address the political, economic and structural issues laid out here which fuel poverty and hunger. Policy makers should also follow the recommendations of various reports that conclude agro-ecological approaches and/or low input farming strategies are more suitable for these countries.

Any genuinely inclusive programme of social and economic development must start in the countryside where most people reside. Instead of trying to empty rural India of most of its population and eradicate small farms, development should be centred on small farms that currently form the backbone of food production in the country, despite the adverse policy framework they are forced to cope with.

An alternative model to the current one would involve protecting indigenous agriculture from rigged global trade and corrupt markets and a shift to sustainable, localised agriculture which grows a diverse range of crops and offers a healthy diet to the public (alongside appropriate price and/or income support and infrastructure).

It is vital to invest in and prioritise small farms. They are after all, despite the commonly-held perception, more productive per unit land area than large-scale industrial farms. Moreover, again contrary to the popular belief, smallholder farms feed most of the world, not industrial-scale farming. Whatever measures are used, small farms tend to outperform large industrial farms, despite the latter’s access to various expensive technologies.

Let us turn to what food and agriculture researcher and analyst Peter Rosset said in 2000 to fully appreciate the vital importance of the contribution that small farms make to food security:

In monocultures, you have rows of one crop with bare dirt between them… It’s going to be invaded and taken advantage of by… weeds. So, if that bare dirt is invaded, the farmer has to invest labor or spray herbicides or pull a tractor through to deal with those weeds. Large farmers generally have monocultures because they are easier to fully mechanize.

He explains that smaller farms tend to have crop mixtures. Between the rows of one crop there will be another crop, or several other crops. The smaller farm with the more complex farming system therefore gets more total production per unit area, because they’re using more of the available niche space.

It might look like the large farm is more productive because you’re getting more, say, soybeans per acre. But you’re not getting the other five, six, ten or twelve products that the smaller farmer is getting. And when you add all of those together, they come to a much greater total agricultural output per unit area than the larger farms are getting.

Also, with small farms, there’s recycling of nutrients and biomass within the system, which helps makes it more efficient and productive.

The smaller the size of the farms, the easier it is to have more complex systems of crop production:

As farms get very large, labour costs and logistics become prohibitive, so farmers switch to machinery, and machinery requires simpler systems. With machines, you can’t achieve the same level of complexity and therefore the level of productivity that you can with a smaller size.

India’s wrong-headed development model is to eradicate small farms in a country dominated by small farms. Under World Bank instructions, it involves displacing the rural population and moving them to cities to do non-existent jobs. What should be happening is investing in and prioritising small farms (and associated local food production activities) that sustain livelihoods and which keep food and money in local economies. Corporate imperialism, often under the guise of ‘foreign direct investment’, sucks money from India and merely swells the profit margins of foreign capital, which captures and dominates markets for narrow self-interest, with often devastating effects. We have seen this happen with Monsanto, its monopolisation of cotton and is exorbitant ‘royalty fees’ placed on its GM seeds and the mass suicide of farmers resulting from the debt entailed.

In finishing, let us return to Peter Rosset who notes that the post-war economic ‘miracles’ of Japan, South Korea and Taiwan were each fuelled initially by internal markets centred in rural areas. He argues that this was real triumph for ‘bubble-up’ economics, in which re-distribution of productive assets to the poorest strata of society created the economic basis for rapid development.

It stands in stark contrast to the failure of ‘trickle down’ neoliberalism to achieve much of anything: in India’s case, debt, dispossession and suffering.

So, we might ask, why isn’t such a model of development being pursued? The glaringly obvious answer is that low input, sustainable models of food production and notions of local or regional self-reliance do not provide opportunities to global agribusiness to sell their products and cash in on the vision of a trillion-dollar corporate hijack of India.