International police body Interpol announced a new project Friday [20 Jan 2017] that will identify and dismantle organized crime networks between Africa and Asia that have devastated wildlife and made ivory a sought-after luxury.

Interpol, headquartered in the eastern French city of Lyon, said the initiative will focus on providing increased resources to countries linked to the illegal wildlife trade — especially as it relates to ivory, rhino horns and Asian big cats.

Elephant and rhinoceros, known as the ‘charismatic’ species, are often the poster children for the anti-poaching movement, tending to draw the most attention.

Interpol will also focus on other criminal activities linked to environmental crimes, including corruption, money laundering and firearms trafficking.

A June 2016 report by Interpol and the United Nations Environmental Programme found that environmental crimes were now worth up to $258 billion from $213 billion per year. 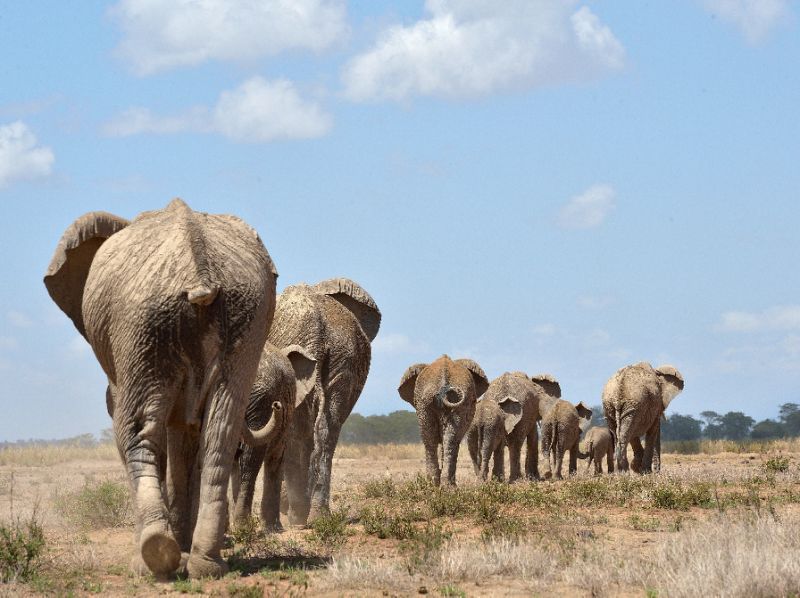 Elephant and rhinoceros, known as the ‘charismatic’ species, are often the poster children for the anti-poaching movement, tending to draw the most attention. (AFP Photo/Tony Karumba)

“It is essential that decisive action is taken to combat environmental crime and this project targeting the origanized crime links between Africa and Asia will enable all involved actors to unite in their efforts,” Interpol secretary general Jurgen Stock said in a statement.

Poaching became a global concern around 2010 when the massacre of elephant and rhino began reaching such levels that conservationists and wildlife activists realised more had to be done to give the problem wider attention.

China is the main source of global demand for ivory and in March 2016 the government announced a ban on new ivory imports.

According to the International Union for Conservation of Nature (IUCN), the African elephant population recorded its biggest drop in a quarter century last year, with an estimated population of 415,000 elephants, 111,000 fewer than a decade ago.

And the killing continues at the dizzying pace of about 30,000 elephants a year.

The rhinoceros fares worse. Black market rhino horn sells for up to $60,000 (57,000 euros) per kilogramme — more than gold or cocaine — and in the last eight years alone roughly a quarter of the world population has been killed in South Africa, home to 80 percent of the remaining animals.

The International Convention on International Trade in Endangered Species estimates the illegal wildlife trade is worth $20 billion a year, making it the fourth biggest illicit activity after guns, drugs and human trafficking.

“Protecting the world’s wildlife heritage is our collective responsibility as global citizens and as international law enforcement,” Stock said.

The project will also tackle large-scale illegal fishing, whose networks have developed over the past 10 years, Interpol said.

The project will be supported by the United States Agency for International Development (USAID) and the International Consortium on Combatting Wildlife Crime (ICCWC).