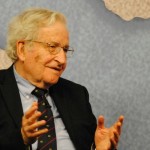 28 Dec 2016 – On 23 December 2016, the UN Security Council passed Resolution 2334 unanimously, US abstaining.  The Resolution reaffirmed “that the policy and practices of Israel in establishing settlements in the Palestinian and other Arab territories occupied since 1967 have no legal validity and constitute a serious obstruction to achieving a comprehensive, just and lasting peace in the Middle East [and] Calls once more upon Israel, as the occupying Power, to abide scrupulously by the 1949 Fourth Geneva Convention, to rescind its previous measures and to desist from taking any action which would result in changing the legal status and geographical nature and materially affecting the demographic composition of the Arab territories occupied since 1967, including Jerusalem, and, in particular, not to transfer parts of its own civilian population into the occupied Arab territories.”

Reaffirmed.  A matter of some import.

It is important to recognize that 2334 is nothing new. The quote above is from UNSC Resolution 446, 12 March 1979, reiterated in essence in Resolution 2334.  Resolution 446 passed 12-0 with the US abstaining, joined by the UK and Norway. The primary differences today are that the US is now alone against the whole world, and that it is a different world.  Israel’s violations of Security Council orders, and of international law, are by now far more extreme than in 1979 and are arousing far greater condemnation in much of the world. The contents of Resolution 446-2334 are therefore taken more seriously. Hence the intense reaction to 2334, both coverage and commentary; and in Israel and the US, considerable hysteria. These are all striking indications of the increasing isolation of the US on the world stage. Under Obama, that is.  Under Trump US isolation will likely increase further, and indeed already has, even before he takes office.

Trump’s most significant step in advancing US isolation was on November 8, when he won two victories. The lesser victory was in the US, where he won the electoral vote. The greater victory was in Marrakech, Morocco, where some 200 nations were meeting to try to put some real content into the December 2015 Paris agreements on climate change, which were left as promises rather than the intended treaty because the Republican Congress would not accept binding commitments.

As the electoral votes came in on November 8, the Marrakech conference shifted from its substantive program to the question whether there could even be any meaningful action to deal with the severe threat of environmental catastrophe now that the most powerful country in world history is calling quits. That was, surely, Trump’s greatest victory on November 8, one of truly momentous import. It also established US isolation on the most severe problem humans have ever faced in their short history on earth. The world rested its hopes for leadership in China, now that the Leader of the Free World has declared that it will not only withdraw from the effort but, with Trump’s election, will move forcefully to accelerate the race to disaster.

An amazing spectacle, which passed with virtually no comment.

The fact that the US is now alone in rejecting the international consensus reaffirmed in UNSC 2334, having lost even Theresa May’s Britain, is another sign of increasing US isolation.

Just why Obama chose abstention rather than veto is an open question: we do not have direct evidence. But there are some plausible guesses. There had been some ripples of surprise (and ridicule) after Obama’s February 2011 veto of a UNSC Resolution calling for implementation of official US policy, and he may have felt that it would be too much to repeat it if he is to salvage anything of his tattered legacy among sectors of the population that have some concern for international law and human rights. It is also worth remembering that among liberal Democrats, if not Congress, and particularly among the young, opinion about Israel-Palestine has been moving towards criticism of Israeli policies in recent years, so much so that the core of support for Israeli policies in the US has shifted to the far right, including the evangelical base of the Republican Party. Perhaps these were factors.

The 2016 abstention aroused furor in Israel and in the US Congress as well, both Republicans and leading Democrats, including proposals to defund the UN in retaliation for the world’s crime. Israeli Prime Minister Netanyahu denounced Obama for his “underhanded, anti-Israel” actions. His office accused Obama of “colluding” behind the scenes with this “gang-up” by the UNSC, producing particles of “evidence” that hardly rise to the level of sick humor.  A senior Israeli official added that the abstention “revealed the true face of the Obama administration,” adding that “now we can understand what we have been dealing with for the past eight years.”

Reality is rather different. Obama has in fact broken all records in support for Israel, both diplomatic and financial. The reality is described accurately by Middle East specialist of the Financial Times David Gardner: “Mr Obama’s personal dealings with Mr Netanyahu may often have been poisonous, but he has been the most pro-Israel of presidents: the most prodigal with military aid and reliable in wielding the US veto at the Security Council… The election of Donald Trump has so far brought little more than turbo-frothed tweets to bear on this and other geopolitical knots. But the auguries are ominous. An irredentist government in Israel tilted towards the ultra-right is now joined by a national populist administration in Washington fire-breathing Islamophobia.”

In an interesting and revealing comment, Netanyahu denounced the “gang-up” of the world as proof of “old-world bias against Israel,” a phrase reminiscent of Donald Rumsfeld’s Old Europe-New Europe distinction in 2003.

It will be recalled that the states of Old Europe were the bad guys, the major states of Europe, which dared to respect the opinions of the overwhelming majority of their populations and thus refused to join the US in the crime of the century, the invasion of Iraq. The states of New Europe were the good guys, which overruled an even larger majority and obeyed the master. The most honorable of the good guys was Spain’s Jose Maria Aznar, who rejected virtually unanimous opposition to the war in Spain and was rewarded by being invited to join Bush and Blair in announcing the invasion.

This quite illuminating display of utter contempt for democracy, along with others at the same time, passed virtually unnoticed, understandably. The task at the time was to praise Washington for its passionate dedication to democracy, as illustrated by “democracy promotion” in Iraq, which suddenly became the party line after the “single question” (will Saddam give up his WMD?) was answered the wrong way.

Netanyahu is adopting much the same stance. The old world that is biased against Israel is the entire UN Security Council; more specifically, anyone in the world who has some lingering commitment to international law and human rights.  Luckily for the Israeli far right, that excludes the US Congress and – very outspokenly – the President-elect and his associates.

The Israeli government is of course cognizant of these developments.  It is therefore seeking to shift its base of support to authoritarian states such as Singapore, China and Modi’s right-wing Hindu nationalist India, now becoming a very natural ally with its drift towards ultranationalism, reactionary internal policies, and hatred of Islam. The reasons for Israel’s looking in this direction for support are outlined by Mark Heller, principal research associate at Tel Aviv’s Institution for National Security Studies. “Over the long term,” he explains, “there are problems for Israel in its relations with western Europe and with the U.S.,” while in contrast, the important Asian countries “don’t seem to indicate much interest about how Israel gets along with the Palestinians, Arabs, or anyone else.” In short, China, India, Singapore and other favored allies are less influenced by the kinds of liberal and humane concerns that pose increasing threats to Israel.

The tendencies developing in world order merit some attention. As noted, the US is becoming even more isolated than it has been in recent years, when US-run polls – unreported in the US but surely known in Washington – revealed that world opinion regarded the US as by far the leading threat to world peace, no one else even close. Under Obama, the US is now alone in abstention on the illegal Israel settlements, against a unanimous UNSC. With Trump and his bipartisan congressional supporters, the US will be even more isolated in the world in support of Israeli crimes.  Since November 8, the US is isolated on the much more crucial matter of global warming. If Trump makes good on his promise to exit from the Iran deal, it is likely that the other participants will persist, leaving the US still more isolated from Europe. The US is also much more isolated from its Latin American “backyard” than in the past, and will be even more isolated if Trump backs off from Obama’s halting steps to normalize relations with Cuba, undertaken to ward off the likelihood that the US would be pretty much excluded from hemispheric organizations because of its continuing assault on Cuba, in international isolation.

Much the same is happening in Asia, as even close US allies (apart from Japan), even the UK, flock to the China-based Asian Infrastructure Development Bank and the China-based Regional Comprehensive Economic Partnership, in this case including Japan. The China-based Shanghai Cooperation Organization incorporates the Central Asian states, Siberia with its rich resources, India, Pakistan, and soon probably Iran and perhaps Turkey. The SCO has rejected the US request for observer status and demanded that the US remove all military bases from the region.

Immediately after the Trump election, we witnessed the interesting spectacle of German chancellor Angela Merkel taking the lead in lecturing Washington on liberal values and human rights. Meanwhile, since November 8, the world looks to China for leadership in saving the world from environmental catastrophe, while the US, in splendid isolation once again, devotes itself to undermining these efforts.

US isolation is not complete, of course. As was made very clear in the reaction to Trump’s electoral victory, the US has the enthusiastic support of the xenophobic ultra-right in Europe, including its neo-fascist elements. And the return of the ultra-right in parts of Latin America offers the US opportunities for alliances there as well. And of course the US retains its close alliance with Gulf dictatorships and with Israel, which is also separating itself from more liberal and democratic sectors in Europe and linking with authoritarian regimes that are not concerned with Israel’s violations of international law and harsh attacks on elementary human rights.

The developing picture suggests the emergence of a New World Order, one that is rather different from the usual portrayals within the doctrinal system.

Avram Noam Chomsky is an American linguist, philosopher, cognitive scientist, historian, logician, social critic, and political activist. Sometimes described as “the father of modern linguistics,” Chomsky is also a major figure in analytic philosophy, and one of the founders of the field of cognitive science. He has spent more than half a century at the Massachusetts Institute of Technology (MIT), where he is Institute Professor Emeritus, and is the author of over 100 books on topics such as linguistics, war, politics, mass media, US foreign policy, social issues, Latin American and European history, and more.