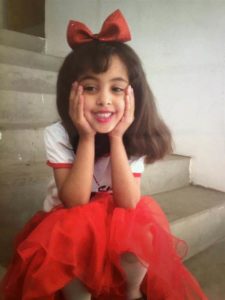 We have carnage and we have irony.

The speaker is the president, of course. It’s Super Bowl Sunday and here he is, generating another eyeball-popping headline as he dares to compare American collateral damage over the years with (as a chorus of shocked critics exclaimed) Vladimir Putin’s remorseless homicides. This happened during a pre-Super Bowl interview with Bill O’Reilly last Sunday, after O’Reilly had challenged Trump’s coziness with Russia and called Putin a killer.

Republican Sen. Ben Sasse of Nebraska summed up the outrage thus: “There is no moral equivalency between the United States of America, the greatest freedom-loving nation in the history of the world, and the murderous thugs that are in Putin’s defense of his cronyism.”

Too bad we can’t ask 8-year-old Nawar al-Awlaki for her opinion on whose killings are worse, America’s or Russia’s. She apparently bled to death from a neck wound a week before the Trump interview, during the disastrous U.S. raid on Yemen that left a Navy SEAL — and maybe 23 civilians — dead. This was a Trump authorized raid, the first of his presidency, but had been planned many months earlier. A newborn baby was also killed in the raid, according to the British humanitarian organization Reprieve, along with other women and children.

How many children have been buried thus far in the mass grave we call collateral damage? Nawar was the sister of Abdulrahman Awlaki, a 16-year-old boy killed in a 2011 drone strike, two weeks after the children’s father, an alleged al Qaeda leader (and U.S. citizen), was killed, also in a drone strike. “Why kill children?” Nawar’s grandfather asked after the girl’s death.

But the politics of our drone assassinations and our air strikes and our wars justify and soften the murders we commit. Even now, as consensus consigns the Iraq war to the status of “mistake,” we still refuse to take official responsibility for its consequences. The shattered country, the dead, the dislocated, the rise of terrorism — come on, cut us a little slack, OK? We were bringing democracy to Iraq.

The unpredictable Trump spews out a fragment of spur-of-the-moment truth in a Fox News interview — “you think our country’s so innocent?” — and the consensus critics can only writhe in outrage. “One can argue that’s the most anti-American statement ever made by the president of the United States,” retired Gen. Barry McCaffrey exclaimed on MSNBC, defending American exceptionalism as though it were God.

What a strange game this president is playing. Fervid belief in this exceptionalism is the foundation of Trump’s support. The raw meat he throws to his supporters is fear and hatred and clearly defined enemies: Muslims, Mexicans, refugees and immigrants from everywhere (except Europe). His allegiance to white nationalism and corporatocracy and war, the unacknowledged beneficiaries of this exceptionalism, is serious, and reflected in his cabinet choices.

“Everyone on Trump’s national insecurity team seems to agree on one thing: the United States is in a global war to the death,” Ira Chernus writes at TomDispatch, for instance, quoting the crusading militarism of a number of his advisors and appointees, such as Deputy National Security Advisor K.T. McFarland.

“If we do not destroy the scourge of radical Islam, it will ultimately destroy Western civilization . . . and the values we hold dear,” she has said.

“For her,” Chernus noted, “it’s an old story: civilization against the savages.”

And, indeed, Trump’s ascension to the presidency was cited by the Bulletin of the Atomic Scientists as the reason they set the Doomsday Clock — Planet Earth’s largest, most ominous metaphor — ahead by thirty seconds in January, to two and a half minutes to midnight. The Bulletin’s Science and Security Board explained:

“This already-threatening world situation was the backdrop for a rise in strident nationalism worldwide in 2016, including in a U.S. presidential campaign during which the eventual victor, Donald Trump, made disturbing comments about the use and proliferation of nuclear weapons and expressed disbelief in the overwhelming scientific consensus on climate change.”

I note all this in the context of Trump’s Fox News tease — that the United States is no more innocent in its wars and murders than Russia is — and his perplexing, perhaps business-related friendliness with Putin, which seems to address one of the major concerns of the Bulletin of the Atomic Scientists. The Board, in its Doomsday Clock statement, noted with alarm: “The United States and Russia—which together possess more than 90 percent of the world’s nuclear weapons—remained at odds in a variety of theaters, from Syria to Ukraine to the borders of NATO.”

Trump is a walking maelstrom of racism, arrogance, greed, incompetence and political incorrectness. He approved the Navy SEAL raid in Yemen with a shrug, as he ate dinner. Children died. The smiling face of Nawar al-Awlaki now haunts the mission.

In his own racism and hypocrisy, is Trump exposing the hypocrisy of the media and the military-industrial complex? Is the new president somehow holding hands with the children whose deaths he will continue to order?

Robert C. Koehler is an award-winning, Chicago-based peace journalist and nationally syndicated writer. His book, Courage Grows Strong at the Wound (Xenos Press) is still available. Contact him at koehlercw@gmail.com.