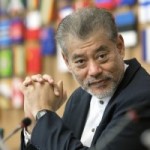 The US Wall Street Crash of 1929 led to the Great Depression, which in turn engendered two important policy responses in 1933 with lasting consequences for generations to come: US President Roosevelt’s New Deal and the 1933 Glass-Steagal Act.

While massive spending following American entry into the Second World War was clearly decisive in ending the Depression and for the wartime boom, the New Deal clearly showed the way forward and suggested what could be achieved if more public money had been deployed consistently to revive economic growth.

Michal Kalecki and Keynes provided robust analytical justification for counter-cyclical fiscal and other policies to maintain aggregate demand, very much contravening earlier received wisdom. Post-war decolonization gave birth to the academic field of development economics from the 1950s, initially pioneered by Central Europeans striving not to be left behind by the earlier ascendance of Western Europe and then the United States of America after its Civil War.

For about a quarter of a century after the end of the Second World War, the post-war ‘Golden Age’ saw rapid post-war reconstruction in Western Europe. This was crucially supported by the generous Marshall Plan, arguably the first, largest and most successful development cooperation program, triggered by the beginning of the Cold War. Similar economic development policies and assistance were introduced in Japan, Taiwan and South Korea, following the Korean War and the establishment of the People’s Republic of China.

US Secretary of State General George Marshall understood that inclusive economic development would help ensure a cordon sanitaire against the Soviet-led camp. Thus, thanks to the Cold War, Western Europe and Northeast Asia recovered quickly, industrialized rapidly and achieved sustained, rapid growth with interventionist policies which would be widely condemned by today’s conventional wisdom. While national economic capacities and capabilities had to be nurtured to ensure sustainable development, Marshall also recognized that aid should be truly developmental, not piecemeal or palliative. 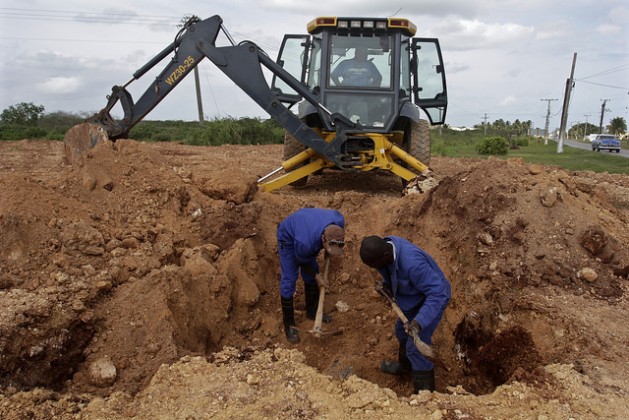 The ‘Washington Consensus’ – uniting the American government and the Bretton Woods institutions located in the US capital city – emerged from the early 1980s to prescribe neo-liberal economic policies for developing countries for the ‘counter-revolutions’ against development economics, Keynesian economics and progressive state interventions.

Macroeconomic policies became narrowly focused on balancing annual budgets and attaining predictably low inflation – instead of the earlier post-colonial emphasis on achieving and sustaining rapid growth and full employment without runaway inflation. A ‘neo-liberal’ wave of deregulation, privatization and economic globalization followed, supposedly to boost economic growth. Economic growth was expected to trickle down to reduce poverty, with broader sustainable development and inequality concerns consigned to the garbage bin.

But the Washington Consensus policies not only failed to sustain economic growth, largely due to the greater instability and volatility associated with financial liberalization, especially across borders. But premature trade liberalization also undermined existing production and export capacities and capabilities without enabling the development of new ones. For the poorest countries, the loss of tariff revenue also undermined government revenues, expenditure and hence, the capacity to provide badly needed infrastructure, social protection and support for developmental initiatives.

In the meantime, the more liberal developed economies experienced spurts of rapid growth as well as greater volatility and instability while most developed economies became more vulnerable to institutional stasis as they abandoned Keynesian policies for neo-liberal policies demanded by markets and their champions.

With European social democrats turning their backs on Keynes in favour of neoliberal economics, and often barely distinguishable from the centre-right in this regard, dissent against economic liberalization and its discontents moved to the ‘extremes’. With the left often on the backfoot in most developed economies for more than a quarter century, it has been the right which has successfully mobilized against cultural ‘others’ often divided among themselves.

While the rhetoric of the national chauvinist ‘new right’ rejects globalization and multiculturalism, it also rejects international solidarity, cooperation and multilateralism. Its rejection of the neoliberal Washington Consensus does not imply opposition to contemporary imperialism, but rather threatens a return to old — and new — forms of domination, economic and otherwise.

More than ever, it will be crucial for developing countries to work together, not only to ensure that South-South and ‘triangular’ (with the North) cooperation represents a progressive alternative to the Washington Consensus and its national chauvinist successors. Such solidarity will determine how well the South — and the world as a whole — will fare during the coming eclipse.

Jomo Kwame Sundaram, a former economics professor, was United Nations Assistant Secretary-General for Economic Development, and received the Wassily Leontief Prize for Advancing the Frontiers of Economic Thought in 2007.