Being Anti-Russia Will Take the West Nowhere

16 Mar 2017 – The state of being vigorously anti the Russian president, Vladimir Putin, is becoming out of control. It is in danger of becoming pathological and self-destructive. What does the West gain in the long run if it sees nothing ahead but being anti-Russia? The West is in danger of having embarked on a journey to nowhere. Russia is not going to change significantly in the near future. The very close Putin/ Dimitri Medvedev team are going to remain in the saddle for a long time.

We are not yet in a second Cold War. Those who say we are don’t know their history. The Cold War was years of military confrontation, not least with nuclear arms. It was a competition for influence that stretched right around the globe and it was done with guns. There was the Cuban missile crisis when nuclear weapons were nearly used.

If Putin is here to stay we have to deal with him in a courteous and constructive way. Russia is not a serious military threat. President Donald Trump’s proposal for an increase in US defence spending is larger than the whole of the Russian defence budget.

Neither is Russian ideology. When the Soviet Union was communist there was a purpose behind Moscow’s overseas policies – it was to spread the type of government of the supposedly Marxist-Leninist workers’ state. No longer.

Today the militant anti-Putinists – I would include in this group Barack Obama, most of the big media in much of the Western world and most, but by no means all, EU leaders – believe they are defending the US-led “liberal democratic order”. They believe that Russia is intent on undermining it. In their eyes it is democracy against authoritarianism.

But it is not. As the renowned Russian scholar Gordon Hahn tirelessly points out, there are a significant number of democracies that are non-NATO. India is the most important with its massive population. New Delhi has excellent relations with Moscow and in no way feels challenged. Neither does Moscow feel that India is engaged in nefarious activity on Russia’s southern flank.

Just as the US doesn’t arm itself against Mexico and vice versa so India and Russia don’t prepare to be militarily engaged against the other. India has neither encouraged nor supported illegal, revolutionary seizures of power in countries neighbouring Russia. For its part Russia has never given Pakistan any encouragement in its confrontations with India, even when Beijing was a close ally of Islamabad.

Indeed, we see a continuously improving relationship between New Delhi and Moscow. BRICS, for example, that joins these two countries with Brazil, South Africa and China brings the five of them economically closer and develops amity between them. The first two are also democracies that in no way feel they are in another camp.

Moscow has good relations with other Asian democracies – with Japan, South Korea, Taiwan, Indonesia and Sri Lanka. There are few tensions between Tokyo and Moscow, even though they have failed so far to settle the sensitive dispute over ownership of the Kuril islands – a leftover from World War 2. During Putin’s recent trip to Tokyo to talk with Prime Minister Shinzo Abe there was a significant breakthrough on the issue. The two agreed that their countries would engage in joint economic activity on the islands.

South Korea is the US’s firm ally. Nevertheless, Moscow has not raised the issue of the US deployment of an anti-missile defence system in South Korea, aimed at North Korea. Recently Seoul signed some 20 economic agreements with Moscow. Moreover, South Korea plans to sign a free trade agreement with the Russian-led Eurasian Economic Union – the very one that the US and the EU leant on Ukraine not to join.

There is no sign that Russia is bent on subverting democracy. Democracy flourishes all over the world – in nearly every Latin American country, in most of Africa and a good part of Asia. None of these countries complain of Russian opposition to their “liberal democratic order”. They live happily with Moscow, (as does authoritarian China). So why can’t the West?

The truth is the West would be enjoying the same benign relationship with Russia if under presidents Bill Clinton, George W. Bush and Barack Obama, the US hadn’t, step by step, put Russia under the hammer by expanding NATO and breaking its solemn promise not to. (Neither Ronald Reagan nor George H.W. Bush, who understood Russia, saw fit to expand NATO. Richard Nixon, a Russophile, would never have.)

Russia’s own post-Soviet politics have veered from chaotic democracy under Boris Yeltsin to a half-way-house authoritarianism under Putin. For all their deficiencies they have been miles away from the repression of Soviet rule.

The West is going to have to live with this kind of Russia for a long time. The West must stop being both paranoid and vindictive. This is counterproductive and goes nowhere. 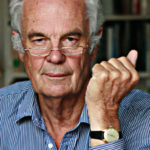 Jonathan Power is a columnist, film-maker and writer. M.Sc in economics, trained as a geographer and agricultural economist. For the first ten years after graduate school community work in slum neighborhoods in Chicago and London. Worked for Martin Luther King 1966-1967. For 30 years a journalist, of which 17 as columnist for the International Herald Tribune 1974-1991; he has been a regular guest columnist in New York Times and Encounter. Power is a regular contributor to the opinion page of Prospect Magazine. He became a TFF Associate in 1991.