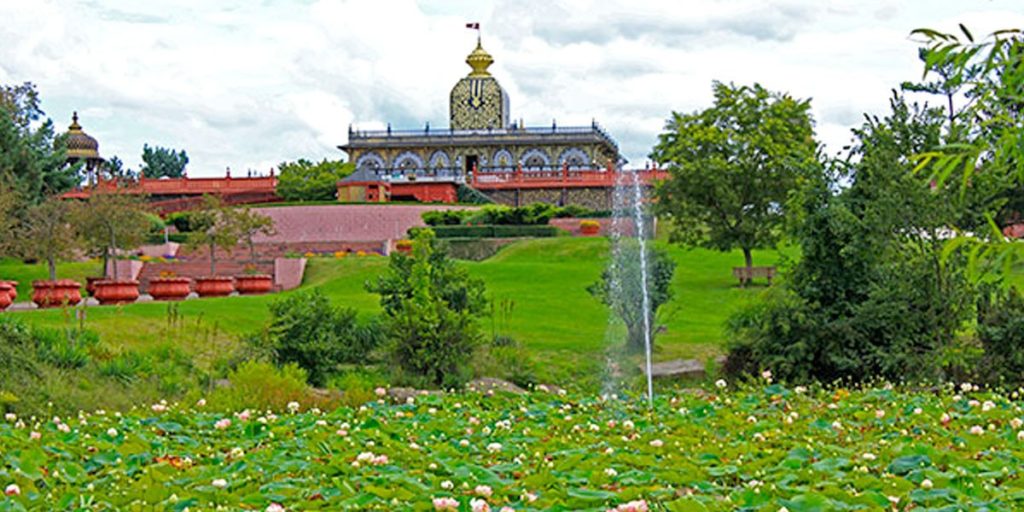 Energy Transfer Partners, the company behind the Dakota Access Pipeline, is facing a familiar legal battle over its proposed Rover Pipeline.

2 Mar 2017 – A Hare Krishna community in West Virginia is challenging the project on religious grounds, saying that the pipeline’s planned route could cut through sacred lands.

The New Vrindaban community in Marshall County was once America’s largest Hare Krishna settlement, and is home to the Palace of Gold, an ornate temple that has been described as America’s Taj Mahal.

The religious organization, which has been trying to rebuild itself since the 1980s after being rocked by numerous scandals, happens to sit on the gas-rich Marcellus Shale. The commune has more or less welcomed gas leases as a means to repair its crumbling infrastructure and start new projects, and has reportedly netted more than $4.3 million in royalties.

While the religious organization signed leases in 2010 and 2014 to sell the natural gas under its properties, according to its federal lawsuit filed at U.S. District Court in Wheeling on Tuesday, those leases do not allow for any surface disturbances and blocks off sacred areas from outside intrusion. 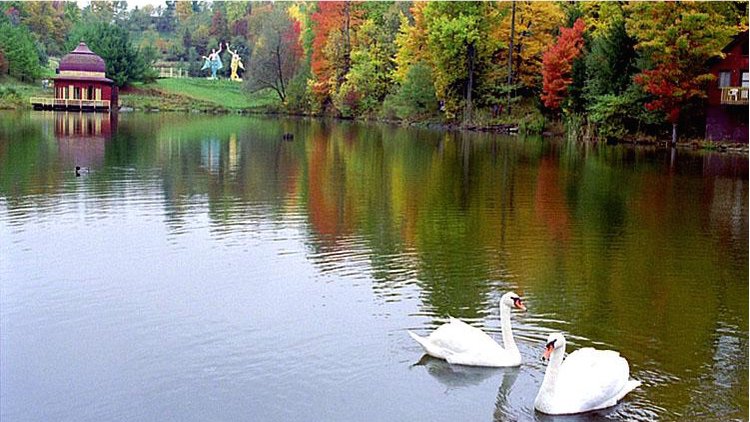 A lake on the sacred property of New Vrindaban in West Virginia.

The Pittsburgh Post-Gazette reports that the lawsuit seeks to block Rover’s legal request for immediate access and possession of the pipeline pathway through two of the community’s seven sacred temples. Energy Transfer Partners wants to build the pipeline on a permanent 50-foot-wide right of way about 3,000 feet long on the two properties, offering property owners $7,000.

But the complaint states that the project infringes on religious freedom as it “seeks to take a non-metaphorical bulldozer through the Vrindaban Parties’ property, and in turn, through their most sincerely held holy sites.”

The lawsuit also argues that Rover cannot meet the legal burden of demonstrating a compelling governmental interest building the pipeline through New Vrindaban’s holy grounds, according to the Post-Gazette. 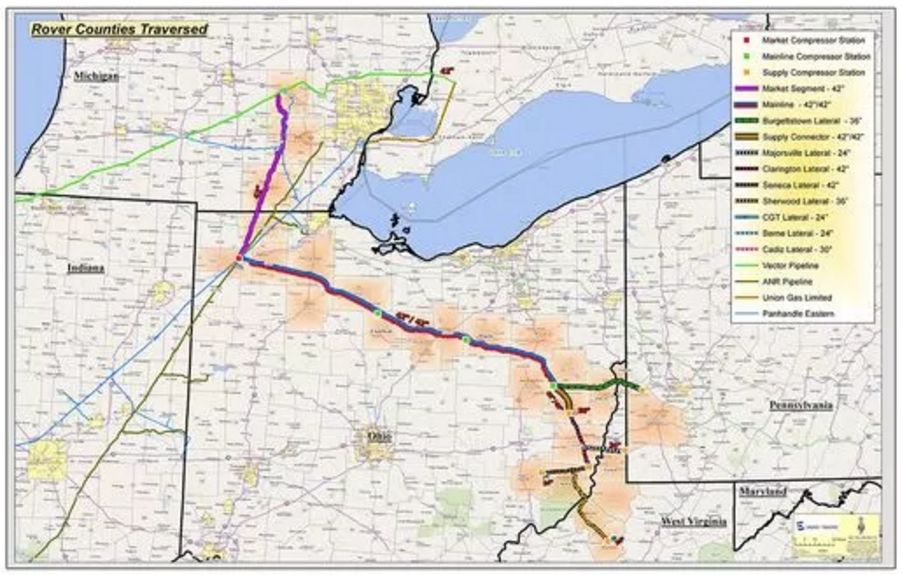 The U.S. Federal Energy Regulatory Commission approved the pipeline’s construction last month, thereby allowing the company to file eminent domain lawsuits to seize property from owners even if they are unwilling.

But as Gabriel Fried, an executive agent and board member in the Krishna community, told the Post-Gazette, “These are sacrosanct properties.”

“Our goal is to protect these properties,” he continued. “We’re not trying to stop the pipeline or progress. We’re amenable to finding a route we and the company can be happy with.”

A court hearing over the Krishna lawsuit will take place on Thursday in Wheeling.

CONFLICT: Religious leaders for the Hare Krishnas are speaking out about the proposed Rover Pipeline coming through their sacred grounds.

“We are not here to stop the Rover Pipeline company’s pipeline, rather we’d like to come to an understanding that our sacred spaces are not harmed,” Vrindavan Das, the director of communications at ISKCON New Vrindaban, told 7News. “That would be very disturbing to our residents and pilgrims.”

The New Vrindaban community is not alone in opposing the interstate pipeline. Fifty-eight property owners in Michigan have been affected by an eminent domain lawsuit filed in federal court by Energy Transfer Rover Pipeline earlier this month.

“They want to build an access road through our property, but we have not agreed to that yet,” Marion Township resident William Atkinson told Livingston Daily. “I’m not happy about eminent domain. I don’t think it’s right they can do that.”

Next Steps in Battle Against Dakota Access and Keystone XL Pipelines