Israeli police on Tuesday [14 Mar 2017] closed a Palestinian research centre in Jerusalem and briefly arrested its director, a prominent cartographer, accusing him of working for the Palestinian security services.

The office of cartography in occupied east Jerusalem was shut down for six months, a police statement said.

Israeli officials accused its head Khalil Tafakji of working with the Palestinian Authority to monitor the sale of land by Palestinians to Israeli Jews in east Jerusalem.

Israel seized east Jerusalem in the 1967 Six-Day War and later annexed it in moves never recognised by the international community.

Israel sees the whole city as its united capital, while the Palestinians view east Jerusalem as the capital of their future state. 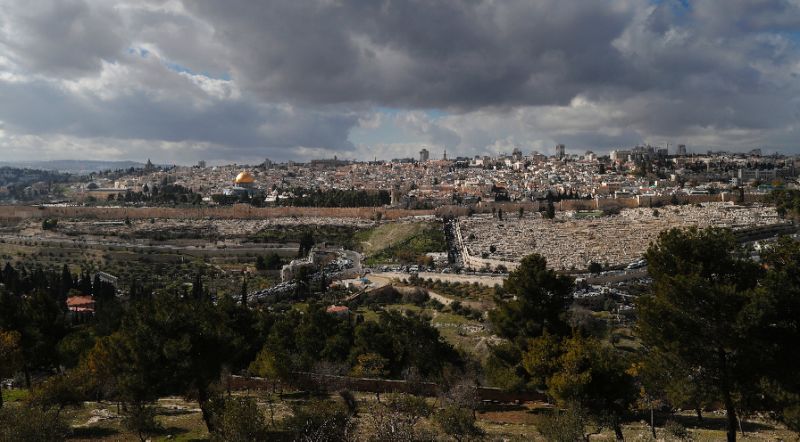 A general view shows the Dome of the Rock at the Al-Aqsa mosque compound in the Old City of Jerusalem in 2017 as Israel sees the whole city as its united capital, while Palestinians view east Jerusalem as the capital of their future state. (AFP Photo/THOMAS COEX)

Israeli internal security minister Gilad Erdan earlier said Tafakji’s work had been “part of the Palestinian Authority’s plan to undermine our sovereignty in Jerusalem and terrorise Arabs selling real estate to Jews in the city.”

Selling land to Israeli settlers is punishable by death under Palestinian law.

Senior Palestinian official Saeb Erekat condemned in a statement the “illegitimate” closure and arrest, calling it part of Israel’s attempts to “erase any Palestinian presence in the city”.

Around 200,000 Israelis now live in settlements in east Jerusalem.

Tafakji has been mapping the Palestinian territories for decades and is regularly quoted by both international experts and the world press.

He works within Orient House, which was long a hub of Palestinian culture in Jerusalem under the Palestine Liberation Organisation but was closed in 2000 by Israel.