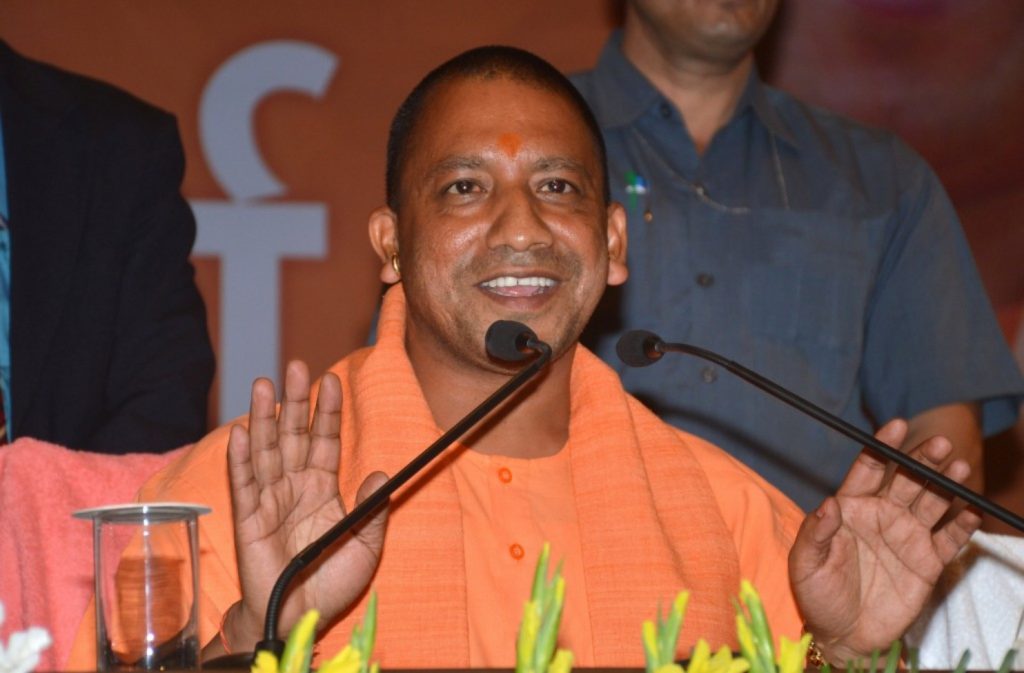 24 Mar 2017 – On Monday [20 Mar], Amnesty International released an unusual statement asking the new chief minister of India’s largest state to publicly retract his anti-Muslim statements. The last such statement by the human rights organization directed at a popularly elected leader was aimed at President Trump.

Amnesty’s statement came after hard-line Hindu monk Yogi Adityanath took power last week in Uttar Pradesh, a state with a population of 200 million. (For reference, Brazil’s population is 200.4 million). As the largest state in India, Uttar Pradesh has great sway over national politics. It is also a volatile state, where in 1992 deadly riots over a disputed temple killed more than 2,000 people.

Adityanath is a controversial and deeply divisive figure for his militant, misogynistic and anti-Muslim rhetoric. He has been a vociferous supporter of a campaign called Love Jihad, ostensibly to stop Muslim youths from marrying Hindu women, claiming, without evidence backing this up, that the intention was to convert them to Islam. His supporters have called for digging up Muslim women from their graves and raping them. In 2015, he said that if he was given the chance, he would install idols of Hindu gods in every mosque. In an undated video uploaded in 2014, he said, “If [Muslims] take one Hindu girl, we’ll take 100 Muslim girls. If they kill one Hindu, we’ll kill 100 Muslims.”

December will mark 25 years since a Hindu mob, led by the pro-Hindutva group Vishwa Hindu Parishad and its associates, including the ruling Bharatiya Janata Party, had destroyed the historic Babri mosque in the temple town of Ayodhya in Uttar Pradesh in order to build a temple dedicated to the Hindu god Rama. The Hindus claim the mosque was built on the rubble of a temple during the Mughal era. This year also marks 25 years that the BJP has been promising to build a Rama temple on the site. And the overwhelming win of the BJP in Uttar Pradesh — where only caste-based regional parties have been known to prosper — along with the appointment of Adityanath is indication enough that many of India’s lower classes have decided the time is now right to usher in their idea of change, and not the change that has traditionally been the prerogative and privilege of the elite and the middle classes.

It also points at rising Islamophobia in India, aided and abetted by the far right and the elephant in the room ever since the unexpected win of Narendra Modi in the 2014 national elections. Adityanath’s anointment as the chief minister of a state that has been a hotbed of communal tension for more than two decades suggests that this Islamophobia is taking deeper roots. Last year a mob lynched a Muslim man in a town called Dadri in Uttar Pradesh for allegedly slaughtering a cow, which Hindus consider sacred. Adityanath, who along with his supporters, worships the cow as the great matriarch, said the family of the man should face criminal charges. Leading up to the election, in the interior of Uttar Pradesh, Adityanath reportedly promised people a Muslim-free India, if the Hindus forgot their caste and class bias and voted on the basis of religion for the BJP. And it seemed to have worked.

The similarities between Modi and Adityanath are also pretty striking. Both of them are deeply polarizing figures in Indian politics. Modi’s alleged involvement in riots in the western Indian state of Gujarat in 2002 — although no court of law ever indicted him — had made him a pariah in national politics as well as within his own party. Adityanath, too, is reportedly unpopular within the party. And yet, the masses seem to love both because both Modi and Adityanath have been able to position themselves as custodians of the two most engaging symbols of Hinduism — the cow and the Ayodhya temple — which they managed to convince the masses are seemingly under threat from Muslim forces. The Ayodhya temple issue has been like the coal mine fires in Jharia, not visible but constantly burning just under the surface. The cow is fast becoming a national obsession, too. Adityanath’s new website, in fact, is running a poll on whether cow slaughter should be punished severely; 98 percent of respondents think it should be.

Modi’s development promises have been on the backburner for a while now. The much-criticized demonetization exercise, too, had shaken his fan base. Adityanath is the Hindutva card he might have been saving for just such a rainy day.

Religion, Marx said, was the common man’s opium. It can’t be truer in India than right now.

Nilanjana Bhowmick is a journalist and writer in India.