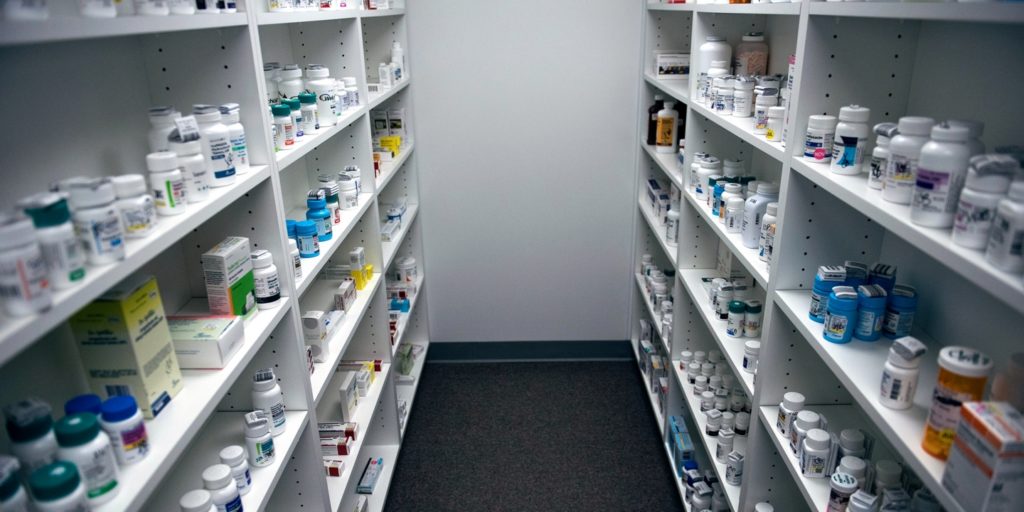 10 Apr 2017 – Advertisements from seemingly independent advocacy groups are swamping Beltway newspapers with dire warning that recent proposals to lower drug prices will lead to dangerous consequences. In the last week alone, the ads have appeared in the Washington Post, Washington Times, Roll Call, The Hill, and Politico.

The groups placing the ads have no obvious connection to pharmaceutical companies. For instance, the American Conservative Union (ACU), one of the organizations taking out an ad, describes itself as devoted to promoting “liberty, personal responsibility, traditional values, and strong national defense.”

But unbeknownst to readers, the organizations have undisclosed financial ties to the Pharmaceutical Research and Manufacturers of America (PhRMA), the umbrella lobbying group that represents the biggest names in the drug industry, including Merck, Pfizer, Bristol-Myers Squibb, Purdue Pharma, and Eli Lilly.

The ads have appeared as legislators are taking up proposals designed to lower drug prices — potentially cutting into the profits of the big drugmakers. A bill proposed by Sen. Al Franken, D-Minn., would reverse a 2003 law that prohibits Medicare from using its collective bargaining power to negotiate for lower prescription drug prices. The ban on negotiation was originally authored by legislators working closely with PhRMA lobbyists, and the sponsor of the ban later became a PhRMA lobbyist.

“Will government price setting lower the cost of her prescription drugs? Will government rationing increase his access to new, life-saving medicines?” asks the full-page ad sponsored by the ACU. The ad features a stock image of senior citizens with puzzled looks across their faces. 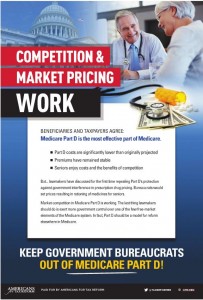 Another ad, from Americans for Tax Reform, a conservative advocacy group devoted to reducing taxes, warns that Medicare Part D, the prescription drug benefit arm of Medicare, might soon be threatened by lawmakers seeking to repeal “Part D’s protection against government interference in prescription drug pricing.”

The ATR ad, which goes on to call for preserving the “free-market elements of the Medicare system,” declares, “Keep Government Bureaucrats Out of Medicare Part D!”

“I found this ad particularly strange,” Peter Maybarduk, the director of Public Citizen’s Access to Medicines program said, given the group’s ostensible devotion to tax reduction. “The problem with high drug prices is one of monopoly power. We do have government bureaucrats involved; they’re giving monopolies to the companies through patents and other exclusivities.”

It might appear odd for groups such as ATR and ACU to claim that Medicare’s prescription drug policies, which were designed by drug company lobbyists to prevent competitive bidding, reflect free-market values. And why would ATR, a group devoted to tax issues, spend a large amount of money on ads that have nothing to do with taxes?

One thing both organizations have in common is the same longtime financial sponsor. PhRMA, which is required to disclose grants to other nonprofits on its annual tax return, provided ATR with $746,000 between 2010 and 2014. The American Conservative Union has received $100,000 from PhRMA during the same period.

ATR was founded by Grover Norquist, a former corporate lobbyist with a long history of using his nonprofit group to advance the interests of donors. In 2006, a congressional report found that lobbyist Jack Abramoff coordinated closely with Norquist to arrange special policy favors for his clients. In one email, Norquist requested a $50,000 donation to ATR in exchange for his group moving to oppose taxes on Brown-Forman products. The report further found that Abramoff arranged opinion columns authored by Norquist in support of Abramoff’s client goals in exchange for cash.