The Western Media Refute Their Own Lies

7 Apr 2017 – Not only do they confirm that the Pentagon has been training the terrorists in the use of chemical weapons, they also acknowledge the existence of a not so secret “US-backed plan to launch a chemical weapon attack on Syria and blame it on Assad’s regime”

(Update; April 8, 2017) Trump’s decision to strike a Syrian airbase in retaliation for Assad’s alleged use of chemical weapons against his own people confirms that the “False Flag” Chemical Weapons attack scenario first formulated under Obama is still “on the table”.  Our analysis (including a large body of Global Research investigative reports) confirms unequivocally that Trump is lying, the Western media is lying and most of America’s allies are also lying. 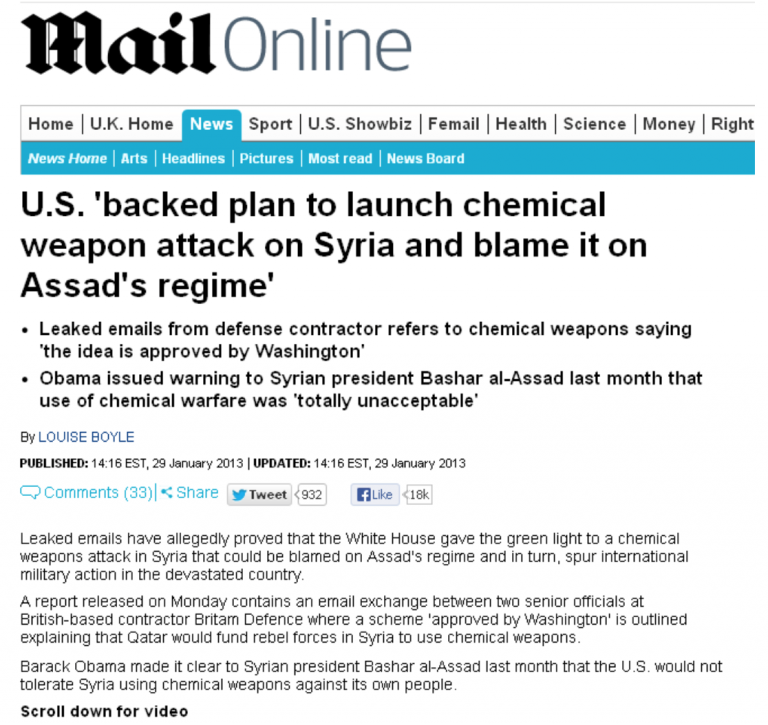 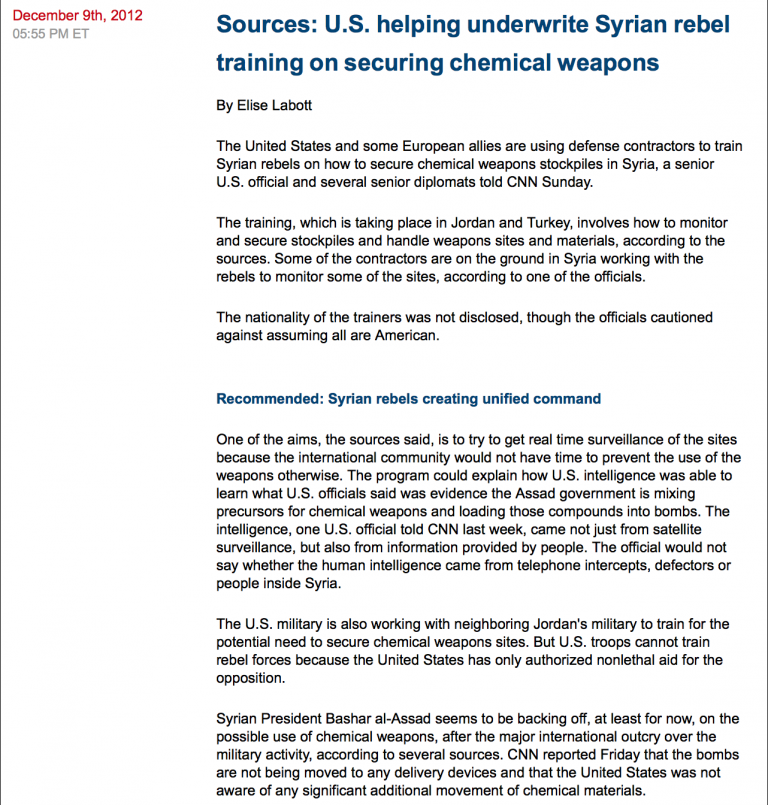