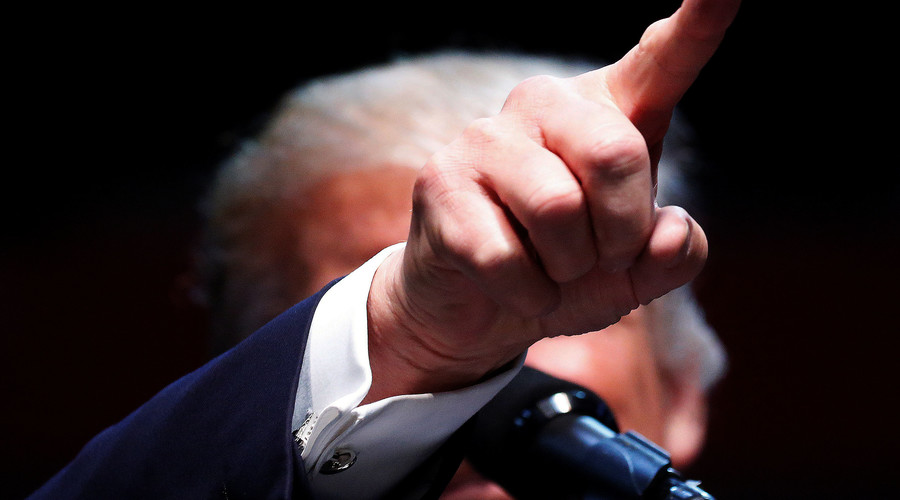 A rush to judgement? A one-off attack? Or maybe the start of a major military offensive in Syria? Scholars, analysts and journalists offer their opinions on the Trump administration’s decision to attack the Syrian military on Friday [7 Apr 2017].

“The attack that was carried out today will help the terrorists. There is a big difference because in Eastern Syria the US has been kind of halfheartedly attacking ISIS in around Deir ez-Zor and Raqqa, not nearly as intensely and with as many deaths as were doing in Mosul, of course. This was an attack on a Syrian air force base. What it will do is it will make it more difficult for the Syrian air force to attack terrorists in the area around Homs, which has been under threat.

The OPCW [Organization for the Prohibition of Chemical Weapons] got a Nobel Price for managing the complete elimination of prohibited chemical weapons by Syria in 2014. It was an amazing achievement. The chemical weapons were all destroyed on a US vessel, and they were carefully inspecting those chemicals to see if they could identify sarin that matched up with the sarin that was used in Damascus thinking that they could find the proof that way, and of course they did not. The investigations of the best American journalists, Seymour Hersh, Robert Parry, and others, the group from MIT [Massachusetts Institute of Technology] concluded that it was not Syrian government, it was the armed opposition that carried out this sarin attack, the chemical weapon attack in 2013. The statements from the Trump administration are nonsense.”

“If what Trump was really doing here was simply laying down a marker that, “I am a big dog; that I am tough; I am going to stand up and now we can get around with serious discussion for settling this war. I think that door remains open.” But frankly, that door was already open. It was wide open. I thought that was where we were going; where we beginning to cooperate with the Russians in planning the offensive against ISIS in Raqqa, hitting Al-Qaeda in Idlib. Now we in effect have delivered a military strike against the people that are fighting against ISIS and Al-Qaeda. It doesn’t make any sense.

The only silver lining I see in this particular action is that by using the cruise missiles and not using aircraft that the Russians and the Syrians would have been obligated to try to shoot down, and might have succeeded in doing so, we have avoided at least a direct clash with the Russians. Maybe this is all scripted. Maybe this is all some kind of Kabuki Theatre to get to precisely that kind of negotiation. But I think it is a very hazardous and not a very smart way to go about it.”

The other side was is that the evidence of chemical kind of spread is because there of an army depot that has been hit, and that depot was in fact storing  toxic chemical materials. The whole story needs to be evidence-based. Coming back to the [UN] Security Council: I think there was an international consensus that the chemical weapons cannot be used. So I think all sides including the Americans, the Chinese, the Russians can agree on that. But it is one thing to agree on that, but another to blame it directly on the Syrian government, on the Russian government without any evidence…

You can’t bomb another sovereign country, no matter what the grounds. First, you would have to have the permission of the country’s government. Second, if it involved a disputed issue you would have to refer to the UN Security Council, and the Security Council would have to conduct an investigation. What has happened here is a rush to bombing without even an investigation as to who was responsible for the chemical weapons incident, nor any kind of coordination between the US and Syrian governments … Many are asking in Washington today: Who made this decision?

Various people in Washington have been saying off the record that this was a one-off attack; that it was done because Trump did want to show that he does have some power in the middle of the chaos, that he is doing something; that he can make things happen. And this was sort of the smallest thing he could do in response to this very big story, which is horrific in and of itself. There were civilians who were clearly killed by some horrible chemical. But to jump to the assumption that it was Assad is really a leap, especially given the fact that Assad did have no motive to use chemical weapons and every motive not to.

First of all, the US and its European allies, if you recall, gave Saddam Hussein chemical weapons to use with impunity against the Iranians and his own people. No one complained back then. The BBC and Western media outlets were completely silent. In fact, the people who carried out those atrocities, those who gave the weapons – they are in the US; they are in the European capitals; they are senators; they are people in power; they are influential; they are in think tanks. No one is out to punish them. This is utter hypocrisy.

In the UN Security Council, the US did not want an investigation. It is obvious. They and the Western media, which is cheerleading, basically are out to hurt the Syrian government, and they will justify it in any way possible, and the Western media will be completely obedient. Possibly one reason why Trump carried out this atrocity and this war crime was because of the pressure he was facing in the US. He wanted the mainstream media, which has been attacking him for months now, to support him. Just like President [Bill] Clinton, when he was under pressure because of Monica Lewinsky, he carried out an airstrike on a pharmaceutical factory in the Sudan, claiming that they made chemical weapons. He was trying to distract attention away from his own problems. In the same way, I think Trump is trying to gain popularity.

History is repeating itself. It is often the case with new presidents who are coming to office and take knee-jerk reactions with regards to foreign policy, particularly in the Middle East. If you look back at George W. Bush and his anxiety to rush to move into Iraq in the Second Gulf War, he told Tony Blair: “Look I don’t need to stick around and wait for the UN to get its act together, I just can do it on my own.” I think that is what is happening now. It is a sensational story… and American presidents don’t seem to be learning from history itself or the errors of their ways.

[Trump] doesn’t really seem to understand how polarized the Middle East is. He seems to be sometimes shooting the wrong side. The problem with hitting Assad is that you immediately give the benefit to those who are fighting him. On the ground, we shouldn’t forget that in the last few months Assad has started to hit extremists in Northern Syria once again. So for Trump to go ahead and bomb military installations of the Assad forces – you’re giving the upper hand to the extremists who are fighting them. He is sort of shooting himself in the foot…