Trump Has Scientists Mad Enough to March on Earth Day 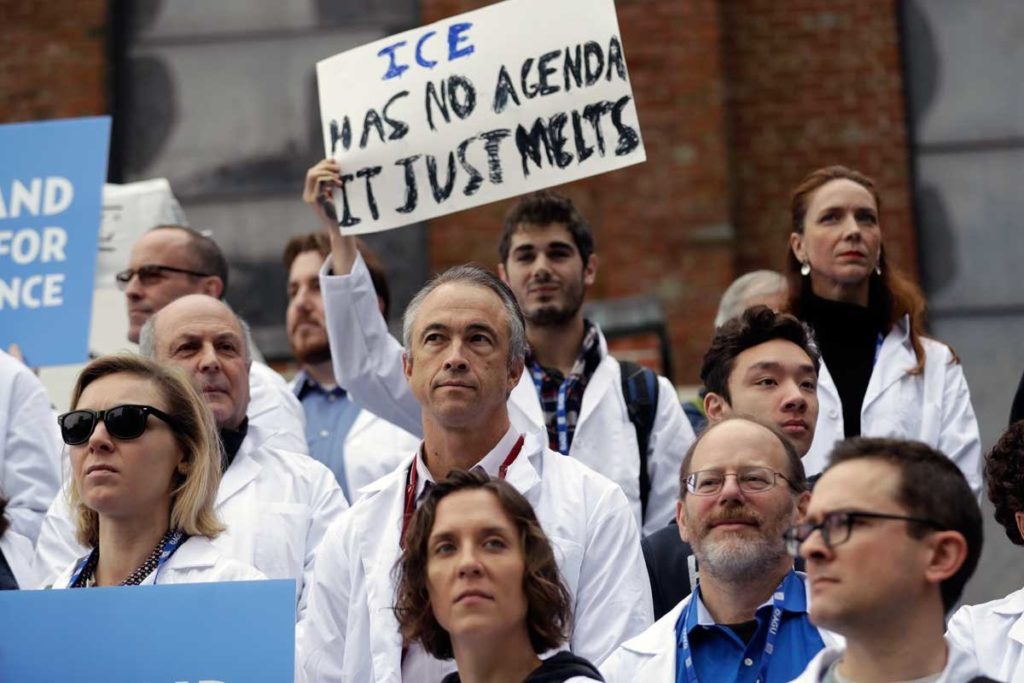 5 Apr 2017 – It’s not every day that scientists plan to head out of the laboratory and into the streets to protest, but on Earth Day, April 22, U.S. scientists have good reason to do exactly that.

The protesters believe President Trump has no respect for the truth when it comes to well-settled science on some of the most critical questions facing the country. The scientists who plan to participate in the march fear Trump will suppress politically inconvenient research at federal agencies.

They know that within hours of his inauguration, Trump’s team began scrubbing federal websites of information about climate change. One of the many incendiary claims that Trump has offered without evidence is that climate change is a hoax perpetuated by the Chinese. In fact, 97 percent of climate scientists agree that human activity is making the planet warmer and driving disruptive climate changes.

Trump also has helped spread the thoroughly debunked claim that vaccines cause autism. And his choice to lead a panel on reform in higher education is Jerry Falwell Jr., an evolution-denying biblical creationist.

Trump’s denial of climate change is behind the 31 percent cut he wants to inflict on the Environmental Protection Agency and a 17 percent cut to the National Oceanic and Atmospheric Administration, which handles research on the oceans, weather, and the atmosphere.

The president’s budget also proposes multibillion-dollar cuts to medical research and would slash support for early-stage research on energy alternatives. In most cases, the research to be cut doesn’t produce obvious paths to quick profit, so the private sector has no incentive to take it over.

In 2009, President Obama ordered most federal agencies to develop policies that protect the scientific integrity of their work. Implementation was generally good, but it varied agency by agency, and in spots left some room for political agendas to get in the way. Trump has made clear he will move in the opposite direction of Obama by eagerly suppressing federal information that might complicate his political plans.

The president’s behavior is what prompted 30 senators, led by Bill Nelson (D., Fla.), to sponsor the Scientific Integrity Act, which would write into law much of what Obama wanted agencies to do: making sure they foster an open exchange of information that prevents the suppression or distortion of research. An outside review would assess how well the policies are working.

Unfortunately, the bill isn’t likely to pass. Like Trump, the Republican leaders who control Congress appear hostile to science that doesn’t support their political agenda. Sens. Cory Booker and Robert Menendez (both D., N.J.) support the bill, but Sens. Pat Toomey (R., Pa.) and Bob Casey (D., Pa.) are not among its cosponsors.

It’s fair to ask, as some skeptics have, whether it’s inappropriate for scientists to get political by holding a March for Science. But the question must be placed in context. Trump and his backers routinely use falsehoods and fraudulent claims as weapons of political combat. Consequently, simply telling the truth has become a political act. By marching for truth, scientists are not being political – they are merely doing their job.