Just What No Consumer Asked For 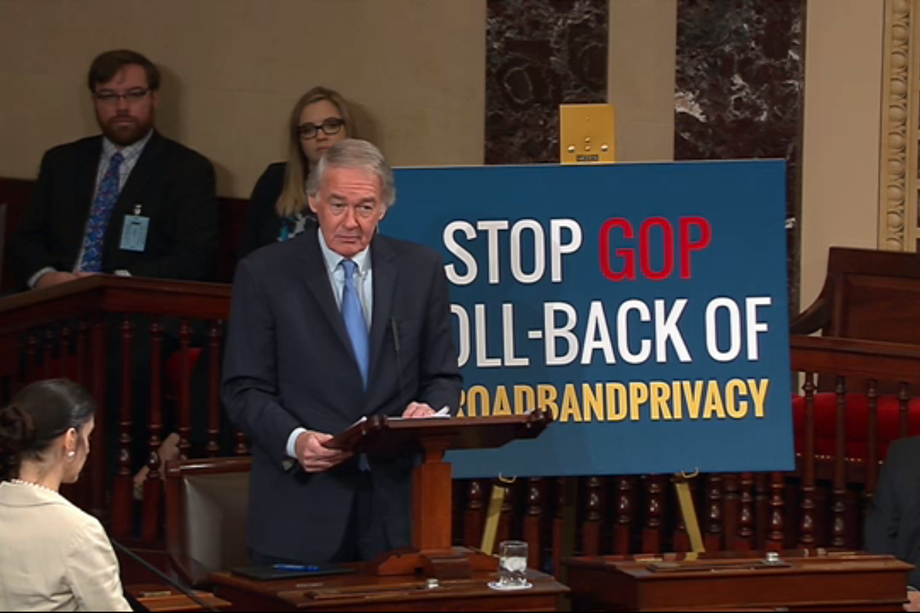 23 Mar 2017 – The US Senate has voted to overturn consumer-friendly internet privacy rules that would have prevented internet providers from sharing your web browsing history without permission.

The privacy rules, passed last year by the FCC, required internet providers like Comcast, Verizon, and AT&T to get each customer’s permission before sharing personal information like which websites they visit. But internet providers want to be able to sell that data and use it to target ads, so they’ve been vocal about opposing the rules since around the time President Trump took office.

“This resolution is a direct attack on consumer rights.”

This vote uses the Congressional Review Act, which lets Congress strike down recently passed rules by federal agencies, to block the FCC’s action. It now heads to the House, where it’ll need another vote before the rules are wiped out.

“This resolution is a direct attack on consumer rights, on privacy, on rules that afford basic protection against intrusive and illegal interference with consumers’ use of social media sites and websites that often they talk for granted,” Senator Richard Blumenthal (D-CT) said in the Senate today ahead of the vote.

What makes this reversal particularly damaging is that it won’t just undo these privacy rules, but it’ll prevent the FCC from passing similar privacy rules in the future. That means that the FCC won’t be able to pass strict privacy rules again, even if opinions change in Congress.

Assuming these rules get overturned, the FCC is going to have to formalize a new set of privacy requirements for internet providers. When that happens, it’s likely they’ll be quite similar to these rules — banning ISPs from sharing information on children or their subscribers’ health — but without the restriction on sharing general web browsing history, which is what internet providers are really up in arms about.

Republicans in both Congress and the FCC have been fighting for months to strip back these rules, asking that they be put more in line with the privacy framework established by the Federal Trade Commission. After passing its net neutrality order, the FCC took privacy enforcement away from the FTC, which is why it had to draw up its own set of restrictions. While the FCC hewed closely to the FTC’s guidelines, the few areas where it did diverge have clearly frustrated the industry they police.

Altogether, it’s just pure bad news for consumers, whose private data is about to be open for sale again.