As war-torn Yemen grapples with heavy rains, a collapsed healthcare system and crippled economy, a resurgent cholera outbreak has spread with “unprecedented” speed and taken medical professionals by surprise, the World Health Organization warned on 19 May 2017. 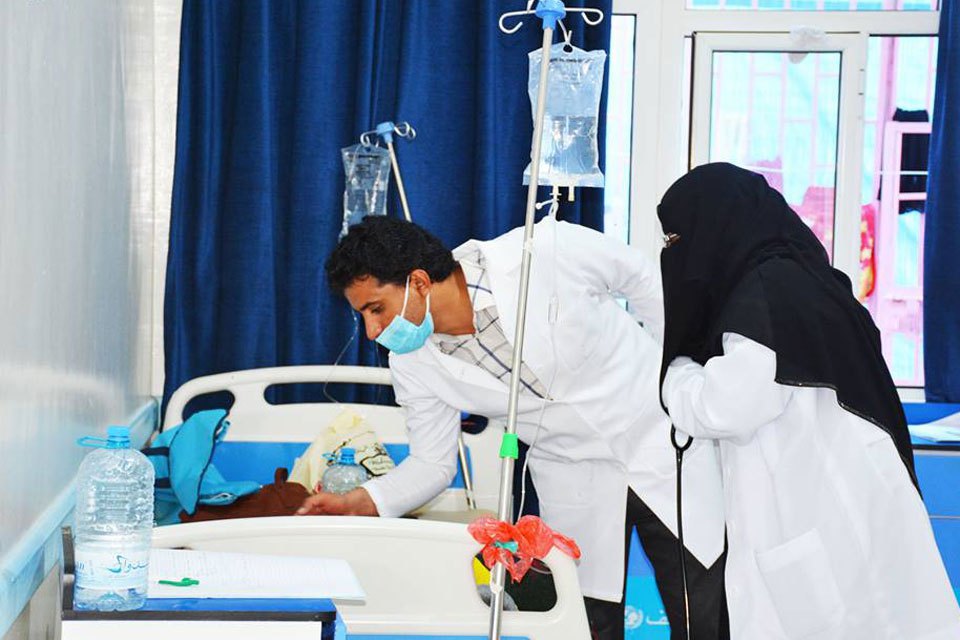 There has been an unprecedented surge in cholera cases in Yemen, with over 23,400 suspected cases and 242 deaths reported in 18 governorates. Photo: WHO Yemen

22 May 2017 – According to WHO, more than 240 people have died from cholera in just the last three weeks, out of a total of 23,400 infections. The agency estimates that 7.6 million people live in areas at high risk of cholera transmission.

“I have to admit that when I see the data that I saw this morning, not officially released; are really taking us by surprise. The speed of the resurgence of the cholera epidemic is unprecedented” said Dr. Nevio Zagaria, the WHO representative in Yemen speaking to UN News in Geneva.

The current disease outbreak has its roots in an original episode last October. It peaked in December 2016 and never fully went away, amid conflict between Government and Houthi-backed opposition forces that has left over half the country’s medical facilities closed or damaged, and the economy in freefall.

The lack of local health centres – and the fact that staff haven’t been paid in seven months – have left Yemenis with no option but to seek help from hospitals, which WHO says are now “overwhelmed.”

Additional problems include massive damage to the country’s sewage and electricity infrastructure, which have left the water supply contaminated. A WHO map showing cholera hotspots in Yemen indicates the highest number of suspected cases – more than 6,000 – in the capital city, Sana’a. 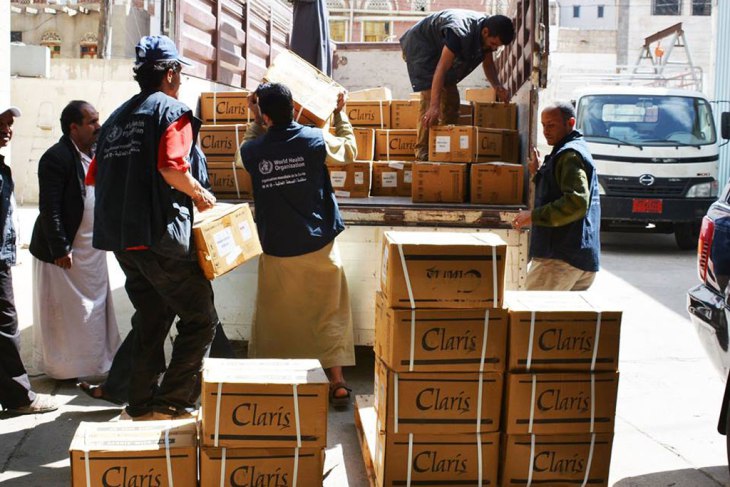 Responding to the cholera outbreak in Yemen, WHO has so far distributed 32 tonnes of Intravenous fluids, over 300 cholera beds and 27 cholera kits. Photo: WHO Yemen

Few communities have been left untouched by the disease, which is characterized by severe diarrhoea that can kill within hours, if not treated promptly.

In some places the fatality rate is as high as four to five per cent, and WHO is extremely concerned that the disease is being passed from one person to another.

“But if the transmission goes on at this speed, we need to revise the figure and we need to expect something that can go up over 200, 250,000 cases over the next six months, in addition to the 50,000 cases that already occur […] so you can understand by yourself with this number the price we pay in terms of life is extremely high,” explained Dr. Zagaria, adding: “We have to do more.”

In response to the crisis, WHO has begun the task of setting up 350 cholera treatment centres and 2,000 oral rehydration points. It is also focusing on tracing infection hotspots, to reduce the risk of disease transmission.

The agency has stressed that the scale of the threat is “too big” for the Yemeni authorities to do on their own, and that to date only around 20 per cent of its $22 million cholera appeal has been met.

Millions in Yemen on Brink of Famine, Situation ‘Close to a Breaking Point’

Yemen At War: Is the World Catching on to Saudi Arabia’s Crimes?

‘Yemen on Brink of Famine’ – UN

Malnutrition Among Children in Yemen at ‘All-Time High’

‘An Entire Generation Could Be Crippled by Hunger’ in Yemen