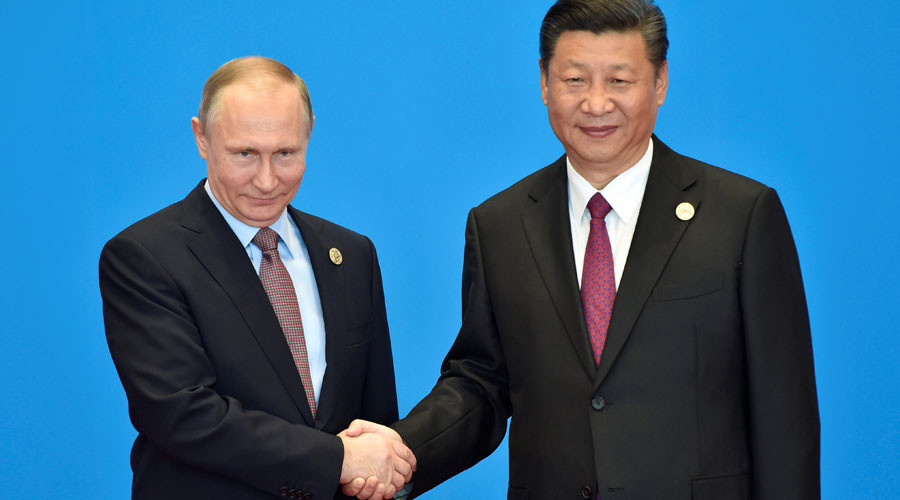 15 May 2017 – History will record the Belt and Road Forum in Beijing marked the juncture where the 21st century New Silk Roads assumed their full character of Globalization 2.0, or “inclusive globalization,” as defined by President Xi Jinping in Davos earlier this year.

I have dealt with the monumental stakes here and here. Terminology, of course, remains a minor problem. What was once defined as One Belt, One Road (OBOR) is now promoted as the Belt and Road Initiative (BRI). Much is still somewhat lost in translation in English, what matters is that Xi has managed to imprint the myriad possibilities inbuilt in the concept especially across the Global South.

An amiable host, Xi in Beijing went ‘no holds barred’ extolling the inclusive integration merits of OBOR/BRI. It also helps that along the way, this being China, his spin doctors came up with a lovely metaphor to illustrate how OBOR/BRI should find its force as a common, pan-Eurasian effort; “Wild Swan geese [found across Asia but not in Europe] are able to fly far and safely through winds and storms because they move in flocks and help each other as a team.”

And arguably the key member of this flock of wild swan geese happens to be Russia.

President Putin and Foreign Minister Sergey Lavrov were guests of honor at the forum – alongside leaders such as Kazakhstan’s Nazarbayev and Turkey’s Erdogan. At a business breakfast discussion, Xi seated Putin to his right and Lavrov to his left.

At a Leaders Roundtable summit on the second day of the forum – a sort of Silk Road United Nations, with the microphones open equally to all – Putin touched on a key point; the symbiosis, formalized since 2015, between OBOR/BRI and the Russia-driven Eurasian Economic Union (EEU), currently formed by Russia, Kyrgyzstan, Kazakhstan, Belarus, and Armenia.

As Putin said, “some 50 European, Asian and Latin American states” are interested in cooperation with the EEU. While the EEU and China are discussing their own, wide-ranging trade/economic deal, the EEU is also consulting, among others, with Iran, India, Serbia, Singapore, and Egypt.

But it was during his speech at the inaugural session of the forum that Putin managed to distill what amounts to a concentrate of Russian foreign policy.

Here are the key topics.

And then, the clincher, fully aligned with Xi’s vision; “Greater Eurasia is not an abstract geopolitical arrangement but, without exaggeration, a truly civilization-wide project looking toward the future.”

When in doubt, call the SCO

Compared with the depth and breadth of this shared vision, nothing could be more pedestrian than the official India attitude; not only sending a low-level delegation to Beijing, but imprinting on mainstream Indian media the notion that OBOR/BRI is “little more than a colonial enterprise [that would leave] debt and broken communities in its wake”.

The flock of wild swan geese flying toward Eurasia integration is now a fact of life. East Asian output, for that matter, will surpass North America’s during the Trump era. The future, rather, the dissolution of unipolar hegemony will be decided in Eurasia, particularly East Asia.

India may certainly harbor its own strategic agenda. But self-marginalization of the one and only integrated development project in the 21st century hardly qualifies as savvy diplomacy.

So it looks like Putin once again will have his work cut out for him. India, a historical partner of the former USSR, still maintains good trade relations with Russia. Iran, for its part, is as much a key Indian energy partner as China’s. So the road map ahead spells out Moscow, alongside Tehran, playing the go-betweens trying to sweeten India into the Eurasia integration path.

That could well take place within the framework of the Shanghai Cooperation Organization (SCO), which from now on will have a full plate not only trying to smooth out a feasible Afghan peace process but making sure India and Pakistan find a political entente cordiale.

It will be a bit like older brothers trying to instill some sense into younger ones – as Russia and China, as part of their strategic partnership, have already worked hard to manage the twin admission of India and Pakistan into the SCO.

Iran will also become a full member shortly. So we will soon have an active SCO from Southwest Asia all the way to South Asia, with a political-economic integration agenda expanding the initial drive to fight myriad manifestations of Salafi-jihadi terror.

This slowly but surely progressive convergence fits into the larger goals of the Russia-China strategic partnership, which once again, as demonstrated during the Beijing forum, is all about Eurasia integration.

The invisible story at the Beijing forum was that as much as Turkey is a key node of OBOR/BRI and Kazakhstan is a key node between OBOR/BRI and the EEU, it’s China and Russia that will truly advance the complex roadmap of this “civilization-wide project.”