Seneca on True and False Friendship

“Ponder for a long time whether you shall admit a given person to your friendship; but when you have decided to admit him, welcome him with all your heart and soul.” 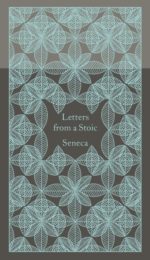 “Friendship is unnecessary,” C.S. Lewis wrote, “like philosophy, like art, like the universe itself… it has no survival value; rather it is one of those things which give value to survival.” Darwinian caveats aside, the truth of this beautiful sentiment resonates deeply for anyone whose life has been enriched or even saved by the existence of a genuine friend. And yet today, as we face the commodification of the word “friend,” what do we even mean — what should we mean — by this once-sacred term, now vacated of meaning by chronic misuse?

That’s what the great first-century Roman philosopher Seneca examines in a series of correspondence with his friend Lucilius Junior, later published as Letters from a Stoic (public library) — the indispensable trove of wisdom that gave us Seneca’s famous letter on overcoming fear and inoculating yourself against misfortune. 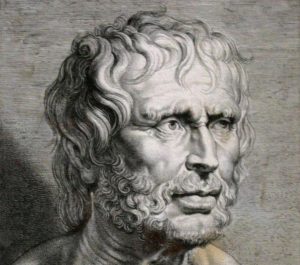 Eighteen centuries before Emerson wrote in his meditation on the two pillars of friendship that “a friend is a person with whom [one] may be sincere,” Seneca considers the uses and misuses of the term in a magnificent letter titled “On True and False Friendship”:

If you consider any man a friend whom you do not trust as you trust yourself, you are mightily mistaken and you do not sufficiently understand what true friendship means… When friendship is settled, you must trust; before friendship is formed, you must pass judgment. Those persons indeed put last first and confound their duties, who … judge a man after they have made him their friend, instead of making him their friend after they have judged him. Ponder for a long time whether you shall admit a given person to your friendship; but when you have decided to admit him, welcome him with all your heart and soul. Speak as boldly with him as with yourself… Regard him as loyal and you will make him loyal.

In another letter, titled “On Philosophy and Friendship,” Seneca examines the common bases upon which friendships are formed and admonishes against the tendency, particularly common today, toward seeing others as utilitarian tools that help advance one’s personal goals. Observing that some people form so-called friendships by estimating how much a potential friend can help them in a moment of need, he writes:

He who regards himself only, and enters upon friendships for this reason, reckons wrongly. The end will be like the beginning: he has made friends with one who might assist him out of bondage; at the first rattle of the chain such a friend will desert him. These are the so-called “fair-weather” friendships; one who is chosen for the sake of utility will be satisfactory only so long as he is useful. Hence prosperous men are blockaded by troops of friends; but those who have failed stand amid vast loneliness their friends fleeing from the very crisis which is to test their worth. Hence, also, we notice those many shameful cases of persons who, through fear, desert or betray. The beginning and the end cannot but harmonize. He who begins to be your friend because it pays will also cease because it pays. A man will be attracted by some reward offered in exchange for his friendship, if he be attracted by aught in friendship other than friendship itself.

With an eye to such arrangements of convenience and favor, which he condemns as “a bargain and not a friendship,” Seneca adds:

One who seeks friendship for favourable occasions, strips it of all its nobility. 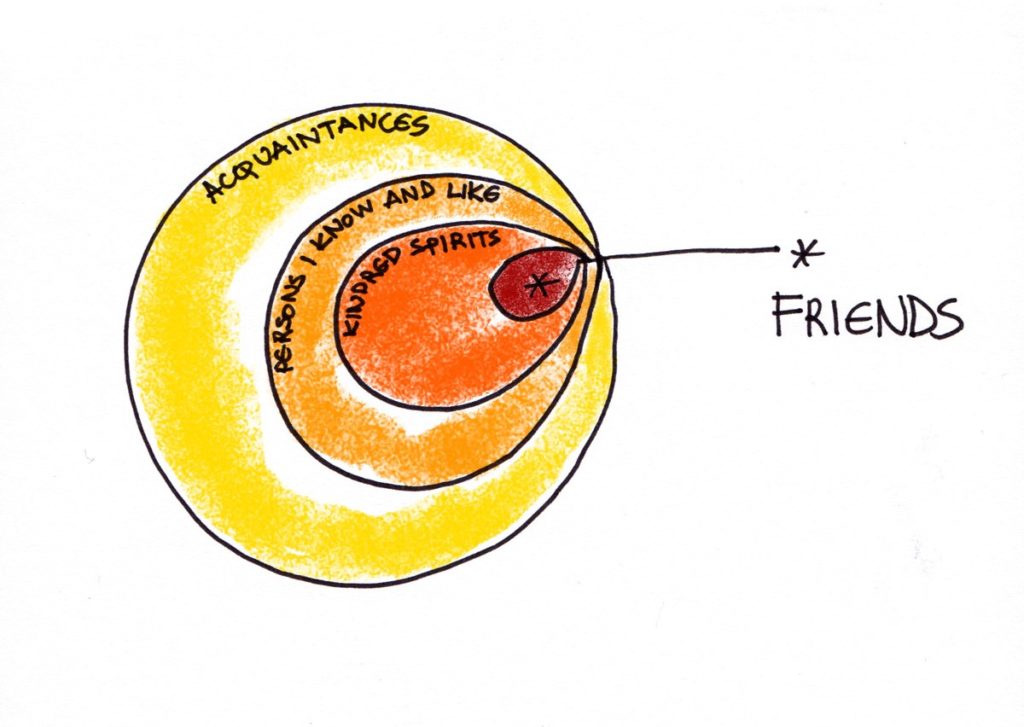 My visual taxonomy of the four levels of platonic relationships

In another letter, Seneca cautions against mistaking flattery for friendship — an admonition all the more urgent today, in the Age of Likes, when the forms of flattery and the channels of positive reinforcement have proliferated to a disorienting degree:

How closely flattery resembles friendship! It not only apes friendship, but outdoes it, passing it in the race; with wide-open and indulgent ears it is welcomed and sinks to the depths of the heart, and it is pleasing precisely wherein it does harm.

He turns the beam of his wisdom toward the only valid and noble reason for forming a friendship:

For what purpose, then, do I make a man my friend? In order to have someone for whom I may die, whom I may follow into exile, against whose death I may stake my own life, and pay the pledge, too. 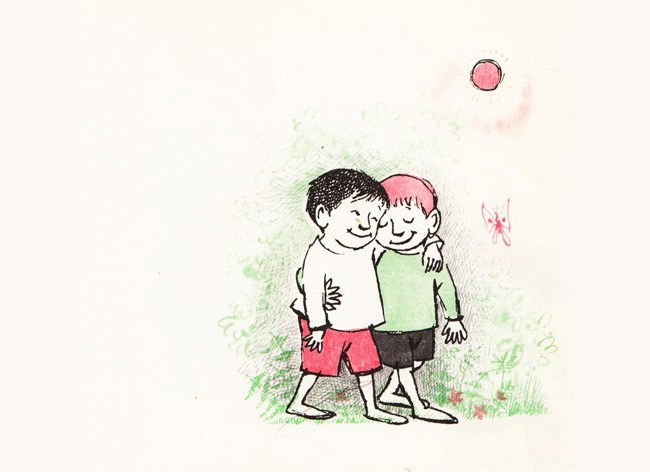 In another letter, Seneca suggests that such genuine friendship extends its rewards beyond the personal realm and becomes the civilizational glue that holds humanity together:

Friendship produces between us a partnership in all our interests. There is no such thing as good or bad fortune for the individual; we live in common. And no one can live happily who has regard to himself alone and transforms everything into a question of his own utility; you must live for your neighbour, if you would live for yourself. This fellowship, maintained with scrupulous care, which makes us mingle as men with our fellow-men and holds that the human race have certain rights in common, is also of great help in cherishing the more intimate fellowship which is based on friendship… For he that has much in common with a fellow-man will have all things in common with a friend.

Letters from a Stoic remains a timelessly rewarding read. Complement this particular portion with Eudora Welty on friendship as an evolutionary mechanism for language, Irish poet and philosopher John O’Donohue on the ancient Celtic ideal of friendship, and the epistolary record of Mozart and Haydn’s beautiful and selfless friendship, then revisit Seneca on the antidote to the shortness of life and the key to resilience in the face of loss.