House of Saudi Cards: The Inside Story 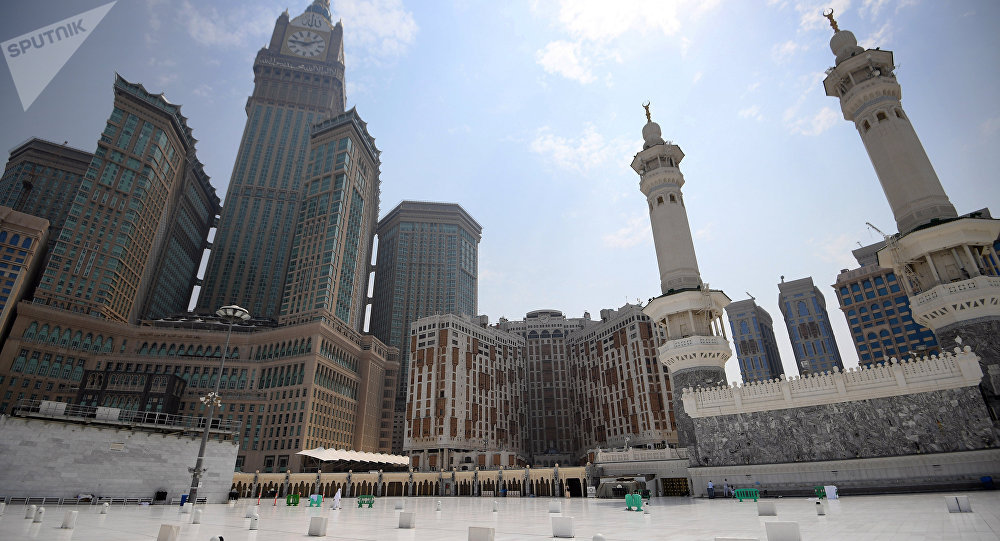 24 Jun 2017 – Considering the impenetrability of that desert petrodollar family oligarchy impersonating a nation it’s up to a few foreigners granted access to make sense of the latest Arabian Game of Thrones. It also does not help that the “largesse” of Saudi – and Emirati – lobbies in Washington reduces virtually every think tank and hack in sight to abject sycophancy.

A top Middle East source close to the House of Saud, and a de facto dissident of the Beltway consensus, minces no words; “The CIA is very displeased with the firing of [former Crown Prince] Mohammad bin Nayef. Mohammad bin Salman is regarded as sponsoring terrorism. In April 2014 the entire royal families of the UAE and Saudi Arabia were to be ousted by the US over terrorism.  A compromise was worked out that Nayef would take over running the Kingdom to stop it.”

Before the Riyadh coup, an insistent narrative had been pervading selected Middle East geopolitical circles according to which US intel, “indirectly”, stopped another coup against the young Emir of Qatar, Sheikh Tamim al-Thani, orchestrated by Mohammad bin Zayed, Crown Prince of Abu Dhabi, with help from Blackwater/Academi’s Eric Prince’s army of mercenaries in the UAE. Zayed, crucially, happens to be MBS’s mentor.

Our source clarifies, “the events are connected. Prince is CIA, but he probably stopped any coup attempt on Qatar. The CIA blocked the coup in Qatar and the Saudis reacted by dumping the CIA selected Mohammed bin Nayef, who was to be the next King. The Saudis are scared. The monarchy is in trouble as the CIA can move the army in Saudi Arabia against the king. This was a defensive move by MBS.”

The source adds, “MBS is failing everywhere. Yemen, Syria, Qatar, Iraq, etc. are all failures of MBS. China is also displeased with MBS as he has been stirring up trouble in Xinjiang. Russia cannot be happy that MBS was and is behind the lower oil price. Who are his allies?  He has only one and that is his father, who is hardly competent.” King Salman is virtually incapacitated by dementia.

The source is adamant that, “it is very possible the CIA will move against the monarchy in Saudi Arabia.” That would qualify as the war between President Trump and selected sectors of the US deep state reaching a whole new level.

And to add to the charade, there’s the Jared of Arabia factor. There’s no way any serious inside player would confirm anything about the (aborted) coup in Qatar. But if that coup attempt really happened, and was squashed, Jared Kushner may have had inside information, considering his connections.

According to the source, “Jared Kushner is essentially bankrupt at 666 Fifth Avenue, and needs Saudi financial help. So he is doing everything the Saudis want. 666 Fifth is in such bad financial shape that even his father-in-law cannot bail him out.”

This convoluted trail of events does corroborate the famous December 2015 memo by the BND – German intelligence, according to which the House of Saud had adopted “an impulsive policy of intervention”, with then Defense Minister and Deputy Crown Prince MBS, a “gambler”, bound to cause a lot of trouble.

The BND memo detailed how the House of Saud, in Syria, bankrolled the creation of the Army of Conquest – basically a revamp of Jabhat al-Nusra, a.k.a. al-Qaeda in Syria — as well as ideological sister outfit Ahrar al-Sham. Translation; the House of Saud aiding, abetting and weaponizing Salafi-jihadi terrorism. And this from a regime that now charges Qatar of doing the same (Doha supported different outfits).

In Yemen, the BND worried that MBS’s war against the Houthis and the Yemeni Army was only profiting al-Qaeda in the Arabian Peninsula (AQAP). Now MBS’s war – conducted with American and British weapons — has also provoked a horrendous humanitarian catastrophe.

How come an arrogant, sloppy, hubristic ignoramus like MBS has come so close to set the whole of Southwest Asia on fire? And not only Southwest Asia; waves of despair are flowing in Western investment circles to the effect that MBS is such a loose cannon his actions will destroy retirement accounts all over the spectrum.

Some essential background is in order. What we have today is the Third Saudi kingdom — founded by Ibn Saud in 1902, keeping the same, previous noxious alliance with troglodyte Wahhabi clerics. Ibn Saud only ruled Najd in the beginning; then, in 1913, he annexed Shi’ite Eastern Arabia (that’s where the oil is), and up to 1926 Hejaz, on the Red Sea coast. A “united” Kingdom of Saudi Arabia was proclaimed only in 1932.

Ibn Saudi died in 1953. Arguably the most influential of his harem of wives was Hassa al-Sudairi. They had 7 sons together. (Demented) King Salman, Nayef and MBS are all Sudairis. MBS is the first of Ibn Saud’s grandsons within striking reach of the throne.

Quite a few other princes are more competent that MBS. Nayef, who spent a long time in the Interior Ministry, was the Saudi counterterrorism czar (thus being a CIA darling). There’s Mitab bin Abdullah, minister of the Saudi Arabian National Guard; notorious Prince Turki, former intel chief, former ambassador to the US, and former best pal of Osama bin Laden; and Khaled bin Faisal, governor of Mecca and former education minister.

MBS is betting everything on his Vision 2030 – which in theory might propel the Saudi economy beyond oil monoculture, but implies a virtually impossible political aggiornamento; after all the House of Saudi Cards is un-reformable. Take the risible list of 13 demands now imposed on Qatar – that’s MBS’s work – including the bellicose virtual  excommunication of Iran and shutting down al-Jazeera.

No wonder every major geopolitical player is now gaming war scenarios – although only Germany stated its concerns on the record. Qatar is a NATO observer. Doha is adamant; it won’t fold to the absurd Saudi demands. What next; will MBS – the most dangerous “leader” in geopolitics today – lose face or launch yet another, demented, unwinnable and this time globally-convulsing war?