China Seeks to Export Its Green Finance Model to the World 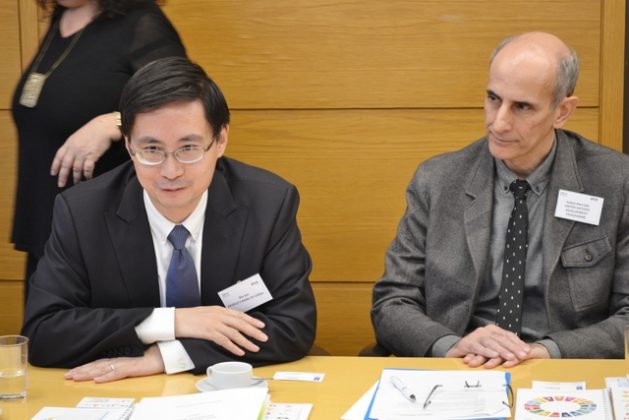 26 Jul 2017 – Hand in hand with UN Environment and the Inter-American Development Bank (IDB), the People’s Bank of China (PBoC) disembarked in the Argentine capital to prompt this country to adopt and promote the agenda of so-called green finance, which supports clean or sustainable development projects and combats climate change.

The PBOC, which as China’s central bank regulates the country’s financial activity and monitors its monetary activity, has been particularly interested in Argentina, because next year it will preside over the Group of 20 (G20) industrialised and emerging economies.

In 2018, Buenos Aires will become the first Latin American city to organise a summit of the G20 forum, in which the major global powers discuss issues on the global agenda.

“China started to develop strategies to promote green finance international collaboration in the G20 framework in 2016, the year when it took over the presidency. And Germany took over this year the presidency and decided to continue. We are looking forward to Argentina to continue with this topic of green finance in 2018,” said Ma Jun, chief economist at the PBoC, in a meeting with a small group of reporters at the UNDP offices in Buenos Aires.

At that event, he told representatives of the public sector and private companies from a number of countries that over the past three years China has been making an important effort for its financial system to underpin a change in the development model, putting aside polluting industries and supporting projects that respect the environment and use resources more efficiently.

Ma, a high-ranking PBoC official since 2014, surprised participants in the Symposium stating that in 2015, China decided to change its development model because of the enormous environmental impact it had, which is reflected in the estimate he quoted: that “a million people a year die in China due to pollution-related diseases.“

He said four trillion yuan – approximately 600 billion dollars – will be needed to finance investments in environmentally sustainable projects over the next few years in China.

Simon Zadek, co-director of the UN Environment Inquiry into the Design of a Sustainable Financial System, concurred with Ma.

He explained that the UN agency he co-heads promotes the “mobilisation of private capital towards undertakings compatible with the UN’s Sustainable Development Goals and the commitments made in the Paris Agreement on climate change, by the financial markets, banks, investment funds and insurance companies.“

He added that “many countries have taken steps in that direction and China is one of the most inspiring, most ambitious at an internal level and most active in promoting international cooperation.“

“Financial markets and capital should take environmental and climate issues into account now, not tomorrow. We are hoping for Argentina’s leadership next year on this matter and we are ready to collaborate if it decides to do so,“ said the UN Environment official.

The Symposium was held a few days after this year’s G20 summit, which was hosted Jul. 7-8 by Hamburg, Germany.

During the summit the discrepancy became evident between the rest of the heads of government and U.S. President Donald Trump, who does not believe in climate change and withdrew his country from the Paris Agreement, which in December 2015 set commitments for all governments to reduce global warming.

In Hamburg, a meeting was held by the Green Finance Study Group (GFSG), created in 2016, the year China presided over the G20, and which is headed by Ma and Michael Sheren, senior advisor to the Bank of England, with UN Environment acting as its secretariat.

There are two main issues that the GFSG currently promotes for the financial industry to consider when deciding on the financing of infrastructure or productive projects: setting up an environmental risk analysis and using publicly available environmental data.

“PBoC, the largest Chinese bank, has verified that to invest too much in the polluting sector is not beneficial. The costs are higher and the profits lower, because lots of policies are more and more restrictive in the polluting sector,” Ma said, noting that the bank began to carry out environmental risk analysis two years ago.

For the chief economist, “the other focus is to allow financial markets to distinguish who is green and who is brown,” referring to the predominant model of development, based on draining natural resources and not preserving ecosystems.

An important part of the initiative is the promotion of the emission of so-called green bonds, to finance projects of renewable energy, energy saving, treatment of wastewater or solid waste, the construction of green buildings that emit less pollutants and reduce their energy consumption, and green transport.

But the promotion of green finance does not foresee the arrival of special funds for that purpose to countries of the developing South.

In fact, the “greening of the financial system“ mainly depends on the private sector, especially where the state has limited fiscal capacity, according to the conclusions of the G20’s GFSG.

For Rubén Mercado, UNDP economist in Argentina, governments can facilitate undertakings that are beneficial to the environment by changing policies, without the need for spending additional funds.

“The key issue is that of relative prices. In Argentina we have subsidised fossil fuels for years. Perhaps we would not even have to subsidise renewable forms of energy, but simply reduce our subsidies for fossil fuels so that the other sources can be developed,“ he said.

Ma took a similar approach, pointing out that “You don´t need to spend money, you just need to eliminate the subsidies” that are traditionally granted to fossil fuel producers, which hamper investments in clean energies.

In the Symposium in Buenos Aires a study was released about the economies of Germany, China and India, which revealed that in the last year they have invested in renewable energies just 0.7, 0.4 and 0.1 per cent of GDP, respectively.

“The massive demand for green financing simply cannot be met by the public sector or the fiscal system,” said Ma.

“In a country like China, 90 percent is being covered by the private sector. Globally, my feeling is that in the OECD countries the fiscal capacity is probably higher. Maybe more than 10 percent could be provided by governments,” he said.

“But in other economies with weaker fiscal capacity, the rate should be even lower than in China.”