As a new report by the Army War College tracks the loss of “US primacy” around the world, it prescribes more of the same; propaganda, surveillance and war. 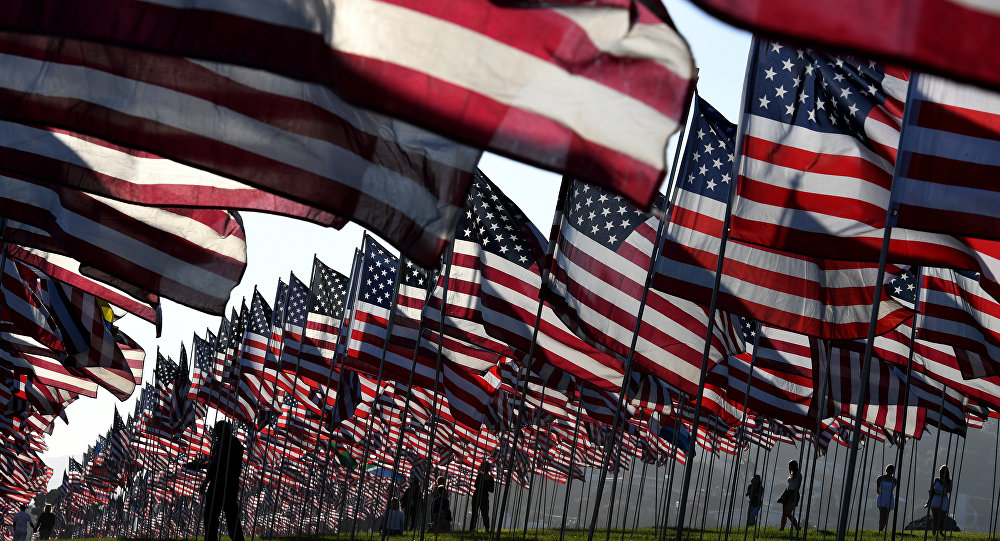 23 Jul 2017 – It’s public knowledge that from the point of view of the Pentagon, the United States faces five existential threats: Russia, China, Iran, North Korea and terrorism, in that order. Way beyond rhetoric, all Pentagon actions should be understood and analyzed under this framework.

Now global public opinion may have access to an even more intriguing document; a new study by the Army War College titled  At Our Own Peril: DoD Risk Assessment in a Post-Primacy World. Readers are actively encouraged to download it and study the fine print.

Researcher Nafeez Ahmed has proposed some helpful decoding of this “post-primacy” predicament, that took virtually ten months to be put together.

The intellectual firepower concerned involved all sections of the Pentagon scattered around the world, as well as the Defense Intelligence Agency (DIA), the National Intelligence Council, and proverbial neocon-heavy think tanks such as the American Enterprise Institute (AEI), the Center for Strategic and International Studies (CSIS), the RAND Corporation, and the Institute for the Study of War.

All that for what? To enounce the obvious – that the US has lost its “primacy”; and to propose more of the same, as in Orwellian surveillance; “strategic manipulation of perceptions”, a.k.a. propaganda; and a “wider and more flexible” military, as in more wars.

If this is the best US military “intelligence” can come up with, peer competitors Russia and China might as well grab a gin and tonic and relax by the pool.

The study is a classic piece of myopic Exceptionalism – which might at least allow for some entertaining value if presented with some rhetorical flourish.

Russia and China are duly described as “revisionist forces” (doesn’t that sound like Mao in the 1950s?) which should be prevented from pursuing their own legitimate national interests. Why? Because that represents a threat that undermines US hegemony.

Readers of the study should desist from finding any concrete evidence that both Russia and China pose a serious threat to US national security. They should rely on US corporate media, which blares all these “threats” 24/7.

It gets curioser and curioser when it comes to Iran and North Korea – both also demonized non-stop by media and US Think Tankland. The problem is not that they pose a nuclear threat; the problem is they are obstacles to the smooth expansion of the “US-led order.”

In parallel, what really irks US military intel are “murkier, less obvious forms of state-based aggression”. As in the “threat” represented by Sputnik and RT, for instance.

“Facts”, any real facts that challenge the legitimacy of the hegemon are considered by the study as a major driver of US decline. OK, the Pentagon does not do irony, so don’t expect any expert to acknowledge that these real facts simultaneously unmask the Empire’s actions and debunk its rhetoric.

The study’s circular logic is a hostage of – what else – imperial logic; US military power is essentially depicted as a key tool to coerce and force other nations into following the Empire’s diktats.

Which leads those “experts” to bomb the concept of defense to smithereens — and turn it into offense; the Empire always reserves itself the right to go heavy metal when it pleases. If any actor questions this sovereign imperial right – for instance, North Korea launching a missile or China creating facts on the South China Sea – this becomes a threat, and it must be eliminated.

Even progressive US analysts still don’t get why, after a short 70 years of hegemony, American geopolitical primacy in Eurasia is at an end. As much as the internal war between Trump and the deep state may be accelerating the process, this is still all about the post-9/11 world.

The adventures of the War Party – from Afghanistan and Iraq to Libya and Syria; the US government’s astonishing, unpayable debt; the steady erosion of the petrodollar; the inexorable march of Eurasia integration – reflected in US military obsession with the three key vectors, China, Russia and Iran.

These are only some of the factors involved.

Beijing and Moscow don’t need to be reminded by studies like this of the real game – as in US proxy wars deployed from Ukraine to the South China Sea with the ultimate target of disrupting the 21st century’s top story; Eurasia connectivity.

Which brings us to “the next war” insistently monopolizing the rumor mill in the Beltway. Were the US government foolish enough to provoke a war against Iran, that would be due to the Exceptionalism mindset; an economy where endless war is the only tool to boost GDP and pay off debts; deep state hegemony; and the eternal Return of the (Neocon) Living Dead inside Think Tankland, the CIA and the Pentagon itself.

“Post-primacy”? You ain’t seen nothing yet.

‘Show of Loyalty’ Amid Economic Turmoil: US Triples Coal Price for Ukraine