What Is Quantum Computing? A Super-Easy Explanation for Anyone

4 Jul 2017 – It’s fascinating to think about the power in our pocket—today’s smartphones have the computing power of a military computer from 50 years ago that was the size of an entire room. However, even with the phenomenal strides we made in technology and classical computers since the onset of the computer revolution, there remain problems that classical computers just can’t solve. Many believe quantum computers are the answer.

The Limits of Classical Computers

Now that we have made the switching and memory units of computers, known as transistors, almost as small as an atom, we need to find an entirely new way of thinking about and building computers. Even though a classical computer helps us do many amazing things, “under the hood” it’s really just a calculator that uses a sequence of bits—values of 0 and 1 to represent two states (think on and off switch) to makes sense of and decisions about the data we input following a prearranged set of instructions. Quantum computers are not intended to replace classical computers, they are expected to be a different tool we will use to solve complex problems that are beyond the capabilities of a classical computer. 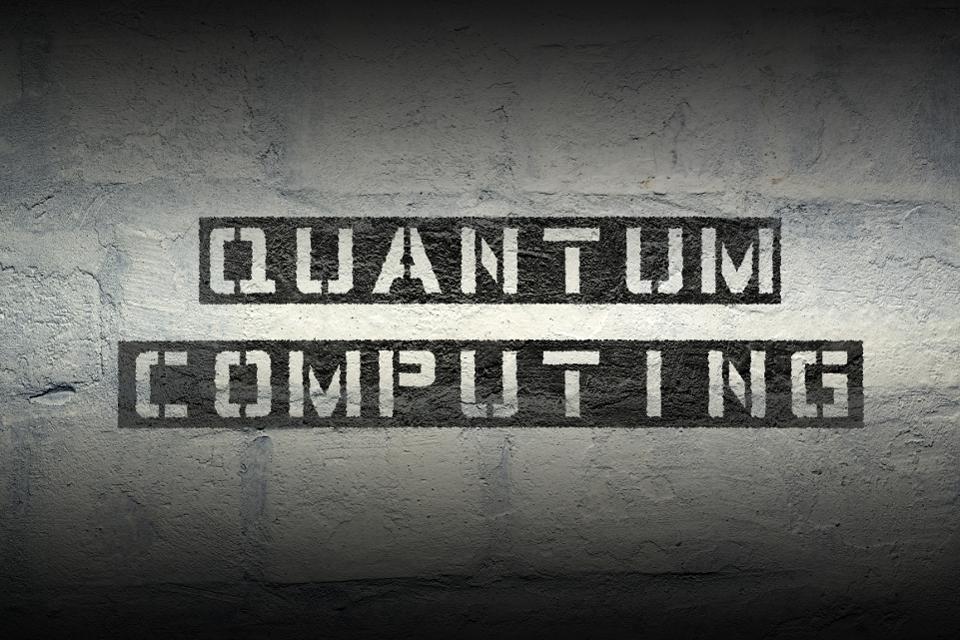 Basically, as we are entering a big data world in which the information we need to store grows, there is a need for more ones and zeros and transistors to process it. For the most part classical computers are limited to doing one thing at a time, so the more complex the problem, the longer it takes. A problem that requires more power and time than today’s computers can accommodate is called an intractable problem. These are the problems that quantum computers are predicted to solve.

The Power of Quantum Computers

When you enter the world of atomic and subatomic particles, things begin to behave in unexpected ways. In fact, these particles can exist in more than one state at a time. It’s this ability that quantum computers take advantage of.

Instead of bits, which conventional computers use, a quantum computer uses quantum bits—known as qubits. To illustrate the difference, imagine a sphere. A bit can be at either of the two poles of the sphere, but a qubit can exist at any point on the sphere. So, this means that a computer using qubits can store an enormous amount of information and uses less energy doing so than a classical computer. By entering into this quantum area of computing where the traditional laws of physics no longer apply, we will be able to create processors that are significantly faster (a million or more times) than the ones we use today. Sounds fantastic, but the challenge is that quantum computing is also incredibly complex.

The pressure is on the computer industry to find ways to make computing more efficient, since we reached the limits of energy efficiency using classical methods. By 2040, according to a report by the Semiconductor Industry Association, we will no longer have the capability to power all of the machines around the world. That’s precisely why the computer industry is racing to make quantum computers work on a commercial scale. No small feat, but one that will pay extraordinary dividends.

How our world will change with quantum computing

It’s difficult to predict how quantum computing will change our world simply because there will be applications in all industries. We’re venturing into an entirely new realm of physics and there will be solutions and uses we have never even thought of yet. But when you consider how much classical computers revolutionized our world with a relatively simple use of bits and two options of 0 or 1, you can imagine the extraordinary possibilities when you have the processing power of qubits that can perform millions of calculations at the same moment.

What we do know is that it will be game-changing for every industry and will have a huge impact in the way we do business, invent new medicine and materials, safeguard our data, explore space, and predict weather events and climate change. It’s no coincidence that some of the world’s most influential companies such as IBM and Google and the world’s governments are investing in quantum computing technology. They are expecting quantum computing to change our world because it will allow us to solve problems and experience efficiencies that aren’t possible today. In another post, I dig deeper into how quantum computing will change our world.

Bernard Marr is a best-selling author & keynote speaker on business, technology and big data. His new book is Data Strategy.