Berlin Calls for “Countermeasures” to US Sanctions against Russia, Hints at Trade War

1 Aug 2017 – While the Pentagon may be already contemplating its next steps in the escalating conflict with Russia, which as the WSJ reported will likely involve supplying Ukraine with antitank missiles and other weaponry – a red line for the Kremlin not even the Obama administration dared to cross – there is minor matter of what to do with a suddenly furious Europe, which as we discussed  previously, has vowed it would retaliate promptly after Trump signed the anti-Russia legislation into law, due to allegations it was just a veiled attempt at favoritism for US-based energy companies. 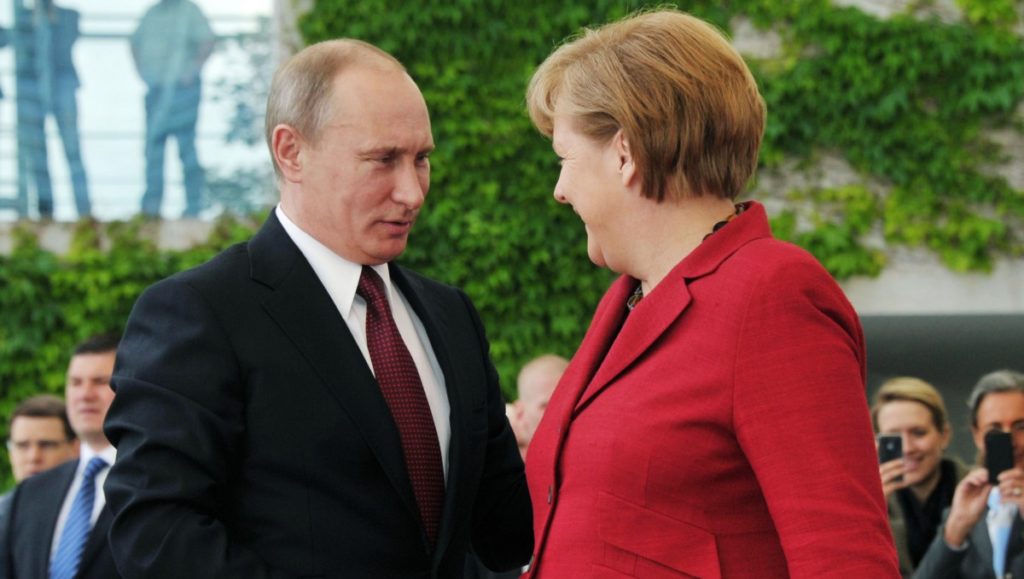 And, sure enough, on Monday [31 Jul], the Germany economy minister said that tew penalties against Moscow proposed by US lawmakers violate international law and officials in Brussels should consider countermeasures.

“we consider this as being against international law, plain and simple.”

“of course we don’t want a trade war. But it is important the European Commission now looks into countermeasures.”

She also said that,

“the Americans cannot punish German companies because they operate economically in another country.”

Well, that’s not what the US Congress thinks.

What makes the latest anti-Russia sanctions unique, is that the bill, which passed both the House and Senate but has yet to be signed by Trump, marked the first time Washington has made a move against Moscow without European consent.

Furthermore, the reason for Europe’s anger is that contrary to its stated intention of punishing Russia for “meddling in the presidential elections”, the bill appears – according to Brussels – to target Russia’s Nord Stream-2 pipeline that will deliver natural gas from Russia to Germany. The proposed expansion would double the existing pipeline’s capacity and make Germany EU’s main energy hub, and even more reliant on Russia.

In addition to targeting major sectors of Russia’s economy, including defense, railway, and banking industries the bill seeks to introduce individual sanctions for contributing in Russian energy projects, which will likely adversely impact numerous European companies.

Previously, the latest round of sanctions has been criticized by various officials in Europe, including Austrian Chancellor Christian Kern and German Foreign Minister Sigmar Gabriel. Critics of the US government argue the sanctions could affect European energy security and serve Washington’s economic interests – in line with the “America First” policy of President Trump.

Just what shape the European retaliation could take has yet to be determined, although last week Politico reported that options on the table include triggering the ‘Blocking Statute,’ an EU regulation that limits the enforcement of extraterritorial US laws in Europe. A number of “WTO-compliant retaliatory measures” are also being considered.

Related: EU Will Retaliate “within Days” if the US Passes New Russia Sanctions