The Little-Known History of U.S. Secrecy and Censorship in Wake of Atomic Bombings 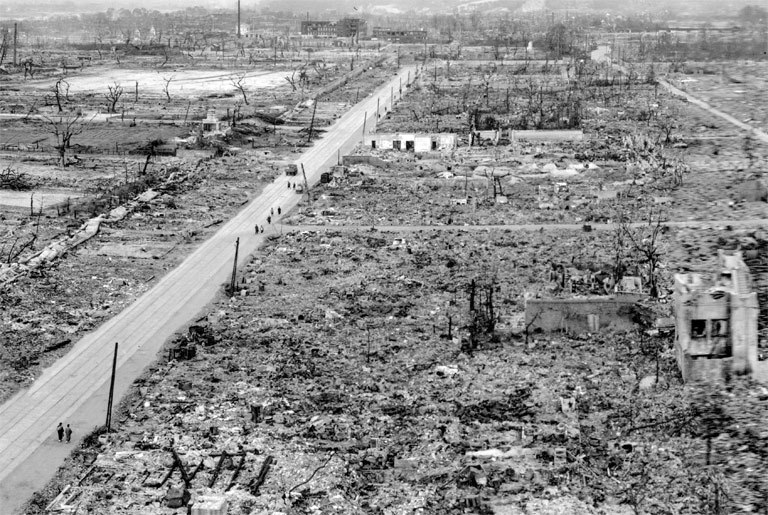 The atomic bombing of Hiroshima and Nagasaki 70 years ago is one of the most studied events in modern history. And yet significant aspects of that bombing are still not well known.

I recently published a social history of US censorship in the aftermath of the bombings, which this piece is based on. The material was drawn from a dozen different manuscript collections in archives around the US.

Although everything related to the effects of the Hiroshima and Nagasaki bombs was defined at the time as a military secret, US officials treated the three main effects – blast, fire, and radiation – very differently. They publicized and celebrated the powerful blast but worked to suppress information about the bombs’ radiation.

The world learned a month later a few details about that radiation – that some type of “atomic plague” related to the atomic bomb was causing death and illness in the two bombed cities. But for years radiation remained the least publicized and least understood of the atomic bomb effects. 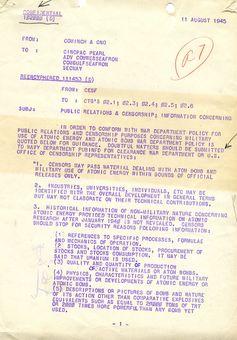 To this day we have no fully accepted accounting of the atomic bomb deaths in both cities; it has remained highly contested because of the politics surrounding the bombing, because of problems with the wartime Japanese census, and, importantly, because of the complexity of defining what constituted radiation-caused deaths over decades.

In my research, I found US officials controlled information about radiation from the atomic bombs dropped over Japan by censoring newspapers, by silencing outspoken individuals, by limiting circulation of the earliest official medical reports, by fomenting deliberately reassuring publicity campaigns, and by outright lies and denial.

The censorship of the Japanese began quickly. As soon as Japanese physicians and scientists reached Hiroshima after the bombing, they collected evidence and studied the mysterious symptoms in the ill and dying. American officials confiscated Japanese reports, medical case notes, biopsy slides, medical photographs, and films and sent them to the US where much remained classified for years (some for decades).

Historians note the irony of American Occupation officials claiming to bring a new freedom of the press to Japan, but censoring what the Japanese said in print about the atomic bombs. One month after the war ended, Occupation authorities restricted public criticism of the US actions in Japan and denied any radiation aftereffects from exposure to the nuclear bombs.

A Navy photographer takes a picture of a Japanese soldier walking amid the ruins of Hiroshima.
US National Archives

In the US, too, newspapers omitted or obscured anything about radiation or ongoing radioactivity. Military officials encouraged editors to continue some kind of wartime censorship especially about the bombs’ radiation. Four official US investigating teams sent to Japan in the months immediately after the surrender wrote reports about the biomedical effects of the two atomic bombs. Several of the reports minimized the radiation effects and all received classifications as secret or top secret so the circulation of the majority of their information remained constrained for years.

The censorship has several explanations.

Even Manhattan Project scientists had only theoretical calculations about what to expect about the bombs’ radiation. As scientists studied the complex effects in the next years, the US government classified information from Japan as well as related radiation information from medical research and the atomic bomb tests at the Nevada Test Site.

American officials wanted reassurance that Allied troops landing in Japan would not be endangered by any remaining radiation. Based on pre-bomb calculations, US officials did not think that US troops would be endangered by exposure to residual radiation but the concept of radiological weapons and uncertainty created fear.

Photograph taken at a Roman Catholic Church in Nagasaki circa 1945. US National Archives

An additional explanation for the censorship of information pertaining to radiation is that US officials did not want the new weapon to be associated with radiological or chemical warfare, both of which were expanding in scope and funding after the war. Those associated with the atomic bomb wanted it to be viewed as a powerful but regular military weapon, a traditional “combat bomb.”

The results of the radiation censorship campaign have been hard to pin down both because of the nature of the silencing itself (including its incompleteness), and because knowledge leaked into public awareness in many ways and forms.

Historian Richard Miller observes that, “In the long run, the radiation from the bomb was more significant than the blast or thermal effects.” Yet, for years that radiation remained the least publicized and least understood of the atomic bomb effects.

Censorship about the radiation deaths and sickness from the atomic bombs in Japan was never, of course, entirely successful.

Campaigns from governmental officials as well as military, scientific and industrial leaders sought to ease the public’s fears with the alluring promises of miraculous medical cures and cheap energy from commercial nuclear power.

Historians have described the American public’s reactions to Hiroshima as “muted ambivalence” and “psychic numbing.” Historian John Dower observes that although Americans demonstrated a longterm cyclical interest in what happened “beneath the mushroom cloud,” the nation’s “more persistent response to Hiroshima and Nagasaki has been “the averted gaze.”

Secrecy, extraordinary levels of classification, lies, denial, and deception became the chief legacy of the initial impulse to censor radiation information from the Hiroshima and Nagasaki bombs.