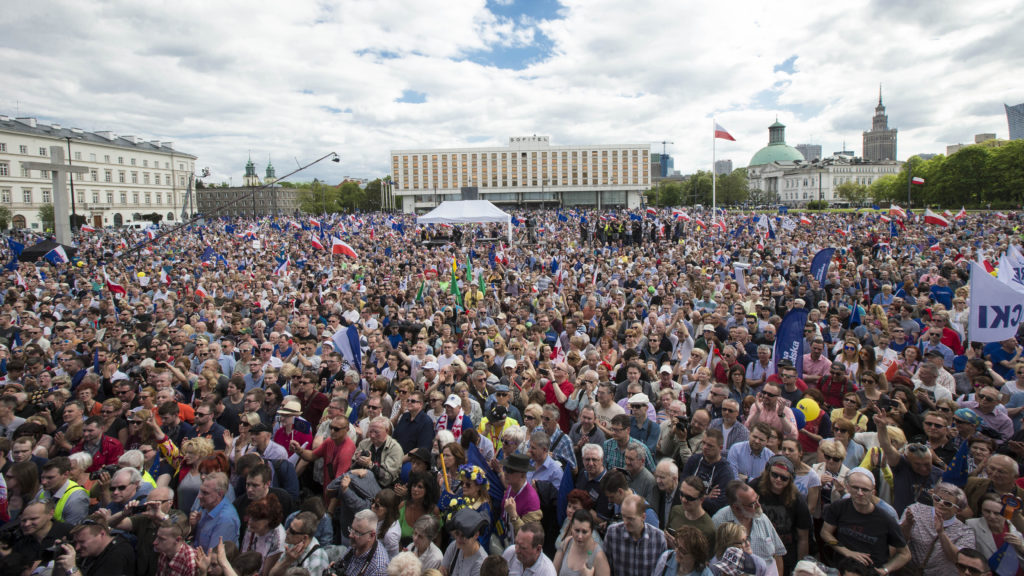 Demonstration in Poland by the Committee for the Defence of Democracy, May 27, 2016.
Source: Anonymous photographer from/working for Platforma Obywatelska. Released under CC BY-SA 2.0 license

If we want a fire department, we have to direct our time, energy, people, and funds to build and support it. If we want a Center for Disease Control, or a Federal Emergency Management Agency, we likewise have to pay for them. We hope we don’t have to use them, but we live better knowing that they are there if needed. And although we can’t predict exactly when, the probability is that we will need them, often when we don’t expect it. They serve as a kind of insurance policy.

In the same vein, what if there was a kind of “democracy insurance”, consisting of capabilities that we can support to deter and defend against democratic weakening and authoritarian encroachment? There certainly is a need. We know that according to the organization Freedom House, aggregate freedom scores have fallen in the world for 11 years in a row.  Democracies in many countries are backsliding, such as in Hungary, Poland, the Philippines, South Africa and the United States.  And some former democracies such as Russia, Turkey, Venezuela, and Zimbabwe are now authoritarian states—overthrown through functional coups d’état by once-democratically elected leaders, who subsequently cemented authoritarian rule by rigging the laws and cracking down on civil society and opposition.

What might such an insurance policy against democratic backsliding and usurpation look like?  It would contain a number of components, and one of them would be strong investment in the grassroots nonviolent civil resistance capacity of a society.  We know that a unified and mobilized population—capable of imposing costs on unaccountable power holders through nonviolent tactics such as strikes, boycotts, and civil disobedience—is often essential to protecting and expanding civic space.  There is an art and a science to how ordinary people have done this and nonviolent civil resistance has proven remarkably adaptable at addressing a variety of situations relevant to democratic backsliding, including:

Research further tells us that when nonviolent civil resistance movements succeed, they have an incomparably high chance of leading to democratic outcomes, and that even when nonviolent movements fail to achieve their stated immediate objectives, they nonetheless can set the stage for democratic gains in the coming years.  The act of forming and sustaining a movement develops and incubates democratic skills, norms, processes, and associations.  Nonviolent movements build democracy where it’s been stamped out, and can revitalize it where it has been broken.

How, then, do we support the nonviolent civil resistance capacity of a society?

We can start by supporting the development of educational infrastructure for grassroots activists and organizers.  These brave women and men have one of the hardest jobs in the world—mobilizing societies that are often fearful, disunited, and lacking hope and confidence to challenge entrenched and oppressive power holders.  Any other profession (e.g. doctor, lawyer, engineer, or soldier) has infrastructure and established processes to support the growth and learning of individuals in those professions, alongside the development of related knowledge and skills in the field.  We should organize along similar lines for nonviolent civil resisters.  Since they are a cornerstone of defending and advancing democratic self-rule, here are some specific ways that we can support them in their learning, their work, and in making strategic choices that are as effective as possible:

These are just some of the ways in which support can be given. Notably, all of these options can be done fairly indirectly so that they create an enabling environment for movements, rather than directly supporting (and possibly disrupting) a particular movement.

We’re at an inflection point in the world.  Authoritarian resurgence has become a major problem, and this contagion has spread now for over a decade with severe (though still widely underestimated) consequences.  Those who care about rights, freedom, and justice in the world must work together to reverse this trend.  We must insure against further backsliding.

Doing so will require a holistic approach. In the field of nonviolent civil resistance, there is no substitute for sustained, multi-faceted support for education, stretching over months and years, recognizing the primacy of grassroots activists and organizers, and enabling their learning and practice in the field. To support this capacity is an inherent good.  We don’t know exactly when or how an abusive power will rise, but we know that investing in civil resistance creates a malleable force that can be applied to defend against, deter, and correct threats that, sooner or later, afflict most societies.

Building democracy insurance will also require a proactive mindset—insurance is most important before trouble sets in, and much more expensive after misfortune has struck.  For those who engage in work related to democracy and human rights—whether through direct organizing, advocacy, grant making, education, media, or otherwise—think of a country that is already experiencing backsliding.  You’re likely considering what you can do now to stop and reverse the trend.  But equally as important, think also about what you would do if you could go back in time and support an initiative in that country two years before the democratic downturn began. What initiative would you design and support? What resources would you apply to it? What capacities would you aim to build? And what do you wish others had done, if they had known then what we all know now?

The next set of countries facing authoritarian pressure are already out there, and others that are already facing such pressure need attention to help turn the tide as well. Insurance represents a potential that protects against a variety of threats, and helps restore and heal after a loss. An organized and empowered citizenry who know how to create powerful nonviolent pressure against unaccountable rule can do the same in their own country. 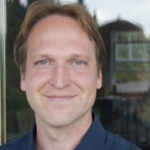 Hardy Merriman is President of the International Center on Nonviolent Conflict.  He has worked in the field of civil resistance for nearly 15 years, presenting at workshops for activists and organizers around the world; speaking widely about civil resistance movements with academics, journalists, and members of international organizations; and developing resources for practitioners and scholars.  His writings have been translated into numerous languages. Click here for a full list of publications to which Hardy Merriman has contributed or has authored. He has worked with ICNC since 2005 and prior to that with the Albert Einstein Institution from 2002.