The Vatican cast its first ever UN vote in July when it backed a nuclear disarmament treaty. The vote signaled an evolution of the Church’s doctrine, one of taking an ever tougher stance against nuclear weapons. 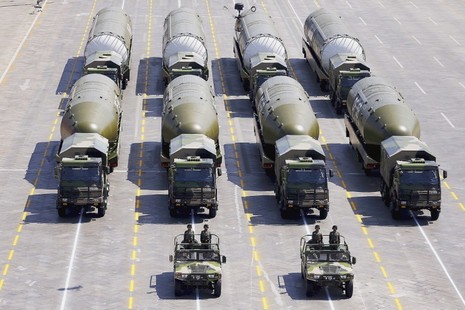 6 Sep 2017 – On September 20, the Vatican will become one of the first countries to ratify the United Nations treaty prohibiting nuclear arms.

In a move that made few headlines, the Holy See on 7 July cast its first ever vote at the United Nations. The Vatican has traditionally only enjoyed observer status at the UN, with no voting rights, but for the Treaty on the Prohibition of Nuclear Weapons, the UN conference negotiating the deal decided to give the Holy See the same rights as other member states.

The Vatican joined 121 other states in backing a draft treaty that forbids states to “develop, test, produce, manufacture, otherwise acquire, possess or stockpile nuclear weapons or other nuclear explosive devices”.

While the Vatican, of course, has no plans of its own to acquire or develop nuclear weapons at any time in the future, its signature brings its moral authority to the treaty, one that none of the world’s nine nuclear powers backed.

The Vatican is set to be among the first signatories to ratify the text. Once fifty states do so, the treaty, firmly supported by Pope Francis, will come into effect.

“We must commit ourselves to a world without nuclear weapons,” he wrote in March to the conference that negotiated the treaty.

Denouncing the idea of nuclear deterrence, Pope Francis said he believed that “an ethic and a right based on the threat of mutual destruction – and potentially that of all humanity – are contrary to the very spirit of the United Nations”.

For Francis, “peace and international stability cannot be founded on a false sense of security, on the threat of a reciprocal destruction, of total annihilation, for the mere maintenance of a balance of power”.

This papal declaration marked a new phase of the Vatican’s stance on the question of nuclear deterrence.

In the wake of John XXIII’s encyclical Pacem in Terris, which advocated “the proscription of the atomic bomb”, the Second Vatican Council considered that nuclear deterrence was not a reliable way to build peace.

Nevertheless, during the Cold War, the Magisterium interpreted this principle differently, in particular, because several episcopates defended their country’s nuclear arsenal.

In a message to the UN in June 1982, John Paul II said that “deterrence based on equilibrium, not as an end in itself, but as a step on the road to progressive disarmament, can still be deemed morally acceptable”.

At the same time, the Polish pope could not accept the consequences of a nuclear conflict and worked to make states aware of their responsibilities.

In 1981 the Pontifical Academy of Sciences warned against “the mistaken assumptions about the medical aspects of a nuclear war”, saying that “recent statements that one could win a nuclear war and even survive it, reveal a lack of appreciation of the medical reality”.

John Paul II distributed this text widely. For their part, in the 1980s, many episcopal conferences committed themselves against atomic weapons.

After the fall of the Berlin Wall, the Church’s position evolved towards an even firmer stance against the “balance of terror”.

But it wasn’t until the time of Benedict XVI that firm condemnation of nuclear deterrence appeared in a pontifical speech.

“What about governments that rely on nuclear weapons to ensure the security of their countries?” he asked in 2006, in his first message for the World Day of Peace.

“Together with innumerable people of goodwill, it can be said that this perspective, apart from the fact that it is disastrous, is quite fallacious,” he added. “Indeed, in a nuclear war, there would be no victors, only victims.”

Meanwhile, Vatican diplomacy was firmly geared towards banning nuclear weapons, right until Pope Francis’ letter to the UN in March.

In clear and unambiguous words, he wrote that “the ultimate goal of the total elimination of nuclear weapons (is) a moral and humanitarian imperative”.