Ordinary People Left Behind by God & the Free Market 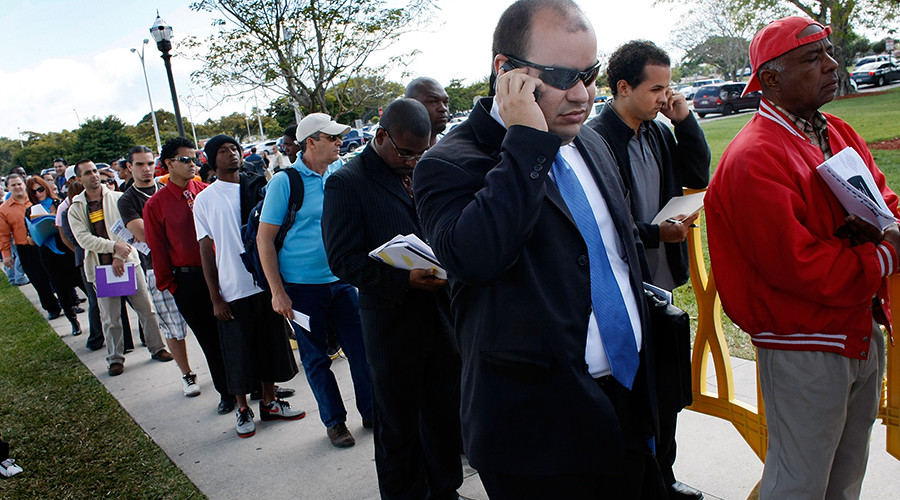 16 Sep 2017 – The automatization of production creates a challenge for humanity: what to do with those “left behind” by progress? And this superfluousness also has broader implications across society.

One unexpected topic has emerged from popular fiction in recent decades, from the lowest trash (Tim la Haye and his fellow travelers) to TV serials, like Leftovers, and it’s the subject of those “left behind.”

Typically, in this scenario, Armageddon is approaching, and God has brought the privileged ones to himself in order to save them from the forthcoming horrors. But what if we attempt a vulgar reading of the popular appeal of this topic, from an economist’s perspective?

As is often the case, it seems that God Himself has listened to the voice of capital, so that the topic of the leftovers should be related to our economic predicament in global capitalism. Is it not the case that only those who were unable to join the flow of refugees, and had to remain stuck in their homelands in disarray, are our “left behind”?

One should avoid any simplistic romanticization of the refugees. Some European leftists claim that refugees are a nomadic proletariat which can act as the core of a new revolutionary subject in Europe – a claim which is deeply problematic. The proletariat, for Marx, comprised of exploited workers disciplined through work and creating wealth, and while today the precariat can count as a new form of the proletariat, the paradox of refugees is that they are mostly in search of how to become the proletariat. They are “nothing,” with no place within the social edifice of the country where they took refuge, but from here it is a long step to the proletariat in the strict Marxian sense.

So instead of celebrating refugees as nomadic proletarians, would it not be more appropriate to claim that they are the more dynamic/ambitious part of their country’s population, those with a will to ascend, and that the true proletarians are rather those who remained there and were left behind as strangers in their own country (with all the religious connotations of “left behind”: leftovers, being those not taken to god by rapture). So, the tendency of global capitalism is to make 80% of us “left behind.”

As some social analysts and economists have suggested, today’s explosion of economic productivity confronts us with the ultimate example of this rule: the emerging global economy tends towards a state in which only 20% of the workforce can do all the necessary jobs, so that 80% of the people are basically irrelevant and of no use and potentially unemployed.

When this logic reaches its extreme, would it not be reasonable to bring it to its self-negation? Is not the system which makes 80% of the people irrelevant and of no use, itself irrelevant and of no use? The problem is thus not primarily that a new global proletariat is emerging, but a more radical one: billions of people are simply not needed and all the sweatshops cannot absorb them.

Toni Negri once gave an interview, strolling along a suburban street in Italy’s Venice-Mestre, and the journalist’s camera caught him passing a line of workers picketing in front of a textile factory slated to be closed down; he pointed at the workers and dismissively remarked: “Look at them! They don’t know they are already dead!”

For Negri, these workers stood for all that is wrong about the traditional trade-unionist socialism, which focuses on corporate job security. A socialism mercilessly rendered obsolete by the dynamics of “postmodern” capitalism with its hegemony of intellectual labor.

Rather than reacting to this new “spirit of capitalism” the way traditional Social Democracy does, seeing it as a threat, one should instead fully embrace it, discerning in it the dynamics of intellectual labor and its non-hierarchic and non-centralized social interaction, which are the seeds of Communism. If we follow this logic to the end, we cannot but agree with the cynical neo-liberal quip that, today, the main task of trade unions should be to re-educate workers so that they will be able to adapt to the new digitalized economy.

However, what about the opposite vision? Insofar as the dynamics of the new capitalism leaves a larger and larger percentage of workers superfluous (according to some estimates, in the long term, today’s capitalism would ideally need a mere 20% of the available work-force). Then what about the prospect of reuniting precisely all the “living dead” of the global capitalism, all those left behind by the neo-capitalist “progress,” all those rendered obsolete and all those unable to adapt to new conditions? The wager is, of course, that one can enact a direct short-circuit between these leftovers of history and history’s most progressive aspect.

Therefore, the true choice is this: should we continue to play the humanitarian game of taking care of those left behind, or should we tackle the much more difficult task of changing the global system which leaves them left behind? Without such a change, our situation will be evermore irrational.

For instance, take the prospect of the automatization of production which will – many people fear – radically diminish the need for workers and thus make unemployment explode. But why fear this prospect? Does it not open up the prospect of a new society in which we all will have to work much less? What kind of a society do we live in where good news is automatically turned into bad news?