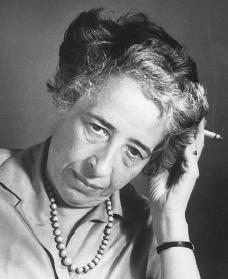 Hannah Arendt. Reproduced by permission of the Corbis Corporation