Taking a Step against US Impunity in Guantanamo

The fight against impunity in Guantanamo Bay has reached the Inter-American Commission on Human Rights. 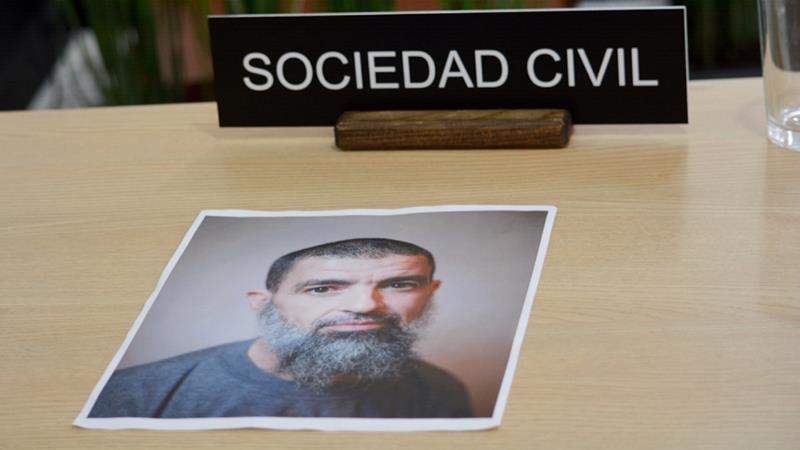 It is time for the Commission, the US, and the broader public to acknowledge what happened to Djamel, help him move beyond Guantanamo.

“I also learned since [my detention] from my brother in Canada that my mother, who is now very elderly, tried to send clothes and other items to me in Guantanamo, to care for me. I never received them. My brothers knew I would not, but how could they stop my mother from trying, it is what mothers do, they said. My mother and my other family members are surely also victims of Guantanamo.”

22 Sep 2017 – In a hearing last week before the Inter-American Commission on Human Rights (the Commission), former Guantanamo detainee Djamel Ameziane wrote not only about the torture and abuses he suffered there but also about the lasting effects that his detention has had on him and his family. Although Djamel was not able to attend the hearing, as he resides in Algeria and his ability to travel as a former Guantanamo detainee is limited, he prepared a written statement for the commissioners. Through this declaration, his representatives at the Center for Justice and International Law (CEJIL) and the Center for Constitutional Rights (CCR) shared Djamel’s story and emphasised the urgent need for the United States to make reparations for the human rights violations committed against him.

Djamel Ameziane was detained without charges for eleven years at Guantanamo. During this time, he faced prolonged incommunicado detention, multiple forms of torture, and never received a judicial determination regarding the legality of his detention. Although the government first approved him for transfer from Guantanamo in 2008, he was detained for another five years before ultimately being repatriated to Algeria, where he feared persecution. Since then, he has worked to rebuild his life while facing health problems, financial difficulties, and the stigma of Guantanamo.

Advocating for an end to Guantanamo in the Trump era

CEJIL and CCR urged the Commission to analyse Djamel’s case and issue a final decision that finds the US responsible for grave violations of human rights. This would be the first decision by a regional human rights body regarding the conditions at the Guantanamo Bay detention facility and the flawed legal framework it relies upon. Such a decision would be a historic step towards accountability and reparations, even though the situation in the US provides little hope for justice.

During the course of his campaign, the current United States President Donald Trump repeatedly stated his desire to not only keep Guantanamo open, but expand it. Since his inauguration, there have been numerous worrying developments. In January, a leaked draft of an executive order outlined plans to revive CIA black sites, halt transfers from Guantanamo, and send new detainees to the facility. In March, US Attorney General Jeff Sessions characterised the facility as “a perfectly acceptable place”. He later visited Guantanamo in July, in what was widely perceived as a gesture of support. Lastly, reports have emerged of planned new construction at the military base that would increase its detention capacity.

Adding to these concerning political developments, the Detainee Treatment Act and the Military Commissions Act provide broad civil and criminal immunity to those responsible for the human rights violations at Guantanamo. In the face of these legal and political impediments to recourse at the national level, Djamel and his representatives hope the Commission will act.

The role of the international human rights community

The Commission is an autonomous human rights body within the Organization of American States (OAS), charged with promoting and protecting human rights in the Americas. A decision by the Commission would authoritatively confirm the human rights violations committed against Djamel, and establish standards for appropriate reparations.

Beyond a decision that would set the course towards ending impunity, CEJIL and CCR also requested that the Commission remain involved on issues pertaining to Guantanamo, regarding both the hundreds of former detainees like Djamel who seek truth, justice, and accountability, and the current detainees. Moreover, part of Djamel’s story is repeating itself, as at least five of these detained men have been approved for transfer. The Commission is uniquely placed to keep these ongoing human rights violations on the regional agenda, and to encourage OAS member states to consider resettling detainees should the possibility arise.

It is time for the Commission, the US, and the broader public to acknowledge what happened to Djamel, help him move beyond Guantanamo, and work so that his experience is not repeated.

“[I]t is still very difficult, and painful, to think about everything that happened to me at Guantanamo, to learn how my family suffered, and to move forward with my life. I am 50 years old, and I lost many prime years of my life to Guantanamo. [… ] I want to be free of it forever, to forget [it] and move on my remaining years.”

Elsa Meany is Senior Attorney at the Center for Justice and International Law, CEJIL.