The Real Reason Some People Become Addicted to Drugs 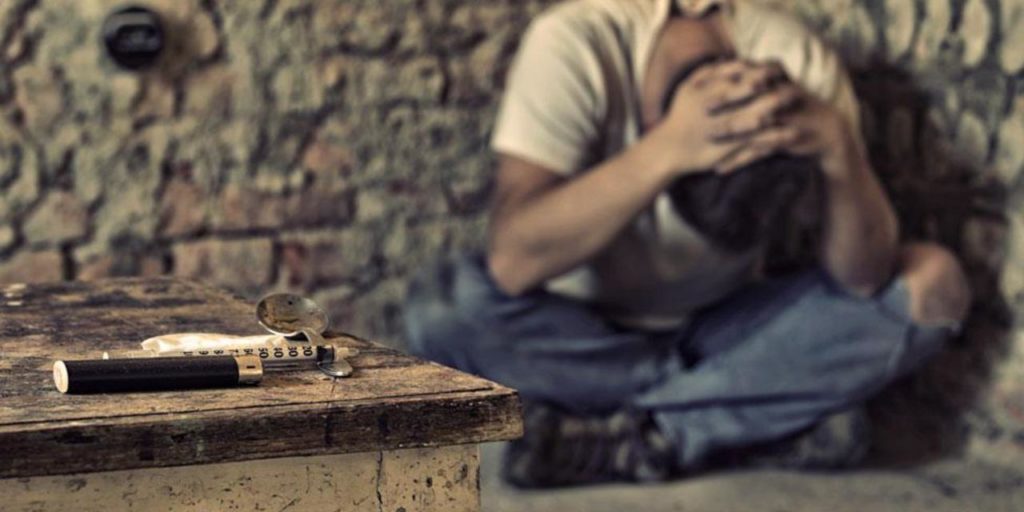 29 Sep 2017 – Why do they do it? This is a question that friends and families often ask of those who are addicted.

It’s difficult to explain how drug addiction develops over time. To many, it looks like the constant search for pleasure. But the pleasure derived from opioids like heroin or stimulants like cocaine declines with repeated use. What’s more, some addictive drugs, like nicotine, fail to produce any noticeable euphoria in regular users.

So what does explain the persistence of addiction? As an addiction researcher for the past 15 years, I look to the brain to understand how recreational use becomes compulsive, prompting people like you and me to make bad choices.

There are two popular explanations for addiction, neither of which holds up to scrutiny.

The first is that compulsive drug taking is a bad habit – one that addicts just need to “kick.”

However, to the brain, a habit is nothing more than our ability to carry out repetitive tasks – like tying our shoelaces or brushing our teeth – more and more efficiently. People don’t typically get caught up in an endless and compulsive cycle of shoelace tying.

Another theory claims that overcoming withdrawal is too tough for many addicts. Withdrawal, the highly unpleasant feeling that occurs when the drug leaves your body, can include sweats, chills, anxiety and heart palpitations. For certain drugs, such as alcohol, withdrawal comes with a risk of death if not properly managed.

This is not to say that pleasure, habits or withdrawal are not involved in addiction. But we must ask whether they are necessary components of addiction – or whether addiction would persist even in their absence.

In the 1980s, researchers made a surprising discovery. Food, sex and drugs all appeared to cause dopamine to be released in certain areas of the brain, such as the nucleus accumbens.

This suggested to many in the scientific community that these areas were the brain’s pleasure centers and that dopamine was our own internal pleasure neurotransmitter. However, this idea has since been debunked. The brain does have pleasure centers, but they are not modulated by dopamine.

So what’s going on? It turns out that, in the brain, “liking” something and “wanting” something are two separate psychological experiences. “Liking” refers to the spontaneous delight one might experience eating a chocolate chip cookie. “Wanting” is our grumbling desire when we eye the plate of cookies in the center of the table during a meeting.

Dopamine is responsible for “wanting” – not for “liking.” For example, in one study, researchers observed rats that could not produce dopamine in their brains. These rats lost the urge to eat but still had pleasurable facial reactions when food was placed in their mouths.

All drugs of abuse trigger a surge of dopamine – a rush of “wanting” – in the brain. This makes us crave more drugs. With repeated drug use, the “wanting” grows, while our “liking” of the drug appears to stagnate or even decrease, a phenomenon known as tolerance. 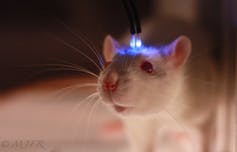 In my own research, we looked at a small subregion of the amygdala, an almond-shaped brain structure best known for its role in fear and emotion. We found that activating this area makes rats more likely to show addictive-like behaviors: narrowing their focus, rapidly escalating their cocaine intake and even compulsively nibbling at a cocaine port. This subregion may be involved in excessive “wanting,” in humans, too, influencing us to make risky choices.

The recent opioid epidemic has produced what we might call “involuntary” addicts. Opioids – such as oxycodone, percocet, vicodin or fentanyl – are very effective at managing otherwise intractable pain. Yet they also produce surges in dopamine release.

Most individuals begin taking prescription opioids not for pleasure but rather from a need to manage their pain, often on the recommendation of a doctor. Any pleasure they may experience is rooted in the relief from pain.

However, over time, users tend to develop a tolerance. The drug becomes less and less effective, and they need larger doses of the drug to control pain. This exposes people to large surges of dopamine in the brain. As the pain subsides, they find themselves inexplicably hooked on a drug and compelled to take more.

The result of this regular intake of large amounts of drug is a hyperreactive “wanting” system. A sensitized “wanting” system triggers intense bouts of craving whenever in the presence of the drug or exposed to drug cues. These cues can include drug paraphernalia, negative emotions such as stress or even specific people and places. Drug cues are one of an addict’s biggest challenges.

These changes in the brain can be long-lasting, if not permanent. Some individuals seem to be more likely to undergo these changes. Research suggests that genetic factors may predispose certain individuals, which explains why a family history of addiction leads to increased risk. Early life stressors, such as childhood adversity or physical abuse, also seem to put people at more risk.

Many of us regularly indulge in drugs of abuse, such as alcohol or nicotine. We may even occasionally overindulge. But, in most cases, this doesn’t qualify as addiction. This is, in part, because we manage to regain balance and choose alternative rewards like spending time with family or enjoyable drug-free hobbies.

However, for those susceptible to excessive “wanting,” it may be difficult to maintain that balance. Once researchers figure out what makes an individual susceptible to developing a hyperreactive “wanting” system, we can help doctors better manage the risk of exposing a patient to drugs with such potent addictive potential.

In the meantime, many of us should reframe how we think about addiction. Our lack of understanding of what predicts the risk of addiction means that it could just as easily have affected you or me. In many cases, the individual suffering from addiction doesn’t lack the willpower to quit drugs. They know and see the pain and suffering that it creates around them. Addiction simply creates a craving that’s often stronger than any one person could overcome alone.

That’s why people battling addiction deserve our support and compassion, rather than the distrust and exclusion that our society too often provides.