The Logic of Drug Legalization 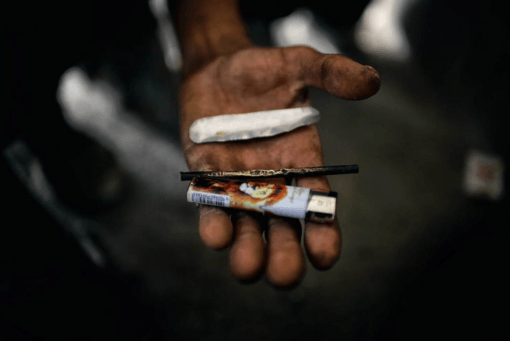 15 Nov 2017 – The Drug Lords of today exist because of the extraordinary profits resulting from criminalization. Estimates run in the half a trillion range globally per year. By way of comparison there are only twenty or so countries with a national economy of that size. The situation is exactly analogous to the prohibition era. When gunfights, beatings, murders and firebombs were the business strategy of choice for the pushers of alcohol. Once booze was legalized the bootleggers were immediately driven out of business. Alcohol is heavily taxed today there are however no Bootlegging Lords on the playground pushing cheaper booze on our children.

Nor would such pushers exist for any other drug that we might choose to legalize. Sure the criminals could evade the cost of taxes on their product but there are enormous costs incurred by criminal enterprises that don’t apply to legal ones. This is why marijuana today is sold for hundreds of times what it costs to grow. Our legal producers will not be faced with those costs and so can sell to us below current prices on the street. With profit margins cut to the bone the ‘dread lords and masters’ that control the illegal drug market today will simply melt away like the last snow before the advancing spring.

If you are worried about our kids as relates to the issue of the legalization and/or decriminalization of marijuana and other harder drugs then know this. The only reason that there exists so many pushers on our playgrounds is the direct result of drug prohibition. Legalize them and the profit goes away. The profit goes away and the pushers go away. Just as they did after the end of the Prohibition Era. Do we see pushers on the playground with bottles of vodka or moonshine or wine pushing them to our kids on the street today? No we do not. Why? Because there’s no money in it.

Legalize all drugs and for the same reason the pushers go away not only from the playground but from every street corner in America. The violence between the pushers goes away. Our streets would instantly become so very much safer we would barely be able to recognize them. Policing would become so much safer we could reasonably go to the ‘Bobby’ model of them not having to carry guns. Community policing would become the norm as opposed to the exception. The police today are the adversary of communities in the inner cities because they threaten the flow of money from the activity of the sale of illegal drugs. Take away that flow of money and you take away that adversarial dynamic.

Can I tell you that no drugs will end up in the hands of our youth? Of course not. Just as I can’t tell you they won’t smoke and drink. While we are on the subject. Cigarettes kill more people per month than all hard drugs combined in a year. I can’t count the number of families that have suffered from alcoholism but I can count my childhood family among them. If we were going to criminalize any drug on the basis of social harm then nicotine would be #1 and alcohol #2. Would that be the right course of action? Of course not. What we have done instead is one of the most remarkable success stories in the history of social engineering. We publicized the science at our disposal, we expelled smoking from social spaces, we created treatment methods for overcoming the addiction. Still there are smokers. Still there are alcoholics. Just as there are overeaters and people that do not exercise. Such is life. Such is the nature of freedom. Such is the outcome when we preference freedom of the individual over the harm that prohibition causes to society. As long as we widely publicize the information of the harm, as long as we provide help for the addicted, freedom is the only road to be chosen for this voyage.

As importantly would be the results if drug use and addiction were treated as a medical issue and not a criminal one. We would empty our prisons to an extraordinary degree, unclog our judicial system, and reduce our policing needs. The savings would be massive. To this would be added the money made from the sale of the drugs. Just as it has with booze and cigarettes and every other drug we currently sell. Not to mention every other thing we buy that has a sales tax. Why should we exempt these drugs? In Colorado the revenues raised for the State are higher with pot than they are with booze. After one year!

With all of this money, and we are talking billions here in Canada, and orders of magnitude larger in the U.S., we could afford a program for every single addict. Every addict could get their fix and the best treatment medical science can provide. And still we would be billions of dollars ahead. Not even including the intangible effect of our much safer streets and homes.

For addicts the result would be a massive reduction in misery for the blighted lives of these unfortunates. Our streets and homes would become instantly safer as they would no longer need to steal to feed their habit. As I say we wouldn’t even recognize the place. It would be like we had been asleep and awoke to a dream, and for a real change of pace one that wasn’t a nightmare. Don’t we deserve in this day and age of climate change and ecological collapse at least one dream upon awakening that isn’t a nightmare?

To this we can add reducing the corruption of our police, politicians and judiciary. Today corrupted all over the world by the hundreds of billions directly resulting from this prohibition. All of this is of course far more than enough but to it we can add something equally important. The end of our complicity in the destruction of entire societies. Peasant farmers rained on with Agent Orange and other chemical warfare. Our complicity in mass murders as the Drug Lords fight the police and the Army over the profits. Mexico’s murder rate is second only to war torn Syria! Think on that. The only country worse than Mexico is one in the midst of a protracted and utterly disastrous civil war.

In addition to this is the mass violence in societies throughout Latin America and other places like Afghanistan that are disastrously corrupted from the cop on the beat, to their military command, to the President of their countries. Attorney Generals have been assassinated, journalists, judges, lawyers, politicians, cops, and uncounted scores of innocent bystanders. All because of the profit that we supply to this trade by our consumption. We are the fuel for this fire. Our consumption is burning their societies to the ground. Take away that profit and the problem instantly becomes a tiny fraction of what it was here and there.

After the prohibition of alcohol was ended so too was the reign of the Capone’s, and the Luciano’s and the Lansky’s. Guns and graft was replaced by quality control and marketing. The mobsters however simply moved their operations to those drugs that remained illegal. Any sane society with a modicum of rationality would recognize the parallel. Recognize that the taking of drugs is a question of personal choice. Like cigarettes and alcohol. Yes it comes with a medical cost, without a doubt. It need not however come with the corruption, the crime, the murders, the oppositional relation to the ‘popo’, the astronomical costs of incarceration, and the militarization of the police. All of those are avoidable.

The indisputable problems that will remain are treatable in the main, and those that are not are tragic. As is mortality. They are however tragedies on a personal level as opposed to calamities on a societal one.