The Lost Journalistic Standards of Russia-gate

The Russia-gate hysteria has witnessed a widespread collapse of journalistic standards as major U.S. news outlets ignore rules about how to treat evidence in dispute.

20 Nov 2017 – A danger in both journalism and intelligence is to allow an unproven or seriously disputed fact to become part of the accepted narrative where it gets widely repeated and thus misleads policymakers and citizens alike, such as happened during the run-up to war with Iraq and is now recurring amid the frenzy over Russia-gate. 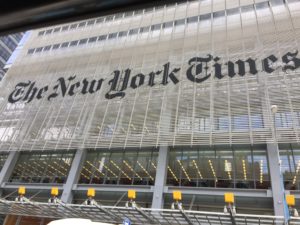 For instance, in a Russia-gate story on Saturday, The New York Times reported as flat fact that a Kremlin intermediary “told a Trump campaign aide, George Papadopoulos, that the Russians had ‘dirt’ on Mr. Trump’s rival, Hillary Clinton, in the form of ‘thousands of emails.’” The Times apparently feels that this claim no longer needs attribution even though it apparently comes solely from the 32-year-old Papadopoulos as part of his plea bargain over lying to the FBI.

Beyond the question of trusting an admitted liar like Papadopoulos, his supposed Kremlin contact, professor Joseph Mifsud, a little-known academic associated with the University of Stirling in Scotland, denied knowing anything about Democratic emails.

In an interview with the U.K. Daily Telegraph, Mifsud acknowledged meeting with Papadopoulos but disputed having close ties to the Kremlin and rejected how Papadopoulos recounted their conversations. Specifically, he denied the claim that he mentioned emails containing “dirt” on Clinton.

Even New York Times correspondent Scott Shane noted late last month – after the criminal complaint against Papadopoulos was unsealed – that “A crucial detail is still missing: Whether and when Mr. Papadopoulos told senior Trump campaign officials about Russia’s possession of hacked emails. And it appears that the young aide’s quest for a deeper connection with Russian officials, while he aggressively pursued it, led nowhere.”

Shane added, “the court documents describe in detail how Mr. Papadopoulos continued to report to senior campaign officials on his efforts to arrange meetings with Russian officials, … the documents do not say explicitly whether, and to whom, he passed on his most explosive discovery – that the Russians had what they considered compromising emails on Mr. Trump’s opponent.

“J.D. Gordon, a former Pentagon official who worked for the Trump campaign as a national security adviser [and who dealt directly with Papadopoulos] said he had known nothing about Mr. Papadopoulos’ discovery that Russia had obtained Democratic emails or of his prolonged pursuit of meetings with Russians.”

But the journalistic question is somewhat different: why does the Times trust the uncorroborated assertion that Mifsud told Papadopoulos about the emails — and trust the claim to such a degree that the newspaper would treat it as flat fact? Absent corroborating evidence, isn’t it just as likely (if not more likely) that Papadopoulos is telling the prosecutors what he thinks they want to hear? 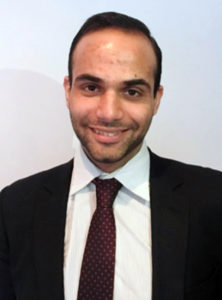 If the prosecutors working for Russia-gate independent counsel Robert Mueller had direct evidence that Mifsud did tell Papadopoulos about the emails, you would assume that they would have included the proof in the criminal filing against Papadopoulos, which was made public on Oct. 30.

Further, since Papadopoulos was peppering the Trump campaign with news about his Russian outreach in 2016, you might have expected that he would include something about how helpful the Russians had been in obtaining and publicizing the Democratic emails.

But none of Papadopoulos’s many emails to Trump campaign officials about his Russian contacts (as cited by the prosecutors) mentioned the hot news about “dirt” on Clinton or the Russians possessing “thousands of emails.” This lack of back-up would normally raise serious doubts about Papadopoulos’s claim, but – since Papadopoulos was claiming something that the prosecutors and the Times wanted to believe – reasonable skepticism was swept aside.

What the Times seems to have done is to accept a bald assertion by Mueller’s prosecutors as sufficient basis for jumping to the conclusion that this disputed claim is undeniably true. But just because Papadopoulos, a confessed liar, and these self-interested prosecutors claim something is true doesn’t make it true.

Careful journalists would wonder, as Shane did, why Papadopoulos who in 2016 was boasting of his Russian contacts to make himself appear more valuable to the Trump campaign wouldn’t have informed someone about this juicy tidbit of information, that the Russians possessed “thousands of emails” on Clinton.

Yet, the prosecutors’ statement regarding Papadopoulos’s guilty plea is strikingly silent on corroborating evidence that could prove that, first, Russia did possess the Democratic emails (which Russian officials deny) and, second, the Trump campaign was at least knowledgeable about this core fact in the support of the theory about the campaign’s collusion with the Russians (which President Trump and other campaign officials deny).

Of course, it could be that the prosecutors’ “fact” will turn out to be a fact as more evidence emerges, but anyone who has covered court cases or served on a jury knows that prosecutors’ criminal complaints and pre-trial statements should be taken with a large grain of salt. Prosecutors often make assertions based on the claim of a single witness whose credibility gets destroyed when subjected to cross-examination.

That is why reporters are usually careful to use words like “alleged” in dealing with prosecutors’ claims that someone is guilty. However, in Russia-gate, all the usual standards of proof and logic have been jettisoned. If something serves the narrative, no matter how dubious, it is embraced by the U.S. mainstream media, which – for the past year – has taken a lead role in the anti-Trump “Resistance.”

A History of Bias

This tendency to succumb to “confirmation bias,” i.e., to believe the worst about some demonized figure, has inflicted grave damage in other recent situations as well. 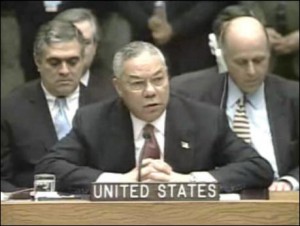 Secretary of State Colin Powell addressed the United Nations on Feb. 5. 2003, citing satellite photos which supposedly proved that Iraq had WMD, but the evidence proved bogus.

One example is described in the Senate Intelligence Committee’s 2006 study of the false intelligence that undergirded the case for invading Iraq in 2003. That inquiry discovered that previously discredited WMD claims kept reemerging in finished U.S. intelligence analyses as part of the case for believing that Iraq was hiding WMD.

In the years before the Iraq invasion, the U.S. government had provided tens of millions of dollars to Iraqi exiles in the Iraqi National Congress, and the INC, in turn, produced a steady stream of “walk-ins” who claimed to be Iraqi government “defectors” with knowledge about Saddam Hussein’s secret WMD programs.

Some U.S. intelligence analysts — though faced with White House pressure to accept this “evidence” — did their jobs honestly and exposed a number of the “defectors” as paid liars, including one, who was identified in the Senate report as “Source Two,” who talked about Iraq supposedly building mobile biological weapons labs.

CIA analysts caught Source Two in contradictions and issued a “fabrication notice” in May 2002, deeming him “a fabricator/provocateur” and asserting that he had “been coached by the Iraqi National Congress prior to his meeting with western intelligence services.”

But the Defense Intelligence Agency never repudiated the specific reports that were based on Source Two’s debriefings. Source Two also continued to be cited in five CIA intelligence assessments and the pivotal National Intelligence Estimate in October 2002, “as corroborating other source reporting about a mobile biological weapons program,” the Senate Intelligence Committee report said.

Thus, Source Two became one of four human sources referred to by Secretary of State Colin Powell in his United Nations speech on Feb. 5, 2003, making the case that Iraq was lying when it insisted that it had ended its WMD programs. (The infamous “Curve Ball” was another of these dishonest sources.)

After the U.S. invasion and the failure to find the WMD caches, a CIA analyst who worked on Powell’s speech was asked how a known “fabricator” (Source Two) could have been used for such an important address by a senior U.S. government official. The analyst responded, “we lost the thread of concern as time progressed I don’t think we remembered.” 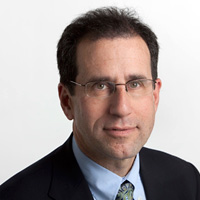 A CIA supervisor added, “Clearly we had it at one point, we understood, we had concerns about the source, but over time it started getting used again and there really was a loss of corporate awareness that we had a problem with the source.”

In other words, like today’s Russia-gate hysteria, the Iraq-WMD groupthink had spread so widely across U.S. government agencies and the U.S. mainstream media that standard safeguards against fake evidence were discarded. People in Official Washington, for reasons of careerism and self-interest, saw advantages in running with the Iraq-WMD pack and recognized the dangers of jumping in front of the stampeding herd to raise doubts about Iraq’s WMD.

Back then, the personal risk to salary and status came from questioning the Iraq-WMD groupthink because there was always the possibility that Saddam Hussein indeed was hiding WMD and, if so, you’d be forever branded as a “Saddam apologist”; while there were few if any personal risks to agreeing with all those powerful people that Iraq had WMD, even if that judgment turned out to be disastrously wrong.

Similarly, Official Washington’s judgment now is that there is no real downside to joining the Resistance to Trump, who is widely viewed as a buffoon, unfit to be President of the United States. So, any means to remove him are seen by many Important People as justified – and the Russian allegations seem to be the weightiest rationale for his impeachment or forced resignation.

Professionally, it is much riskier to insist on unbiased standards of evidence regarding Trump and Russia. You’ll just stir up a lot of angry questions about why are you “defending Trump.” You’ll be called a “Trump enabler” and/or a “Kremlin stooge.”

However, basing decisions on dubious information carries its own dangers for the nation and the world. Not only do the targets end up with legitimate grievances about being railroaded – and not only does this prejudicial treatment undermine faith in the fairness of democratic institutions – but falsehoods can become the basis for wider policies that can unleash wars and devastation.

We saw the horrific outcome of the Iraq War, but the risks of hostilities with nuclear-armed Russia are far graver; indeed, billions of people could die and human civilization end. With stakes so high, The New York Times and Mueller’s prosecutors owe the public better than treating questionable accusations as flat fact. 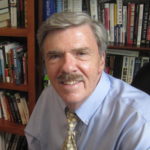 Investigative Reporter Robert Parry broke many of the Iran-Contra stories in the 1980s for the Associated Press and Newsweek. His book, Neck Deep: The Disastrous Presidency of George W. Bush, was written with two of his sons, Sam and Nat. His two previous books are Secrecy & Privilege: The Rise of the Bush Dynasty from Watergate to Iraq and Lost History: Contras, Cocaine, the Press & ‘Project Truth’. You can buy his latest book, America’s Stolen Narrative, either in print here or as an e-book (from Amazon and barnesandnoble.com).