Global inequality has worsened since the millennium, with a new report finding the richest 1 percent account for half of the world’s wealth. 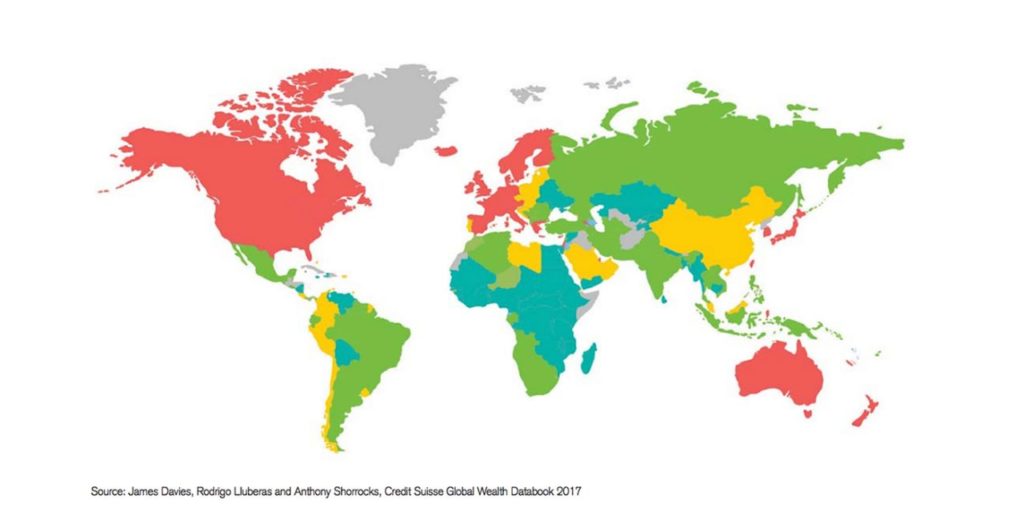 14 Nov 2017 – Global inequality has worsened since the millennium, with a new report finding the richest 1 percent account for half of the world’s wealth.

The world’s top 1 percent held 45.5 percent of all household wealth in 2000. Now, they hold 50.1 percent, according to Credit Suisse’s annual Global Wealth Report.

The report highlights that Ultra High Net Worth Individuals (UHNWIs) – people who are worth more than $50 million – as being the driving force behind the gap. This group of wealth holders has grown five-fold since 2000.

“While the bottom half of adults collectively own less than 1 percent  of total wealth, the richest decile (top 10 percent of adults) owns 88 percent of global assets, and the top percentile alone accounts for half of total household wealth,” the report said.

It was also the wealthy who benefited from the global fortunes following the 2008 global financial crisis with wealth inequality rising across all regions, except for China where median wealth declined.

The report offers a reminder that anti-poverty groups aren’t the only ones publishing eye-popping numbers on global inequality; the severe numbers are also being confirmed by the financial services firms that specialize in helping the rich grow their assets.

“It fits broadly along with the things we really noticed this year — that is, the massive increase of wealth in just one unit,” Max Lawson, head of inequality policy at Oxfam International, said of today’s report.

The top 1 percent own have the global wealth, according to Credit Suisse.
Credit Suisse/James Davies, Rodrigo Lluberas and Anthony Shorrocks.

The report comes a little more than a week after ICIJ and more than 90 media partners around the world released the Paradise Papers, an investigation that seeks to shed light on the offshore financial services industry, a significant driver of greater shares of wealth accumulating at the top.

The investigation revealed ways in which the offshore world offers billionaires and the companies they own a means to reduce their taxes under a deep veil of financial privacy, allowing them to grow their assets in dazzling exponentials.

“You’ve got a direct link between tax havens and this explosion in the wealth of the super-rich which we see in the report today,” Lawson said.

“They’re using industrial levels of tax avoidance to make sure their fortunes are shielded from the tax man. They’d be less wealthy if they paid the tax they owe.” 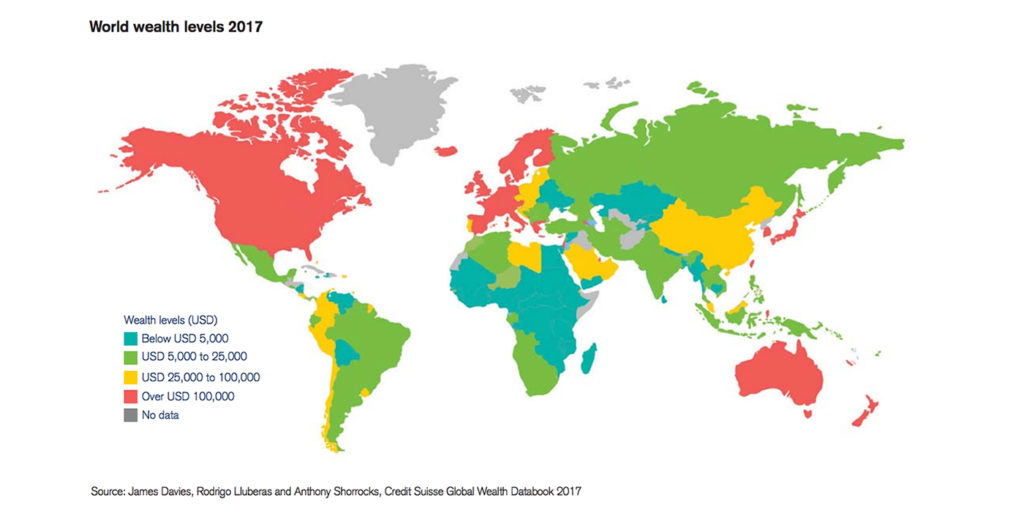 The world’s wealth levels in 2017, according to the latest Credit Suisse report.
Credit Suisse/James Davies, Rodrigo Lluberas and Anthony Shorrocks.

The Paradise Papers investigation, based on a trove of millions of leaked files from leading offshore law firm Appleby,  shed light on the use of these havens by some of the world’s wealthiest individuals.

The files revealed that James Simons, a hedge fund billionaire and top US political donor, used the low-tax jurisdiction of Bermuda to quietly grow one of the largest private trust funds ever discovered. It also showed how multinational corporations like Apple and Nike have avoided billions in taxes, often using mazes of offshore entities that shift earnings and assets overseas — away from public scrutiny and tax collectors.

“There is this small group of people who are not equally subject to the laws as the rest of us, and that’s on purpose,” Harrington said.

While the Paradise Papers provide a view into the elaborate mechanisms by which the wealthy move their assets away from public coffers, today’s Credit Suisse report shows how these maneuvers have manifested in broad terms, although the report does not name offshore services providers or tax avoidance as drivers of its findings.

“This is clearly a crisis… and it is a crisis that is getting a lot worse.”
— Max Lawson

The report states that half the world’s population — 3.5 billion adults with wealth below $10,000 — account for just 2.7 percent of global wealth.

“In contrast…the 36 million millionaires comprise less than 1% of the adult population, but own 46% of household wealth,” the report said.

The growth of “financial assets,” commonly defined as stocks, bonds and other investments, has outpaced the growth of real assets, like homes and land — with the rich benefiting handsomely from this trend.

This has been most true, according to the report, in wealthier countries, where  millionaires and billionaires fare far better than those in poor countries.

“The United States continued its remarkable unbroken spell of gains after the financial crisis,” the report states, noting that many countries in the Asia-Pacific region and Africa saw growth of less than one percent – or even shrinking overall wealth. Credit Suisse attributed this to “adverse currency movements.”

“This is clearly a crisis,” said Oxfam’s Lawson. “And it is a crisis that is getting a lot worse.”