Why We Need to Take Animal Cruelty Much More Seriously

At first glance, this was just one more mass shooting that could not have been anticipated or prevented. But in addition to the assaults against his (former) wife and child in 2012, there was at least one other big warning sign that is receiving much less media attention: on August 1, 2014, Kelley was cited for animal cruelty after he had viciously beaten a Husky puppy for running away and then dragged the puppy by his neck back to his camper. In March 2016, after Kelley paid a $368 fine, the animal cruelty charge was dismissed. 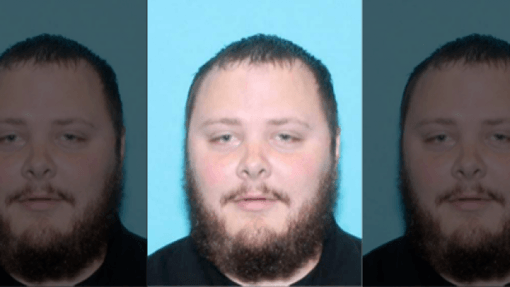 Think about this: for beating and dragging a dog, Kelley received the mildest slap on the wrist. After all, it was just a dog – right?

This is an unfortunate attitude prevalent in our culture. Nonhuman animals – especially livestock, wildlife, and victims of captivity (for example, circuses, zoos, and research laboratories) – are commonly thought to be “objects” put on this earth for human consumption and entertainment. Even our beloved pets are legally considered to be nothing more than personal property. So deliberately hurting or killing a dog may – may – earn the same level of punishment as deliberately destroying another person’s television. The law has yet to recognize our different levels of emotional attachment by according pets a higher legal status than material possessions.

Cruelty to animals is unjust because of the suffering that it causes them, not because of any deprivation that it causes humans. Pain is pain – whether it is experienced by a human or a nonhuman. And lest anybody doubt this intuitively obvious claim, we have ample scientific evidence for it. Through evolution, nonhuman and human animals alike acquired something that plants and trees never did: nervous systems. These nervous systems explain why not only humans but also nonhumans exhibit both fear and pain-avoidance behavior (for example, fleeing and vocalizations such as screaming and groaning). The mere fact that nonhumans don’t articulate their agony in human language hardly means that they are not experiencing agony in the first place.

Fortunately, on January 1, 2016, the FBI’s National Incident-Based Reporting System (NIBRS) started collecting data from law enforcement agencies about animal cruelty, including gross neglect, torture, organized abuse, and sexual abuse. The primary reason, however, is not to protect animals; it is to protect humans.

As it turns out, animal cruelty is strongly correlated with violence against humans. The Kelley case described above is much more the rule than the exception. As John Thompson, Deputy Executive Director of the National Sheriffs’ Association, stated, “If somebody is harming an animal, there is a good chance they are also hurting a human.” Indeed, 56% of violent offenders have engaged in animal abuse; 46% of convicted serial murderers have admitted to torturing animals in their adolescence; 60% of child abuse cases, and 70% of domestic-partner abuse cases, involve concurrent pet abuse; and 60% of children who suffer from domestic violence go on to abuse animals.

These correlations are hardly accidental. Both kinds of violence – against humans and against non-humans – are generally rooted in the same psychological defects: sadism combined with an unhealthy thirst for power, control, and (often) social status.

The NIBRS’s efforts are certainly welcome and should help to punish and deter animal cruelty in the coming years. But they still face a tremendous uphill battle. Both the investigation and prosecution of animal cruelty cases can require extensive time and money. And when these cases “compete” with other resource-intensive cases involving human victims, priority is generally given to the latter.

It is not just law enforcement that will likely prove slow to change. We can also expect the criminal justice system – including prosecutors, judges, and juries – to offer resistance as well. The reason, once again, is that animals are generally regarded both in the law and in the culture not as creatures possessing rights but rather as vastly inferior “things” to be exploited for human pleasure or killed for human convenience. So while the vast majority of people may agree in the abstract that animals should not be abused, most in this majority tend to be all too forgiving when presented with specific instances.

For better or worse, concern for animals themselves has not motivated law enforcement, prosecutors, judges, juries, and the larger community to take animal cruelty crimes very seriously. The key to reversing this trend is education. Everybody with a conscience needs to learn about the well-established link between violence against animals and violence against humans. If we want to reduce the latter, we should make a much more concerted effort to identify and punish the former.

As Mr. Thompson so eloquently put it, animal cruelty is “a crime against society. By paying attention to [it], we are benefiting all of society.”

Dr. Wendy Wolfson is Assistant Professor of Shelter Medicine and Surgery at the LSU School of Veterinary Medicine.