China, the world’s largest importer and end user of elephant tusks, has banned the sale of ivory with the law taking effect on 31 Dec 2017. The ivory trade is responsible for the deaths of nearly 30,000 elephants every year in Africa. 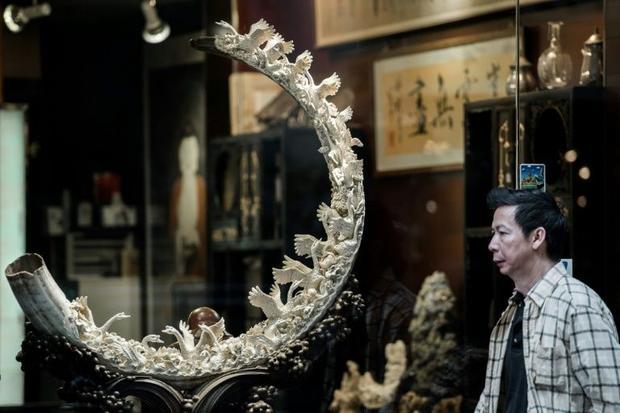 29 Dec 2017 – Wildlife activists are calling the move a vital step in reducing the slaughter of the endangered elephants, and the ban has been a long time in coming to fruition.

International trade in elephant ivory has been banned since 1990 but China and other countries have continued to allow the domestic sale of ivory products. And carvings, ivory chopsticks, and other items made from elephant tusks are coveted by wealthy Chinese.

In 2007, ivory carving was listed as an example of China’s “national intangible cultural heritage.” Ivory carving is considered a “unique skill” in China, with apprentices taking three years or longer to learn the trade. Proponents of ivory carving claim it has been a part of Chinese culture and was a tradition in the royal families thousands of years ago. 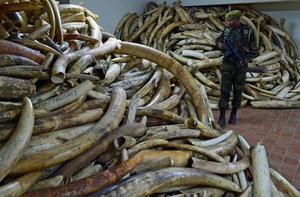 At its peak in 2014 wholesale prices for raw ivory stood at $2,100 (1,900 euros) per kg in Chinese markets, according to a report by two ivory trade experts
Carl de SOUZA, AFP/File

China’s crackdown on the ivory trade

China began bowing to international pressure and in 2014 there were signs progress was being made. Many factories that at one time legally carved ivory were closed and there was the beginning of a downturn in consumer buying. Celebrities were used to help boost awareness of the illegal trade in elephant poaching.

In 2016, China promised to ban the sale of ivory domestically. Under the ban, China’s 172 ivory-carving factories and retail outlets will also close, with some already closing earlier this year. However, despite the threat of the ban going into effect at the end of this year, illegal ivory supplies have been flourishing in illegal shops and online.

But ivory sales were down about 65 percent this year as shops discounted stocks to get rid of their inventories. The ban does not effect Hong Kong, a special administrative region of China where the ivory trade is prolific and has been going on for over 150 years.

Hong Kong is also the main consumer hub for customers from mainland China. The special administrative region is expected to vote on a potential ban on ivory in 2018.

Wildlife advocates are fearful the illegal trade in ivory will just move on to another country, and their fears are well-founded. The Kenya-based conservation group Save the Elephants said this year that neighboring Laos has expanded its retail market more rapidly than any other country, according to the Financial Times.

Karen Graham is Digital Journal’s Editor-at-Large for environmental news. Karen’s view of what is happening in our world is colored by her love of history and how the past influences events taking place today. Her belief in man’s part in the care of the planet and our environment has led her to focus on the need for action in dealing with climate change.