Crying Elephants and Giggling Rats – Animals Have Feelings, Too 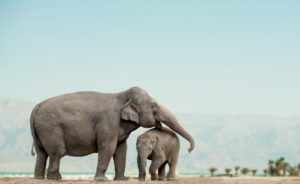 10 Jan 2018 – Years ago, we believed that we weren’t animals and that animals were here solely for our use. Indeed, a cow was just a walking burger, steak of Sunday roast, keeping itself fresh and tasty ready for when we were hungry.

Luckily, for their sake, things have progressed significantly from then and now we recognise that animals (including our “superior” human selves in that category) can experience emotions from more simple ones such as happiness and sadness to more complex ones such as empathy, jealousy and grief. Animal sentience is defined as the ability to feel, perceive and experience subjectively. In other words, it’s about emotions and feelings and in some respects, having an awareness that “you are you”.

In fact, the scientific evidence for animals being sentient is vast – so clear that three scientists read 2,500 papers studying sentience in non-human animals and concluded confidently that sentience does indeed exist.

If you saw Blue Planet II recently, for example, you’ll have seen the footage of a pilot whale carrying around her dead calf. For most humans, this clearly demonstrates a form of grieving, particularly given the behaviour changes in the wider family pod.

The evidence for sentience

Studies have shown that sheep are able to recognise the faces of their sheep friends even after being separated for two years. Elephants from strong family groups with immense memories and they cry when they are hurt (both physically and emotionally). Capuchin monkeys know when they are receiving unequal pay (grapes vs cucumber) and Macaques develop individual cultures, particularly when it comes to how one should wash a potato.

Chimpanzees like to keep the peace by redistributing bananas if someone complains that their share is unfair and even rats have been shown to demonstrate empathy by giving up their favourite snack to save a drowning friend. They also giggle when being tickled.

Fish use tools and octopus weigh up whether the effort needed to gain a food reward is worth it depending on the type of food. There is also plenty of evidence on how animals have individual personalities and indeed how some are a glass half full type while others are more glass half empty.

But it isn’t just from watching their behaviour that we can say animals are sentient. When we examine the brains of species (and indeed individuals), we can draw parallels from what we know about human brains and start to make assumptions. 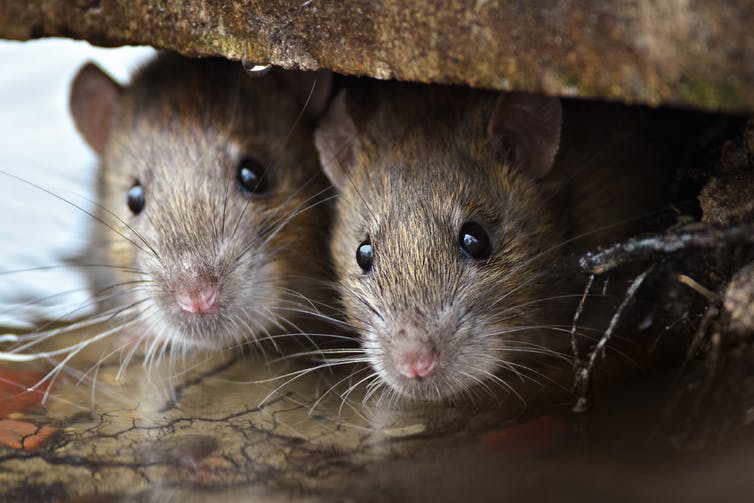 I’ve got your back, buddy. Shutterstock

The act of killing

In some marine mammals, their limbic system is four times larger than ours is. In addition to this, some marine mammals have spindle cells, which we originally thought were unique to humans, allowing us to make rapid decisions in complex social situations. Arguably, would these evolve if they weren’t used for the same (or at least similar) purposes.

One potential reason why we don’t like thinking too much about animal sentience is because we like to kill animals. Some to eat and some, quite simply because we do not like them. Look at those poor spiders in autumn, coming in to find some shelter, only to meet their end being smacked by a slipper wielding human. We also turn a blind eye to systematic cruelty on an mass scale to ensure we save some money on meat at the supermarket. It’s far easier to pretend these animals don’t have feelings or emotions so that we can enjoy a cheap dinner without the emotion of guilt creeping in.

So is animal sentience a big deal? Yes, it is. We need to ensure we include it everywhere to safeguard the welfare of all animals, not just our pets. We live in a world where a lady putting a cat in a bin causes immense public shaming, yet we’ll pop down to the nearest fast food outlet and eat meat that has lived the most abhorrent life ever without thinking twice. It really is time that we spent more time thinking about the thinking beings around us.