Brazil’s Institutions Are Working, but Its Political Party System Is a Disaster

5 Feb 2018 – When Brazil’s former president, Luiz Inácio Lula da Silva, had his conviction for bribery and money laundering upheld this January, it once again forced Brazil to ask whether its government institutions are working, especially the judiciary. But while many on the left still decry Lula’s conviction as a thinly veiled “coup” against anti-neoliberal leaders, there is a growing consensus that due process has been thoroughly (if not always competently) observed.

As the 2018 general elections loom, the integrity of government institutions and the rule of law – exhaustively examined following the impeachment of former president Dilma Rousseff in 2016 – is a no longer Brazil’s primary concern. Instead, recent developments have exposed the chronic weakness of another institution in the Brazilian political playing field, one that is ultimately essential to the functioning of a dynamic and competitive system: the political party.

Puzzlingly, Lula still commands remarkable support among the members of his Worker’s Party (PT), and across much of the left. It’s understandable that Lula might still enjoy the support of a large portion of the working class, especially in his native north-east, where the effects of his enormously successful social policies were most pronounced. Then there is the fact that despite all that’s transpired, Lula still captures around 34% in the polls for this year’s presidential elections. The old Brazilian political adage “they steal, but they get things done” might be as relevant as ever.

It is also not impossible that some PT members still support Lula simply because they are implicated in the fraudulent activities for which party bosses have been jailed. But it’s less clear why several PT luminaries who are otherwise untainted, such as former senator Eduardo Suplicy, remain staunchly faithful to a leader convicted of corruption. One might expect, instead, some kind of mea culpa, an organised intra-party renewal process, or even an outright leadership battle.

Furthermore, despite a slight decline in numbers, the PT has managed to preserve its roughly 1.5m members, the second-largest formal party base in the country. It seems strange that the membership are apparently unwilling to either pressure the party to ditch its main spokesman, or leave the party altogether.

Are the PT’s internal audit mechanisms not functioning? Is power too concentrated at the top, leaving members alienated? Lately, the PT’s only real demonstrations of systematic unison have been the rallies in support of candidate Lula. And if Lula is barred from running – not yet a sure thing – those could soon be over.

Still, the PT is far from the only party with serious problems.

The conservative Social Liberal Party (PSL) is tackling the fallout from a high-profile new member, Jair Bolsonaro. A former policeman and congressman currently serving his seventh term in the national Chamber of Deputies, Bolsonaro is the leading right-wing contender for 2018, currently running second in the polls after Lula. An advocate of torture and defender of the old military dictatorship, Bolsonaro has also demonstrated a limited understanding of the basic functions of government and the economy.

In the wake of the 2013 protests across Brazil, the PSL “incubated” what it called a “startup” movement within its ranks. Named Livres (Free), it is composed of young intellectuals and activists. They share a zealous devotion to the Austrian School of economics, and eagerly circulate YouTube videos of free market godfather Milton Friedman. The plan was to endow PSL with intellectual substance and improve its internal machinery; in exchange, PSL would provide the legally-required party name for Livres members to run for office. 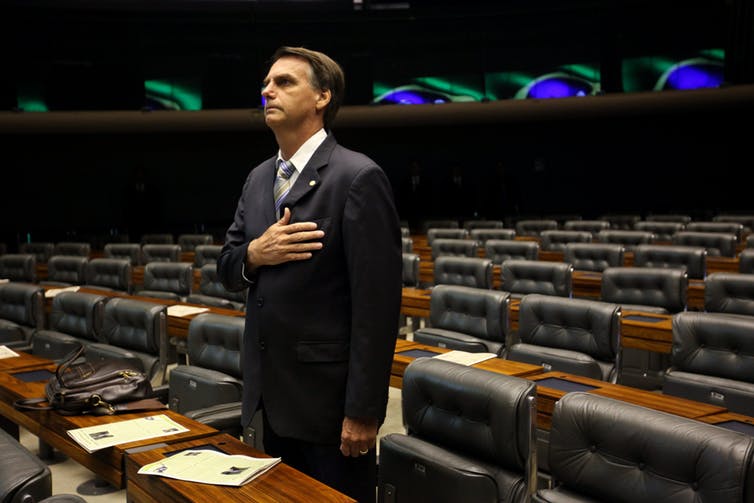 The pact came to a crashing halt when PSL president Luciano Bivar suddenly announced that Bolsonaro would be the PSL’s candidate for the presidency. In an honorable but bold move that might cost it the chance to be in government next year, Livres immediately announced its departure, battered copies of “The Road to Serfdom” and all, from the PSL’s menagerie.

Bolsonaro, meanwhile, has left behind the Progressive Party, under whose auspices he was most recently elected to office. This was in fact the tenth party with which he has identified. Indeed, were it not for Livres and its extraordinarily consistent posture, his latest leap would hardly have raised eyebrows.

So why are these parties all doing so badly? The classic diagnosis of Brazilian political parties is that they are structurally feeble and unresponsive to both their militant bases and society in general. Organisational unity only seems to come together around election time; for the most part, parties in general have informal or ineffectual governance structures, where personal relations – and personalities – tend to matter more than procedural rigour.

The historical reasons for this remain relevant today. As in much of Latin America, parties in Brazil are often mere vehicles for patronage. They are a device for facilitating negotiations between regional and economic interests and the government, all in the guise of democracy. 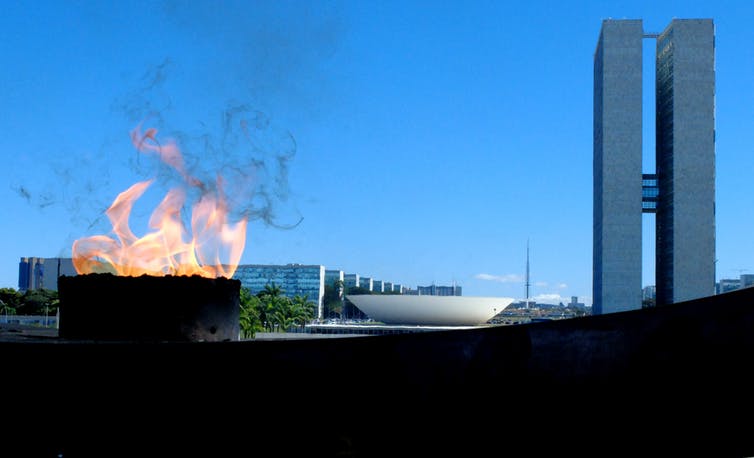 The PT’s history is particularly instructive. It was originally a product of the 1970s New Left, uniting factory workers and intellectuals against the right-wing military government – and at first, it seemed like a promising change. But socioeconomic forces eventually prevailed, and the party ended up reproducing the shortcomings of the wider system. It’s so far too early to tell, but the recent decline in membership may indicate that the PT is headed for the same fate as most of the other parties represented in Congress: small, devoid of ideas, guided by personalities rather than principles, and bankrolled by shady special interests.

It remains to be seen whether new movements like Livres will manage to change Brazilian politics and reverse the chronically low levels of trust in political parties and politicians in general. What’s clear is that something has to give. A recent attempt at overhauling electoral laws aimed to reduce the number of registered parties from 35 to a more manageable 10, but at best, that was a self-serving tweak by legislators. To properly fight corruption and renew the political class, parties need to be transformed from the inside out.