Political Insanity and the Nuclear Posture Review: Washington Threatens America and the World

8 Feb 2018 – When I look at news reports from whichever country, I see no awareness of the two most ominous developments in US history. One is the conspiracy between US security agencies, the US Department of Justice, the Democratic Party and the American print and TV media to overthrow the democratically elected president of the United States.  With “Russiagate” we have been experiencing a coup against President Trump and American democracy. Although the Democrats’ Identity Politics cannot conceive of it, it is possible to be opposed to President Trump without believing that a police state coup against him is desirable. 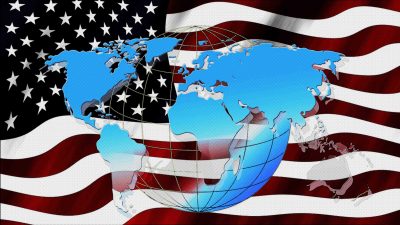 Featured image is from Netivist.

The other ominous development is the just released US Nuclear Posture Review, which calls nuclear weapons “usable,” legitimizes their first use, and sets the stage for spending trillions of dollars acquiring more nuclear weapons when massive public needs go unmet and 10 percent of the existing US arsenal is sufficient to destroy all life on earth.

I have written about these extraordinary developments. See this, for example, and this.

As for the effect it has had, I might as well not have bothered. No government and no news organization of which I am aware has sounded the alarm that the CIA, FBI, DOJ, Democratic Party, and the entirety of the American print and TV media have been caught red-handed in a coup to overthrow the President of the United States, and nothing is being done about it. The coup cannot even be exposed, because the security agencies, media, and Democrats shout down the hard evidence.  Saddam Hussein and Gaddafi were murdered on the basis of total lies, and now the President of the United States faces the same fate.

If the coup against Trump succeeds, the US will have made the full transition into a Gestapo Police State. America will have become the Fourth Reich.

As horrible as this prospect—courtesy of the CIA, FBI, Obama Department of Justice, Democratic Party, and presstitute media—is, the nuclear posture review is many times worse.  During the long decades of the Cold War, no US government would have released a nuclear posture review that legitimized the first use of nuclear weapons against any opponent. The US did have some crazed generals, such as Lemnitzer and Curtis LeMay who were Dr. Strangelove figures, and there was a James Bond movie about an equally crazed, but fictional, Soviet general.

Even 55 years ago crazed generals such as Lemnitzer were too powerful to be fired. President John F. Kennedy was limited to reassigning Lemnitzer, who pressed JFK to adopt a 9/11-type false flag operation known as Operation Northwoods and to launch a preemptive nuclear attack on the Soviet Union.  It unnerved President Kennedy when he realized that he had an insane Chairman of the Joint Chiefs of Staff, but Kennedy stood up to him. President Trump failed to stand up to the neoconized Dr. Strangeloves of our time when Trump endorsed the Pentagon’s new nuclear posture review. Compared to JFK, Trump is milktoast. 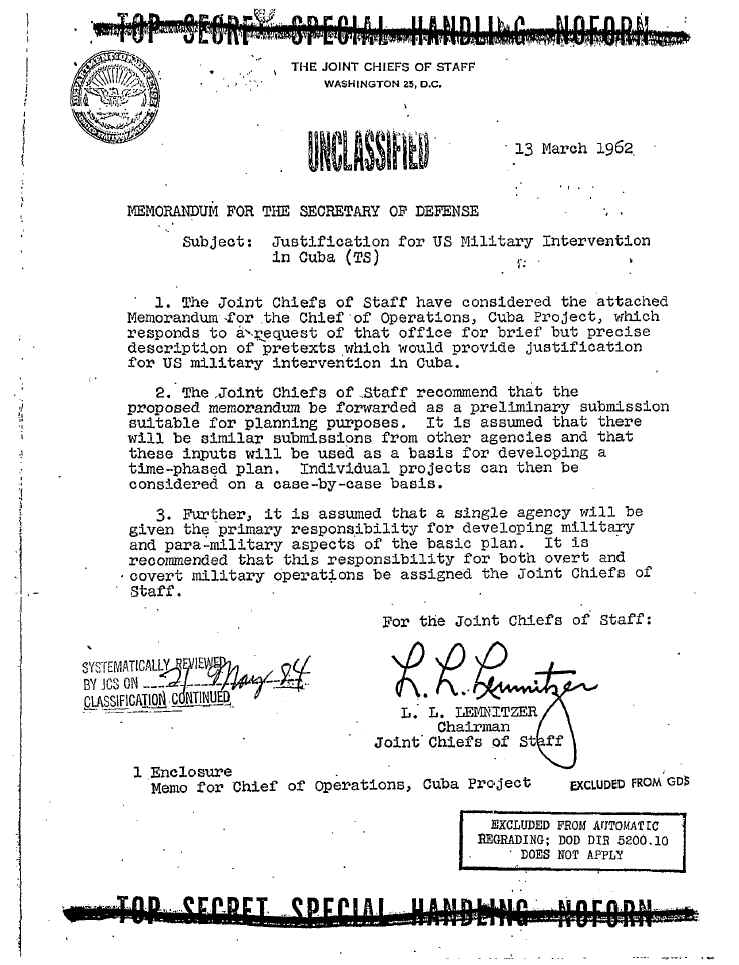 The new American nuclear posture review is a neoconservative document that has within it the destruction of all life on earth.  The insane people responsible for this document are those in the policy positions to implement it. It gives us the paradox that an American president elected in part by his professed intent to normalize relations with Russia has signed off on a posture review that tells Russia and China that Washington has a policy that permits a first strike against them. Clearly, this is not normalizing relations.

Already Russia has experienced a quarter century of American deceit and duplicity. President Gorbachev was promised in exchange for Soviet agreement to the unification of Germany that Washington would not move NATO one inch to the East. But the Clinton Regime moved NATO to Russia’s very border. The George W. Bush Regime withdrew from the anti-ballistic missile treaty. The Obama Regime placed ABM missiles on Russia’s border.  And now the Trump Regime tells Russia and China that they are subject to surprise nuclear attack.

Never in the history of mankind has a more reckless, irresponsible, destabilizing act, one that threatens the entirely of humanity, been committed. It is difficult to imagine a government, even one as criminally insane as the US government, telling nuclear powers such as Russia and China that they are subject to US surprise nuclear attack.

The Hill, a Washington publication, thinks that threatening Russia and China with a first strike is a reasonable step:

When a country intent on world hegemony, as the US clearly is, has a media so compliant with its war intention, the rest of the world had better be on guard. There is no internal check whatsoever on Washington’s aggression toward the world.

Where are the protest voices of the Europeans, the Canadians, the British, the Australians, the Japanese, the South Americans, the Africans, India and Asia? Where are even the voices of Russia and China?  If they exist at all they are hidden behind Russian pretensions of “our Western partners,” and Chinese greed for more profits.

The voices do not exist.

Truth is not good news.  It doesn’t reassure people or make them feel good. People who don’t feel safe don’t go into debt in order to be able to spend money and make profits for the capitalists who own the news and the governments and the businesses.

Armageddon will bring debt forgiveness, thus reviving an economy that will no longer exist, as no one will be here to pay or to collect the debts.