25 Jan 2018 – This essay outlines a new, preliminary perspective of global studies resting on analog and digital processes, and discusses their implications for longstanding key debates in the discipline about war and peace, sovereignty, order, and legitimacy. Digital phenomena were initially thought to be a breakthrough for global civil society and rights. However, a brewing ‘counter-revolution’ of what might be now called the ‘ancien regime’ instead points to digital forms of governmentality closely connected to older, analog hierarchies. 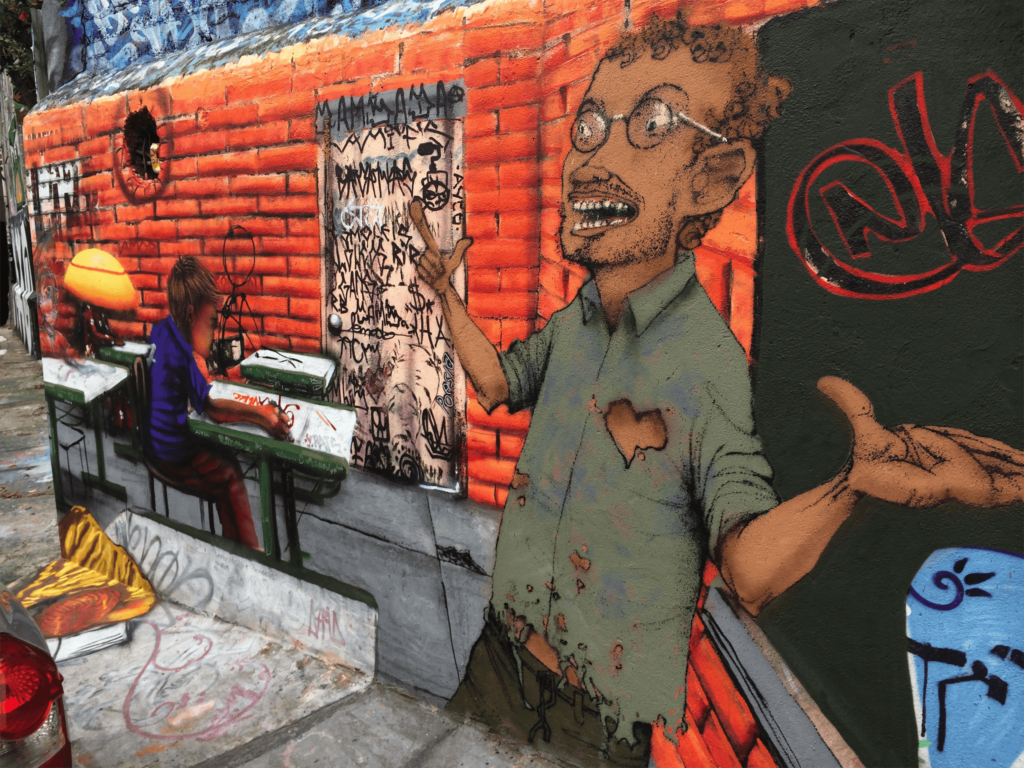 Analog forms of international relations (IR) pertained in a situated world of huge distances, inequalities, obstacles to critical agency, and expanding claims for rights. It was marked by geopolitical power and social frameworks for engagement and critique. This analog world rested upon slow, face-to face, elitist diplomacy and institutions, operating in human time and amplified by twentieth century technologies, in which the industrial West and certain socio-economic classes dominated.

The analog system of IR was based upon geopolitics and territorial sovereignty as ways of organizing power and capital. It had a liberal overlay of normativity that domesticated the worst attributes of geopolitics by focusing on democracy, rights, and trade, normally called the liberal peace. Analog forms of multilateralism were slow and cumbersome, often unwieldy.

Geopolitical and geo-economic rationality prospered in an analog system of IR, leading to constant cycles of systemic and regional wars from the 19th century onwards. In the late 20th century, this eventually evolved into peace-building, state-building, and development that established themselves as conservative systems of intervention, producing negative, liberal or neoliberal forms of peace. It was a historical response to dynamics of violence and system collapse.

The acclaimed publication of Francis Fukuyama’s The End of History and the Last Man, a 20th Century revision of Kant’s Perpetual Peace, effectively marked the apogee of analog international relations. The analog international was marked by several phases of conflict and response in mainstream thinking: the geopolitical phase, responded to by state balancing: the liberal international phase, responded to by strengthening global governance and international law; the post-colonial phase, to which the response was self-determination and the expansion of rights; the neoliberal and geo-economic phase, to which the response was limited forms of state-building and globalization.

For good and bad, the newly emerging digital global offers substantive shifts for the citizen, state, global governance, capital, and international institutions, under conditions dictated by our growing understanding of the Anthropocene. The digital international/ global has six main dynamics:

The digital global is virtual, extremely fast, operates remotely, and might be automated—so access to networks and their control is absolutely crucial. There is a risk, however, that the old international order will dominate the emancipatory global even in the digital domain. Thus it is important to understand the difference between the ‘digital international’ and the ‘digital global’ in critical terms.

The analog system of IR was based upon geopolitics and territorial sovereignty as ways of organizing power and capital. It had a liberal overlay of normativity that domesticated the worst attributes of geopolitics…

Power has shifted from access and control of the key institutions of the territorial state and economy under the analog mode, to the control of networks, nodes, their modes of operation, and their speed and access in digital IR. Digital power connects technology to the state and international system, as well as to research, capital, the military and industry. Simultaneously, digital capacity facilitates global activities and networks of advocacy and resistance pertaining to rights, equality, and justice. The analog rationalities of geopolitics, of territorial sovereignty, and of multilateralism no longer pertain as of old. They are either heavily modified by social claims for justice or, probably more likely, enormously amplified despite social claims. 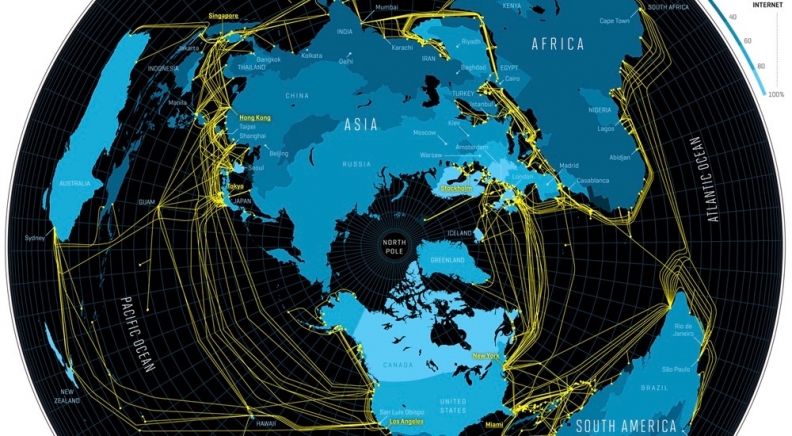 Broken infrastructures and blockages can be avoided though digital and technological advances, and local to international scales can be jumped. In the early days of the digital revolution many thinkers saw possibilities for progress through social networks, communications and transport, global civil society, and technological advances which would bring an end to poverty, injustice, and instability. The digital connects humans, states, institutions, companies, NGOs, and others to networks and a variety of new technologies. This is a massive shift in terms of peace, legitimacy, order, and power, away (though not completely) from territorial sovereignty and the state’s sole legitimate authority structures.

The digital global is virtual, extremely fast, operates remotely, and might be automated—so access to networks and their control is absolutely crucial.

However, while historical liberal solutions were found to war and peace in the analog system (meaning liberal constitutions, law, and intergovernmental institutions after WW1 and WW2), no such solutions have yet been found to the shift of power from the constitution to the market, to the global network defined by capital and technology (rather than rights and justice). Digital (‘atmospheric’) as distinct from liberal industrial powers have not (yet) been reconciled.

The digital shift represents major change for the international system, from being based upon control of territory to the control of networks (relating to capital, technology, knowledge/ information, as well as more traditional class, diplomatic, and military networks). Digital rationalities are ontologically different because the key dimensions of the analog—space/distance, time, power/knowledge—are now fundamentally changed.  Space, distance, and time have collapsed, as transactions take place at incredible distances and speeds (as with capital or missiles). Law, rights, and politics still largely operate at the far slower analog speeds, however. Knowledge is now democratized in digital form, but power has shifted from its control to the control of networks and access to them.

Knowledge is no longer universal as in liberalism but must be disruptive of established consensus and patterns. Digital frameworks fundamentally aim to undermine the checks and balances that maintained existing power relations at social, state, and international levels of analysis, partly by bypassing them with new technologies and frameworks, partly through disruption, and partly through collapsing material conceptions of time, space, distance, and power. Scale jumping ensues, unsettling old political hierarchies with the goal of achieving expanded global rights or blocking them. These dynamics have been useful for ‘global civil society’ and its ‘norm cascades’ in the last 27 years, but also for populist nationalism and the disruption of united political organizations. Digital technologies amplify the power of people and networks, as well as the state, capital, and the international order, but not in the same ways or at the same levels.

Preliminary Thoughts on Peace and Order in Digital International Relations

Significant inequalities remain and might be amplified, and contradictions might be even more politicized. While the early literature indicated that cascades of liberal civil society activism would take over the state, authoritarian power, and the market, offering expanded rights, a more mature view points to how long-entrenched power relations are now reinforcing themselves through digital strategies that enable power to shift into ‘atmospheric’ modes. This means that interests proliferate even faster across these widening networks. Thus, the digital shift may either facilitate a form of digital governmentality, or it may be connected to the expansion of social movements and global rights frameworks, or both together in interrelated ways.

Digital technologies amplify the power of people and networks, as well as the state, capital, and the international order, but not in the same ways or at the same levels.

Digital IR means reduced human rights and democracy, reduced states and their safety nets, along with reduced territorialism, borders, and overall a reduced place for the material world and natural environment as IR shifts to the techno-capitalist geo-economic sphere. Rights, sustainability, and democracy are replaced by a struggle over access to networks and technology, as well as to the crucial sources of energy needed to maintain these. Enormous levels of complexity heighten the risk of systemic collapse, but also endorse the apparent need to develop ways of remotely operating and automating this system (nudging, intervention, etc). Furthermore, the space for global civil society that once appeared to be opening up in order to support the growth of liberal internationalism, the UN system, rights, law, and a free media, is curtailed. However, through digital IR, the neoliberal-technological polity is advancing what may well end up being futile interests against the ultimate structural forces of the Anthropocene.

1000 Gestalten performance-protest ahead of G20 summit in Hamburg, Germany, August 2017.

The very notion of war has shifted into more structural terrains: structural war involves the use of military and structural power to inflict structural (and cultural) violence. It erects or enforces unjustifiable global inequalities, including the various forms of inequality long patrolled by liberal and neoliberal governmentality. Structural war has given rise to new digital forms of governmentality, dependent on ‘atmospheric’ forms of power. They are networked, remote, automated, and more intensely hierarchical than ever before. It is aimed more broadly at disabling the recent critical shifts that have been occurring towards a system of global justice.

More critical versions of digital globalism, by contrast, raise deeper questions of sustainability, equality, and representation, expanding the mobilization of social actors across its networks, utilizing its flexibility and speed, but always in opposition to digital governmentality. For an emancipatory digital globalism a starting point must encompass two key deficits of the old liberal analog peace: material inequality across the international system, made brutally apparent under the conditions provided by global social networks; and environmental sustainability under the epistemologies of the Anthropocene. Global digital legitimacy and authority rests in its critical version on meeting such expanded claims for everyday rights.

The digital framework is of great concern given that the tools for power and conflict are enormously amplified, but those for mitigating their clashes and contradictions are as yet far from commensurate. The analog world is mostly now settled. Digital IR is a mass of dangerous contradictions, so far little understood. A global digital response is urgently required to further peace and progress under the conditions determined by these new technologies, and to enhance sustainability under the conditions of the Anthropocene.

Francis Fukuyama, “The End of History and the Last Man”, The National Interest, 1988.

Oliver Richmond is a Professor of IR, Peace and Conflict Studies at the University of Manchester, UK.