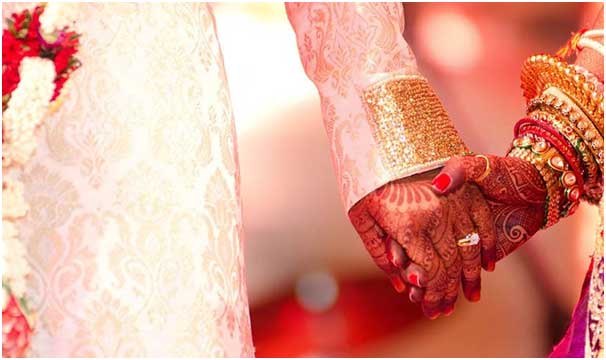 As dowry deaths are embedded in archaic community and family norms, and in a corrupt and ineffective judicial and police system, curbing of this heinous crime remains a daunting challenge.

It is indeed alarming that the rise in dowry deaths is unabated despite greater stringency of anti-dowry laws. In 1961, the Dowry Prohibition Act made giving and taking of dowry, its abetment or the demand for it an offence punishable with imprisonment and fine or without the latter. This was an abysmal failure as dowries became a nationwide phenomenon, replacing bride price. More stringent laws followed. The Criminal Law Amendment Act in 1983 inserted a new section (498-A) to deal with persistent and grave instances of dowry demand and such offences were punishable with imprisonment extendable to three years. As cases of brutal harassment and dowry deaths continued to rise, another Act was passed in 1986, relating specifically to the offence of dowry death.

Such deaths were punishable with imprisonment for a period not less than seven years, but may extend to life imprisonment. The Supreme Court bench comprising Justices Altamas Kabir and H.L. Gokhale, in their judgement (Durga Prasad & Anr vs State of MP) on 14 May 2010, rejected an appeal for dowry death on the grounds that, apart from the fact that the woman had died on account of burn or bodily injury, otherwise than under normal circumstances, within seven years of her marriage, it had also to be shown that soon before her death, she was subjected to cruelty or harassment by her husband or any relative of her husband for, or in connection with, any demand for dowry. Only then would such death be called a “dowry death” and such husband or relative shall be deemed to have caused the death of the woman concerned. It is of course arguable that establishing priority in time of cruelty against the female spouse before her death or “suicide”—alleged or otherwise—is yet another major and nearly insurmountable hurdle in punishing the perpetrators of dowry deaths.

Conviction rates for dowry deaths at all-India level have hovered around a low of one-third of registered cases. In fact, the conviction rate was about 32% in 2001 and fell to about 30% in 2016, pointing to growing inefficiency of the judicial and police systems. Besides, in several states (notably Andhra Pradesh, Karnataka, Maharashtra, and Telangana), the conviction rates were abysmally low (10% or lower). Worse, in some of these states (notably, Maharashtra and Andhra Pradesh), there were sharp reductions from already low levels in 2001. The variation across states remained high in both years, suggesting that the gaps between high and low conviction rates were large.

Media reports abound in bestiality towards a bride, with the natal family failing to comply with hugely inflated dowry demands and subsequent extortionary demands. As if daily humiliation, wife beating, torture, threats of bodily harm, and forced sex with male relatives were not ghastly enough, often brutal killings through wife-burning, or asphyxiation, and not infrequently through hired assassins follow in quick succession. The natal family is left a silent spectator constrained by tradition, custom, lack of resources for legal redressal and not least by perceived difficulty of marrying another daughter. It is thus not an exaggeration that the distinction between dowry death and murder is blurry.

New insights emerge from our econometric analysis of panel data of dowry deaths at the state level, constructed from the National Crime Records Bureau for the period 2001-2016, and other supplementary data from the RBI and the Census. This allows us to isolate the contributions of several factors including marriage squeeze (age adjusted ratio of females to males), state affluence, conviction rates, nature of political regime, and the Supreme Court judgement of 2010 to the variation in the incidence of dowry deaths (or ratio of dowry deaths to women’s population in a state).

Marriage squeeze is used as a proxy for surplus of marriageable women over marriageable men or scarcity of the latter in a stylized marriage market. If there is a growing scarcity of such men in the marriage market, higher dowries are likely and so more dowry deaths may occur. Thus higher sex ratios result in more dowry deaths. The greater the affluence of a state, the higher was the incidence of dowry deaths. The effect of conviction is negative and significant, pointing to the important role of speedy convictions in lowering dowry deaths. We also examined whether coalitions of BJP and Congress governments at the state level were associated with dowry deaths. We find that both political regimes lowered dowry deaths, but with a larger reduction in BJP coalitions. Why coalition governments are more effective than regimes with one party needs further investigation.

Finally, as dowry deaths are embedded in archaic community and family norms, and in a corrupt and ineffective judicial and police system, curbing of this heinous crime remains a daunting challenge. Whether the Beti Bachao Beti Padhao campaign is a likely solution is over-optimistic, if not reductionist.