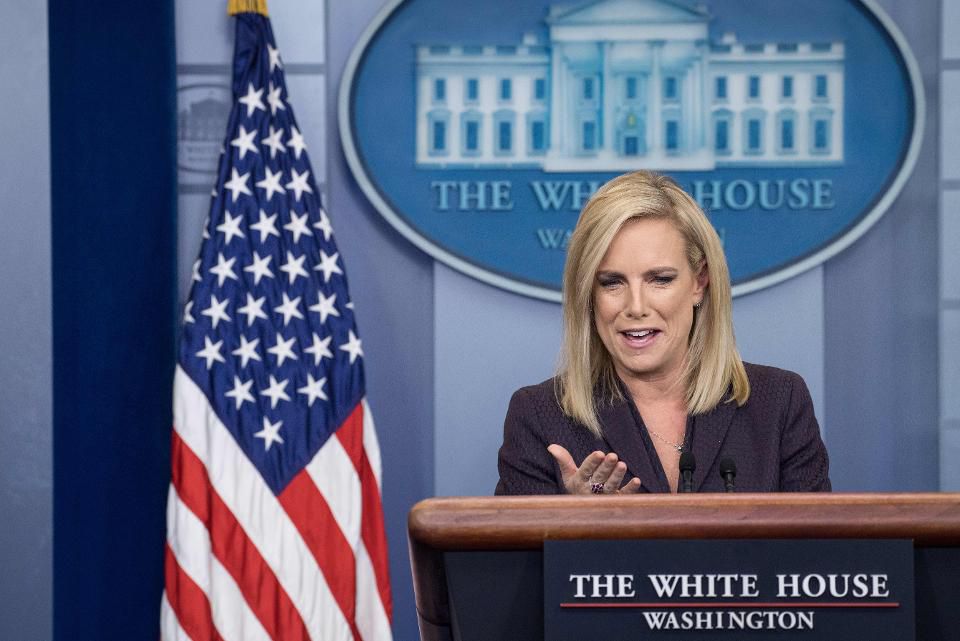 6 Apr 2018 – In today’s installment of “I’m Not Terrified, You Are,” Bloomberg Government reports on a FedBizOpps.gov posting by the Department of Homeland Security (DHS) with the relatively benign-sounding subject “Media Monitoring Services.”

The details of the attached Statement of Work, however, outline a plan to gather and monitor the public activities of media professionals and influencers and are enough to cause nightmares of constitutional proportions, particularly as the freedom of the press is under attack worldwide.

And “attack” is not hyperbolic.

Every day, journalists face serious consequences including physical violence, imprisonment and death. A few days ago, the Committee to Protect Journalists launched its annual Free The Press campaign to raise awareness about imprisoned journalists throughout the world. On May 3, UNESCO will once again mark World Press Freedom Day “to inform citizens of violations of press freedom — a reminder that in dozens of countries around the world, publications are censored, fined, suspended and closed down, while journalists, editors and publishers are harassed, attacked, detained and even murdered.”

Meanwhile, the United States government, traditionally one of the bastions of press freedom, is about to compile a list of professional journalists and “top media influencers,” which would seem to include bloggers and podcasters, and monitor what they’re putting out to the public.

What could possibly go wrong? A lot.

As part of its “media monitoring,” the DHS seeks to track more than 290,000 global news sources as well as social media in over 100 languages, including Arabic, Chinese and Russian, for instant translation into English. The successful contracting company will have “24/7 access to a password protected, media influencer database, including journalists, editors, correspondents, social media influencers, bloggers etc.” in order to “identify any and all media coverage related to the Department of Homeland Security or a particular event.”

“Any and all media coverage,” as you might imagine, is quite broad and includes “online, print, broadcast, cable, radio, trade and industry publications, local sources, national/international outlets, traditional news sources, and social media.”

The database will be browsable by “location, beat and type of influencer,” and for each influencer, the chosen contractor should “present contact details and any other information that could be relevant, including publications this influencer writes for, and an overview of the previous coverage published by the media influencer.”

One aspect of the media coverage to be gathered is its “sentiment.”

Anyone else just pull their blanket up over them a little more tightly? Just me?

Why “Media Monitoring” and Why Now?

DHS says the “NPPD/OUS [National Protection and Programs Directorate/Office of the Under Secretary] has a critical need to incorporate these functions into their programs in order to better reach Federal, state, local, tribal and private partners.” Who knows what that means, but the document also states the NPPD’s mission is “to protect and enhance the resilience of the nation’s physical and cyberinfrastructure.”

That line makes it sound as if the creation of this database could be a direct response to the rampant allegations of Russian interference in the 2016 U.S. presidential election — although President Donald Trump, who has normalized the term “fake news,” can’t seem to decide whether that’s even an issue or not.

Facebook CEO Mark Zuckerberg thinks it is. Earlier this week, he announced the social networking site would remove “more than 270 pages and accounts operated by a Russian organization called the Internet Research Agency” in an effort “to protect the integrity of elections around the world.”

Within the context of increasing concerns over “fake news” and foreign interference in elections, an action such as the DHS’s database might seem, at first glance, to be a sensible approach.

Unfortunately, increasing government encroachment on the freedom of the press is the sinister backdrop to all of this. Freedom House, which has monitored the status of the press for nearly 40 years, recently concluded that global media freedom has reached its lowest level in the past 13 years. The independent watchdog organization blames “new threats to journalists and media outlets in major democracies” as well as “further crackdowns on independent media in authoritarian countries like Russia and China.” And then it goes one step further.

“But it is the far-reaching attacks on the news media and their place in a democratic society by Donald Trump, first as a candidate and now as president of the United States, that fuel predictions of further setbacks in the years to come,” the report said.

Could the DHS media database be such a setback?

Possibly, and it’s not even the first time potential regulation of journalists has drifted across the American political scene.

Last October, an Indiana lawmaker proposed that journalists be licensed. Representative Jim Lucas’s bill was mostly a publicity stunt, but could this DHS action be a way for the government to keep track of American and foreign journalists as well as “citizen journalists,” threatening not only the freedom of the press but also individual freedom of speech?

The real question, of course, is what the government plans to do with the information it compiles, and there’s been no comment on that beyond what is in the posting, which, by the way, has interest from at least seven companies. Will those on the DHS media database be questioned more harshly coming in and out of the country? Will they have trouble getting visas to go to certain countries for their own reporting or personal vacations? Worse?

Speaking of visas — and showing that social media activity is squarely on the radar of this administration — earlier this week, the State Department placed two notices in the Federal Register seeking comments on its proposal to require that all visa applicants to the U.S. turn over their social media information for the previous five years.

Regarding the DHS media database, we are entering potentially dangerous territory with the government keeping track of the “sentiment” of citizens and foreign nationals. If not legal challenges from organizations that defend press freedom and freedom of speech interests, the government should expect, at the very least, backlash from the public.

And that means you. If you think the idea of the U.S. government’s compiling and monitoring a list of media professionals and “top media influencers” is a potential threat to democracy, now would be the perfect time to call your local and congressional representatives to let them know how much you value a free press and the freedom of speech, just in case they’ve forgotten.

Michelle Fabio , contributor: I write about when media/entertainment and the law collide. Opinions expressed by Forbes Contributors are their own.

* A previous version of this article incorrectly referred to the “Statement of Work” as a “Request for Information.”